Race Recap: Gordon starts Contender Round with a top-10

Race Recap: Gordon starts Contender Round with a top-10 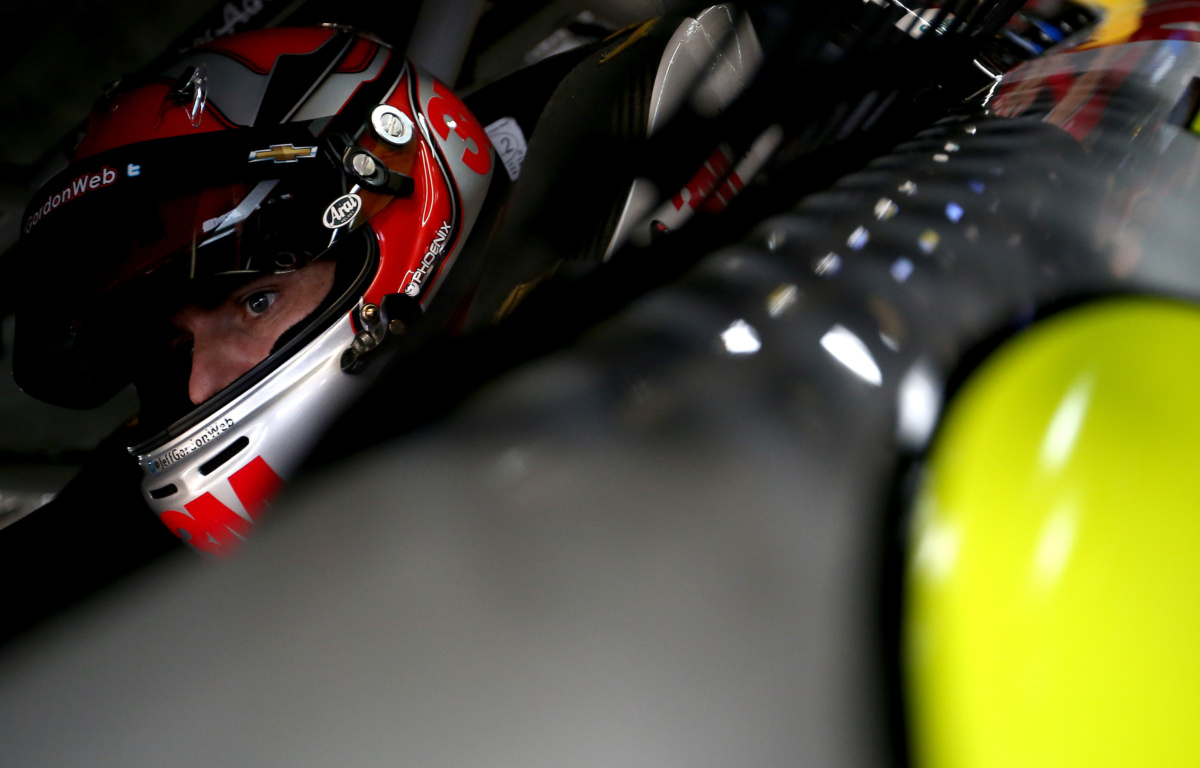 CONCORD, N.C. – Jeff Gordon began his Contender Round of the Chase for the NASCAR Sprint Cup with a top-10 finish.

What was scheduled as a Saturday night race was postponed due to inclement weather, and on a sunny Sunday at Charlotte Motor Speedway, Gordon finished eighth in the Bank of America 500.

His fellow Chase driver Dale Earnhardt Jr. was not as fortunate, as contact with the wall sent him multiple laps down and he ultimately finished 28th.

Teammates Jimmie Johnson and Kasey Kahne saw their races end prematurely, as both were forced to head to the garage prior to the checkered flag waving. Johnson was scored 39th, while Kahne was scored 43rd.

Below is a detailed look at how the four Hendrick Motorsports drivers fared in Sunday’s Bank of America 500.

KASEY KAHNE, NO. 5 HENDRICKRIDEALONG.COM CHEVROLET SS
FINISHED: 43rd
STANDINGS: 18th
RECAP: Kahne rolled off the grid 20th Sunday, but made his way to the door of the top 15 by Lap 20, settling into 16th.After a competition caution at Lap 25 that saw Kahne make a quick pit stop, he returned to the track in 13th for the restart. However, on Lap 40, Kahne had to head to pit road due to a tire going down. He fell two laps down and returned to the track in 41st, but on Lap 60 he made contact with the wall and was forced to head to the garage for repairs. Ultimately the contact with the wall ended Kahne’s day, and he was scored 43rd.

JEFF GORDON, NO. 24 3M CHEVROLET SS
FINISHED: 8th
STANDINGS: 7th
RECAP: Gordon began the second round of the Chase from outside the top 20 in 22nd, and at the start of the race he battled the No. 24 3M Chevrolet SS to gain any ground. At the competition caution on Lap 25, he was in 23rd, but after a speedy pit stop by the No. 24 team, he returned to the track in 18th. He hovered near the 20th position for the first 100 laps of the race, settling into 18th on Lap 105. Gordon told his team he was battling his car’s handling as he headed onto pit road for a green-flag stop on Lap 127. By Lap 173, Gordon was in 13th and told his crew that his car was “much better.” He continued moving toward the top 10, and with 106 laps to go, he found it, moving into 10th. Three laps later, he moved into the lead as competitors headed to pit road before Gordon made his own green-flag stop. He returned to the track in 10th before a caution flag flew. He continued battling inside the top 10 for the remainder of the race, ultimately finishing eighth.

JIMMIE JOHNSON, NO. 48 LOWE’S RED VEST CHEVROLET SS
FINISHED: 39th
STANDINGS: 14th
RECAP: Starting seventh, Johnson fell to eighth when teammate Earnhardt passed him just before Lap 20. After the competition caution on Lap 25, Johnson returned to the track in 14th, but began gaining ground once again. When Earnhardt made contact with the wall and caused a caution on Lap 75, Johnson remained on the track and restarted fourth, quickly jumping to third on the restart. On Lap 173, Johnson found himself in the runner-up position, though he fell back to third 30 laps later. With 103 laps remaining, he once again found second place before heading to pit road for a green-flag stop. He returned to the track in fifth with less than 100 laps remaining. On Lap 260, however, Johnson was forced to head to the garage after reporting a problem with the No. 48 Lowe’s Red Vest Chevrolet SS. The issue ended his day and he was scored 39th.

DALE EARNHARDT JR., NO. 88 NATIONWIDE CHEVROLET SS
FINISHED: 28th
STANDINGS: 11th
RECAP: Earnhardt kicked off his Contender Round from the 12th position, but quickly got to work in the No. 88 Nationwide Chevrolet SS. By Lap 20, he was in seventh just ahead of teammate Johnson. He remained just inside the top 10 for the first 60 laps, but returned to the track from a pit stop during a caution in 12th. Once again he quickly moved through the pack up to ninth, though on Lap 69 contact with a competitor forced him toward the wall. He dropped back to 19th, and six laps later he made contact with the wall once again to force a caution. He headed to pit road several times for repairs, and returned to the track in 38th down one lap. On the restart, he jumped to 34th, setting himself up to be the “Lucky Dog” at the time. However, more competitors were lapped, leaving Earnhardt with work to do to move back into position as the first car a lap down. As competitors began to make green-flag pit stops, Earnhardt stayed on the track to regain a lap and hoping for a caution, but was lapped once again before ultimately heading to pit road for his green-flag stop on Lap 136. He returned to the track in 33rd down two laps, but when a caution flag waved at the halfway mark for debris, he stayed off of pit road and took a wave-around to go back to just one lap down. When another caution flag waved shortly thereafter, he headed to pit road for fresh tires and fuel, restarting 27th just one lap down with 153 laps remaining. After finding a slick spot on the track, Earnhardt made contact with the wall once again, forcing him back to pit road multiple times for repairs. He returned to the track down three laps just outside of the top 30. He continued battling for the remainder of the race, but could not make up the laps, finishing 28th.