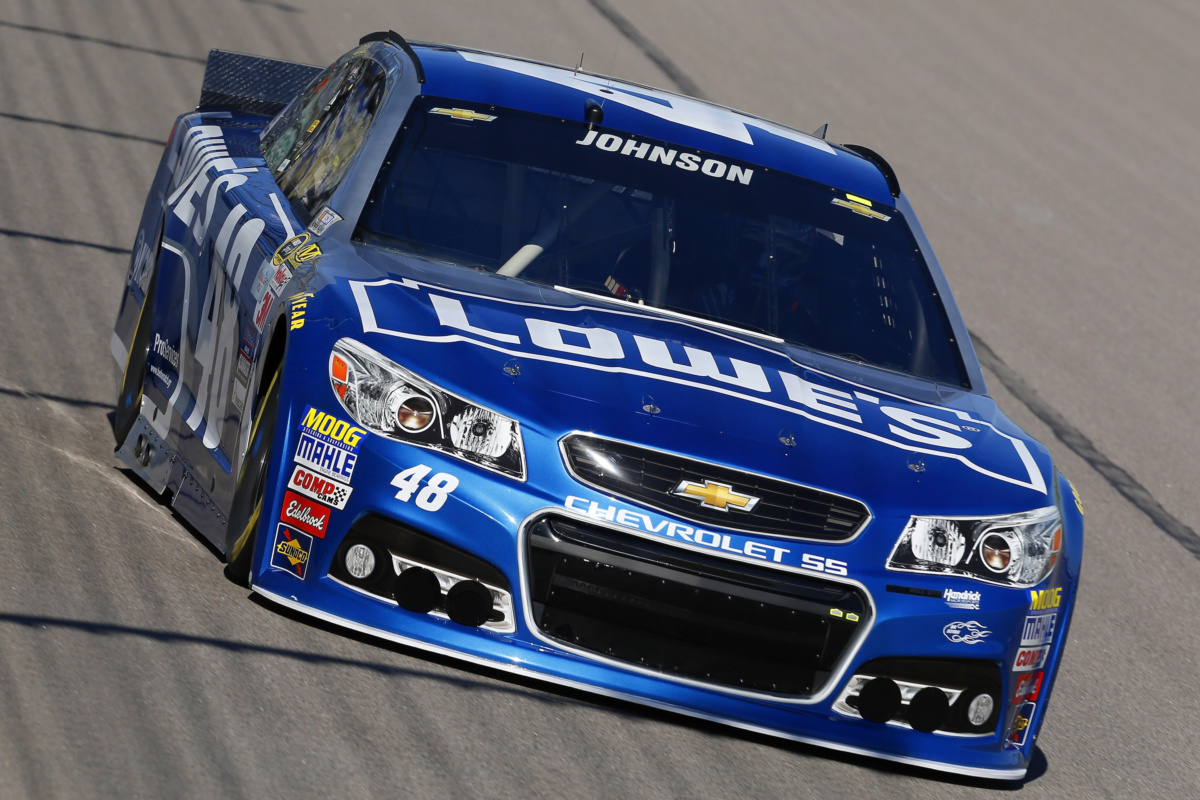 "Extremely proud of the team for never giving up and fighting so hard," Gordon said.

Below is a look at how all four Hendrick Motorsports drivers fared Sunday afternoon.

KASEY KAHNE, NO. 5 LIFTMASTER CHEVROLET SS
FINISHED: 4th
STANDINGS: 18th
RECAP: Kahne rolled off the grid 24th, but by Lap 25 he was running in the 15th position. During the first caution on Lap 30, Kahne brought his No. 5 LiftMaster Chevrolet down pit road for four tires and restarted the race 13th. From there, he continued to maintain his top-15 position. Kahne eventually raced his way past a few more cars to crack the top-10 by Lap 125, where he settled in running 10th. He patiently gained a few more positions and took over the seventh position on Lap 195. After a round of green-flag pit stops, Kahne entered the top five on Lap 224. After a green-white-checkered finish, Kahne crossed the finish line fourth.

JEFF GORDON, NO. 24 3M CHEVROLET SS
FINISHED: 10th
STANDINGS: 5th
RECAP: Gordon led his Hendrick Motorsports teammates to the green in sixth, but fell out of the top 10 by Lap 5. He continued to shuffle back through the pack and after taking four tires during a caution on Lap 64, Gordon restarted 26th. He started to make up a few spots and by Lap 100 he was running 22nd. After having to make two trips down pit road during the third caution on Lap 109, he restarted his No. 24 3M Chevrolet SS 23rd. After the fourth caution came out, Gordon restarted the race back inside the top 20 in 16th on Lap 159 and gained a few more spots to 12th by Lap 178. After making a green-flag pit stop on Lap 219, the No. 24 maintained its 12th spot. When the checkered flag waved, Gordon was 10th.

JIMMIE JOHNSON, NO. 48 LOWE’S CHEVROLET SS
FINISHED: 3rd
STANDINGS: 14th
RECAP: Johnson started Sunday’s race 21st, but quickly moved to the 11th position by Lap 25. He continued to climb up the standings and entered the top 10 for the first time on Lap 42. Johnson kept driving his No. 48 Lowe’s Chevrolet SS through the field and on Lap 107 he took over the second position. After a restart on Lap 159, Johnson was shuffled back to fourth. On Lap 203 he took back over the second position. The race ended with a green-white-checkered finish and Johnson led his teammates to cross the finish line third.

DALE EARNHARDT JR., NO. 88 HALO 5: MASTER CHIEF CHEVROLET SS
FINISHED: 21st
STANDINGS: 11th
RECAP: When the green flag dropped, Earnhardt rolled off in the 15th position. When the first caution of the race came out on Lap 30, Earnhardt made a stop down pit road for four tires and restarted the race 17th. He continued to gain spots and on Lap 100 he was running 12th. The No. 88 Halo 5: Master Chief Chevrolet SS found the top 10 on Lap 117, but quickly lost a few spots to 12th. On Lap 165, Earnhardt made an unscheduled pit stop for four tires after discovering a loose wheel and he returned to the track 26th and one lap down. From there he continued to gain a few more positions and was 21st in the free pass position by Lap 191. Earnhardt eventually crossed the finish line 21st.