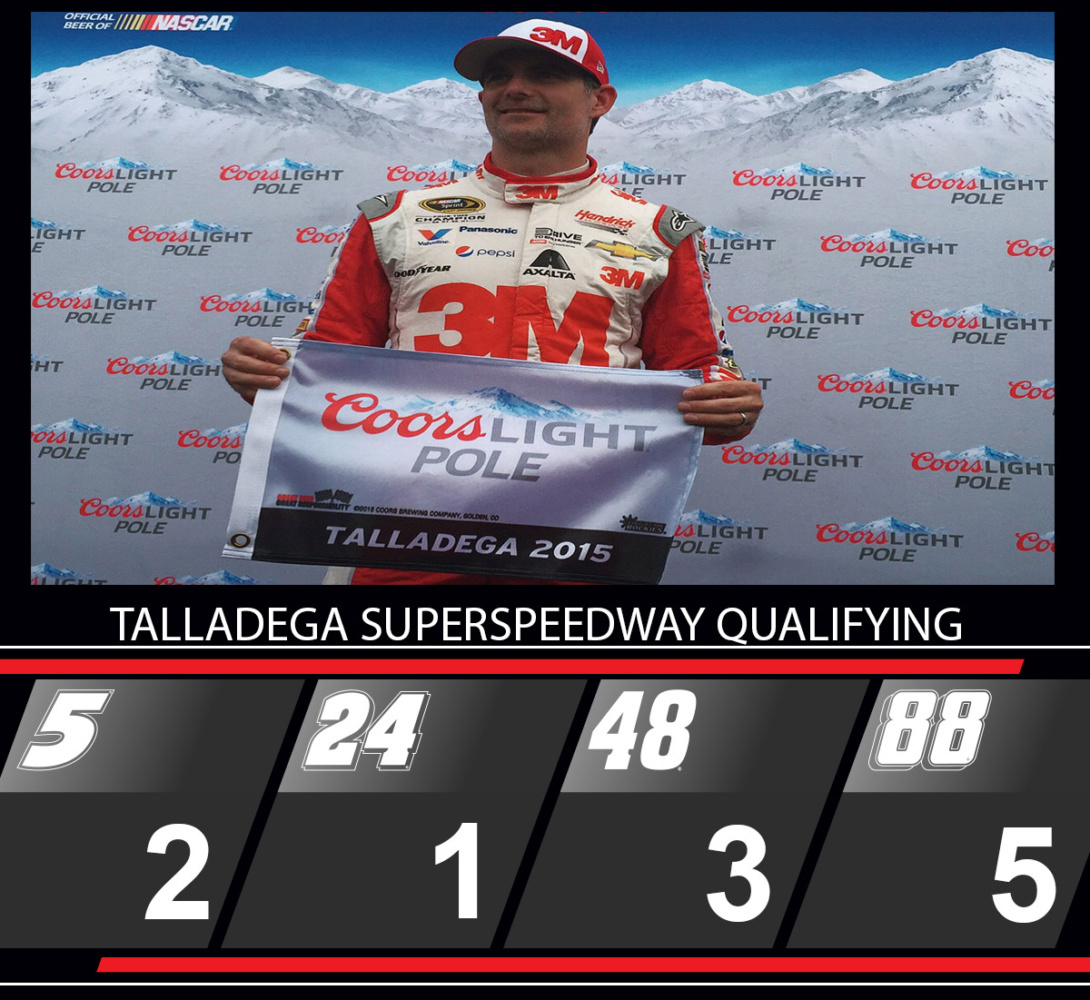 TALLADEGA, Ala.— In his last full-time season competing in the NASCAR Sprint Cup Series, Jeff Gordon has swept the pole positions in both Talladega Superspeedway races.

This Sunday, the No. 24 3M Chevrolet SS will once again lead the field to green at the 2.66-mile oval after posting the fastest time during Saturday's qualifying session.

Joining Gordon on the front row will be Kasey Kahne on the outside pole in the No. 5 Time Warner Cable Chevrolet SS.

“These guys have done such as amazing job,” said Sunday’s pole-sitter at Talladega Superspeedway. “This is where the work of the team continues—to try and make sure we do everything right.”

Just behind Gordon and Kahne was fellow Hendrick Motorsports driver Jimmie Johnson, who qualified the No. 48 Lowe's Chevrolet SS third.

Dale Earnhardt Jr. will round out the Hendrick Motorsports teammates in fifth driving the No. 88 Diet Mountain Dew Chevrolet SS at the 2.66-mile track.

The two Chase competitors, Gordon and Earnhardt, will compete to be one of the eight drivers to advance into the Eliminator Round of the Chase for the NASCAR Sprint Cup.