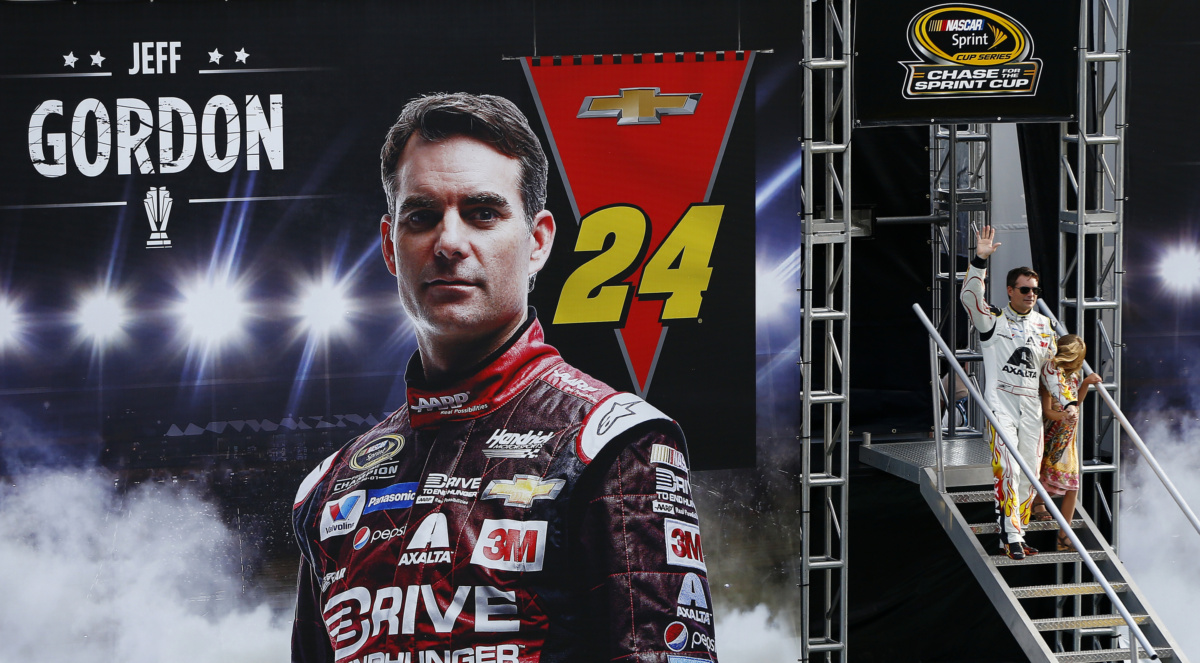 LAS VEGAS – Thursday in Las Vegas, NASCAR Chairman and CEO Brian France kicked off the NASCAR NMPA Myers Brothers 2015 Awards Luncheon by celebrating Jeff Gordon, noting the impact he has left for drivers that will follow in his footsteps.

"Can you put back in more than you take out?" France said of Gordon's impact on the sport. "Nobody's done that better than Jeff Gordon."

As the driver of the No. 24 Chevrolet SS’ full-time NASCAR Sprint Cup Series career comes to a close, the manufacturer for which he has driven since his very first race in 1992 made sure to honor him in the best way possible.

After a video highlighting Gordon’s many accomplishments, Chevrolet U.S. Vice President of Performance Vehicles and Motorsports Jim Campbell presented the driver with the first ever Chevrolet Lifetime Achievement Award.

"Jeff has been a great champion on the track, and as Brian said earlier, he has been a tremendous champion and partner off the track for all of us," Campbell said. "Jeff has certainly helped drive results on the track. Brian said this earlier, too, but what he does for other people is really special. He has supported so many charities that have helped so many people."

Gordon joined Campbell on stage to accept the trophy, which features the famous cross flags from the 1965 Chevrolet Corvette.

"Those cross flags are pretty special for all of us at Chevrolet and we know, Jeff, you love Corvette in so many ways also," Campbell said, as Gordon nodded enthusiastically. "So thank you for the great partnership."

In addition, Chevrolet announced the donation of a 2016 Corvette Z06 to benefit the Jeff Gordon Children’s Foundation.