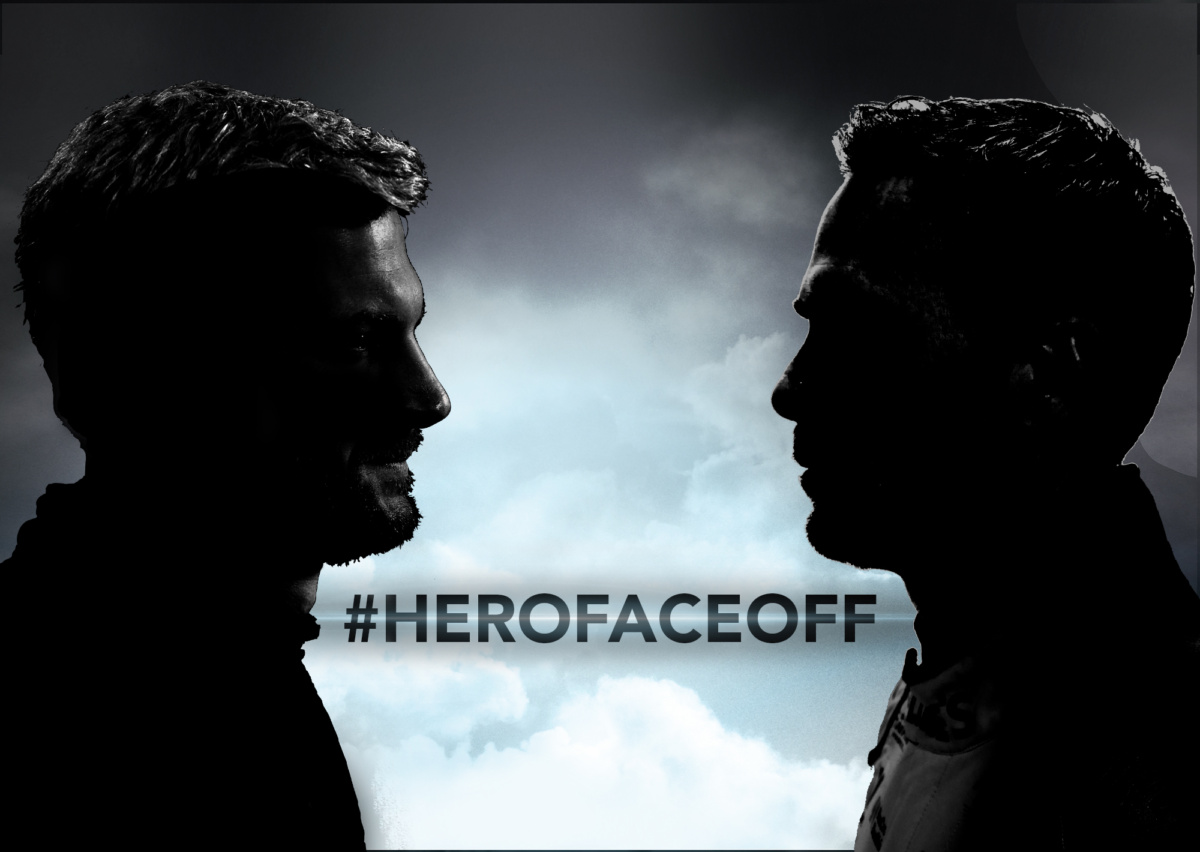 The “Batman v Superman: Dawn of Justice” paint schemes were co-developed by Warner Bros. Consumer Products and Hendrick Motorsports. Earnhardt's paint scheme will showcase the Batman emblem and textures of the Caped Crusader’s suit, while Johnson's car will feature the iconic S-shield and Superman suit textures. Additionally, Earnhardt and Johnson will wear custom-designed fire suits during the race weekend that feature the respective Super Hero logos.

“Hendrick Motorsports is the ultimate team in racing, with championship-caliber drivers and a proven track record of success, and we are thrilled to continue working with them to build out innovative activations that pair their drivers with the world’s most recognized Super Heroes,” said Dave Hedrick, senior vice president, Global Promotions, Branded Foods, Studio Licensing, Warner Bros. Consumer Products. “Fans of Dale Earnhardt Jr. and Jimmie Johnson will love seeing their heroes face off as they take on the personas of DC Comics’ legendary characters from ‘Batman v Superman: Dawn of Justice.’”

Hendrick Motorsports, along with its partners Nationwide and Lowe’s, have also teamed with WBCP to create “Batman v Superman: Dawn of Justice” at-track activations for fans of all ages during the California race weekend. In addition to giveaways and themed activities, select costumes from the film will be on display. Licensed merchandise featuring the “Batman v Superman: Dawn of Justice” paint schemes for the Nos. 48 and 88 cars will be available at participating retailers and online beginning Jan. 22.

“Nationwide is excited to join forces with Dale Earnhardt Jr. and Batman, two iconic figures in their respective worlds, to create this incredible duo,” said Mike Boyd, Nationwide’s senior vice president of marketing. “We're looking forward to seeing our No. 88 Nationwide Batman paint scheme on the track and are sure it will be big fun for millions of race and Batman fans alike.”

As part of its involvement, Nationwide is offering one lucky fan a once-in-a-lifetime opportunity to attend the premiere of the film. The prize package includes airfare, lodging, two tickets to Sunday’s race, a meet-and-greet opportunity with Earnhardt, two tickets to the red carpet premiere and more. Fans can visit http://www.nationwidebatman88.com to enter the contest.

“Jimmie has long been a Super Hero to the 265,000 Lowe’s employees nationwide,” said Lawrence Lobpries, Lowe’s vice president of consumer marketing. “In addition to putting a bold, unique paint scheme featuring Superman, one of the world’s greatest Super Heroes, in front of our passionate Team 48 fans, this partnership allows us to engage a new audience by bringing the thrill and action of the movie and NASCAR to our stores across the country.”

On March 24, the eve of the “Batman v Superman: Dawn of Justice” release, Lowe’s stores nationwide will host a free Superman-themed Build and Grow clinic, where families can build a wooden replica of Johnson’s Superman race car. Parents can register their children at www.lowes.com/buildandgrow beginning in March.

Announced in 2014, WBCP and Hendrick Motorsports are engaged in an ongoing strategic partnership to build on- and off-track programs teaming star drivers Kasey Kahne, Chase Elliott, Johnson and Earnhardt with the most recognized characters in DC Comics Super Hero lore. Team partners have exclusive opportunities to align with Warner Bros. Consumer Products and DC Comics-inspired releases. Collaborations have since taken place around Sprint Cup events at Charlotte Motor Speedway and Michigan International Speedway.

“Delivering more value to our relationships is something we think about every single day,” said Patrick Perkins, Hendrick Motorsports’ vice president of marketing. “The ability to bring together tremendous partners like Lowe’s and Nationwide and align them with arguably the year’s biggest action adventure film is an extraordinary opportunity. It creates ways to excite and entertain our current fans, reach new audiences and build special programs around everything from licensed merchandise to sweepstakes. When we began working with DC Entertainment, this is exactly the type of program we all envisioned, and we’re proud to be involved.”