What We Learned: Atlanta Motor Speedway

Andrews excited for 'new opportunity' with Next Gen Chevrolet

Larson, Daniels refuse to get comfortable with champion status

Road to the championship: Look back at Larson's biggest 2021 moments

What We Learned: Atlanta Motor Speedway 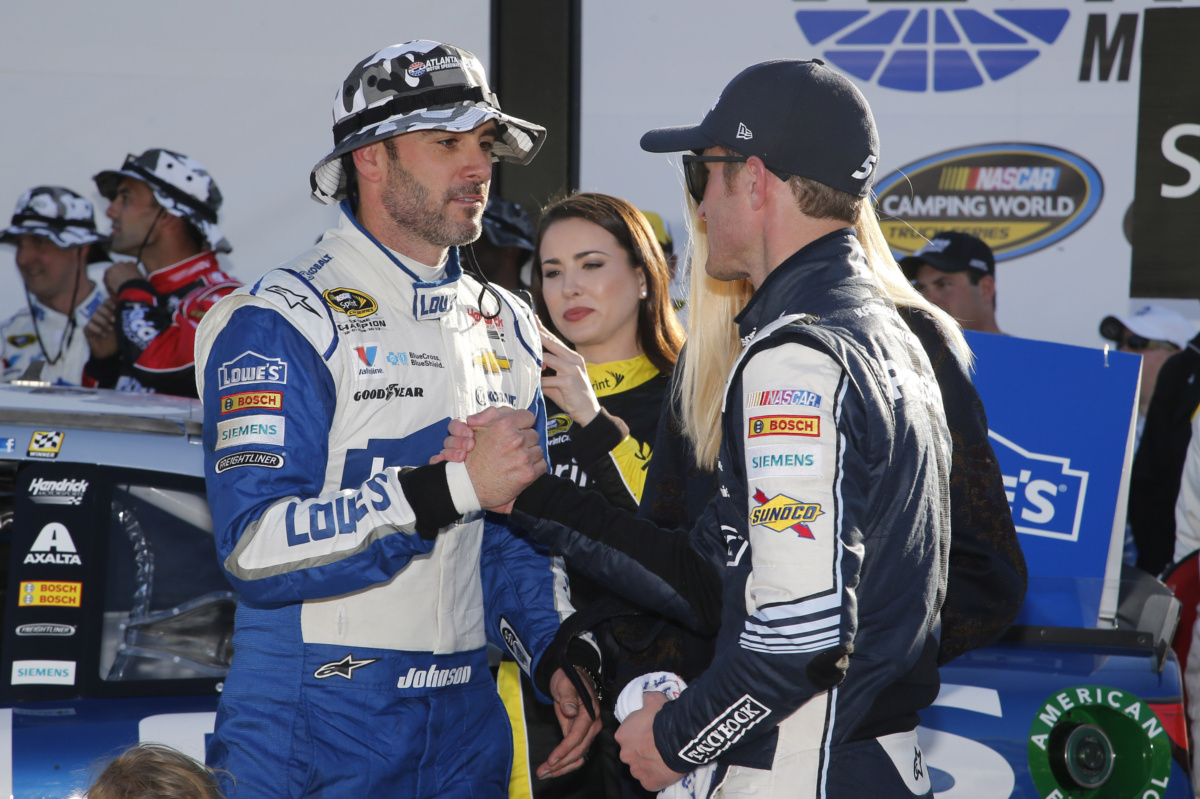 Here's what we learned along the way.

GEORGIA ON HIS MIND

To Johnson, Atlanta Motor Speedway feels like a special track for the No. 48 team.

That was further cemented Sunday afternoon when the driver notched his fifth career Atlanta win, which leads all active drivers at the 1.54-mile oval.

“I don't know why some tracks work that way, but we had some real magic here for a long time, and then we kind of lost it,” Johnson said. “So until our win last year, I was like, ‘Where did it go?’ I wished it would come back.”

When Johnson began last season’s Atlanta race in 37th, he was likely still questioning the missing magic. But he raced his way through the field to lead 92 laps and ultimately earn the win.

Now, Johnson has back-to-back wins at the track, making it the sixth track where he has won at least five times.

“I guess more than anything I'm starting to build the confidence back about this racetrack. I've had some massive moments here,” he said. “They were all really late-race moments, and then sure enough here again, the way this one finished out, it was in that same vein, so it's amazing that way.” 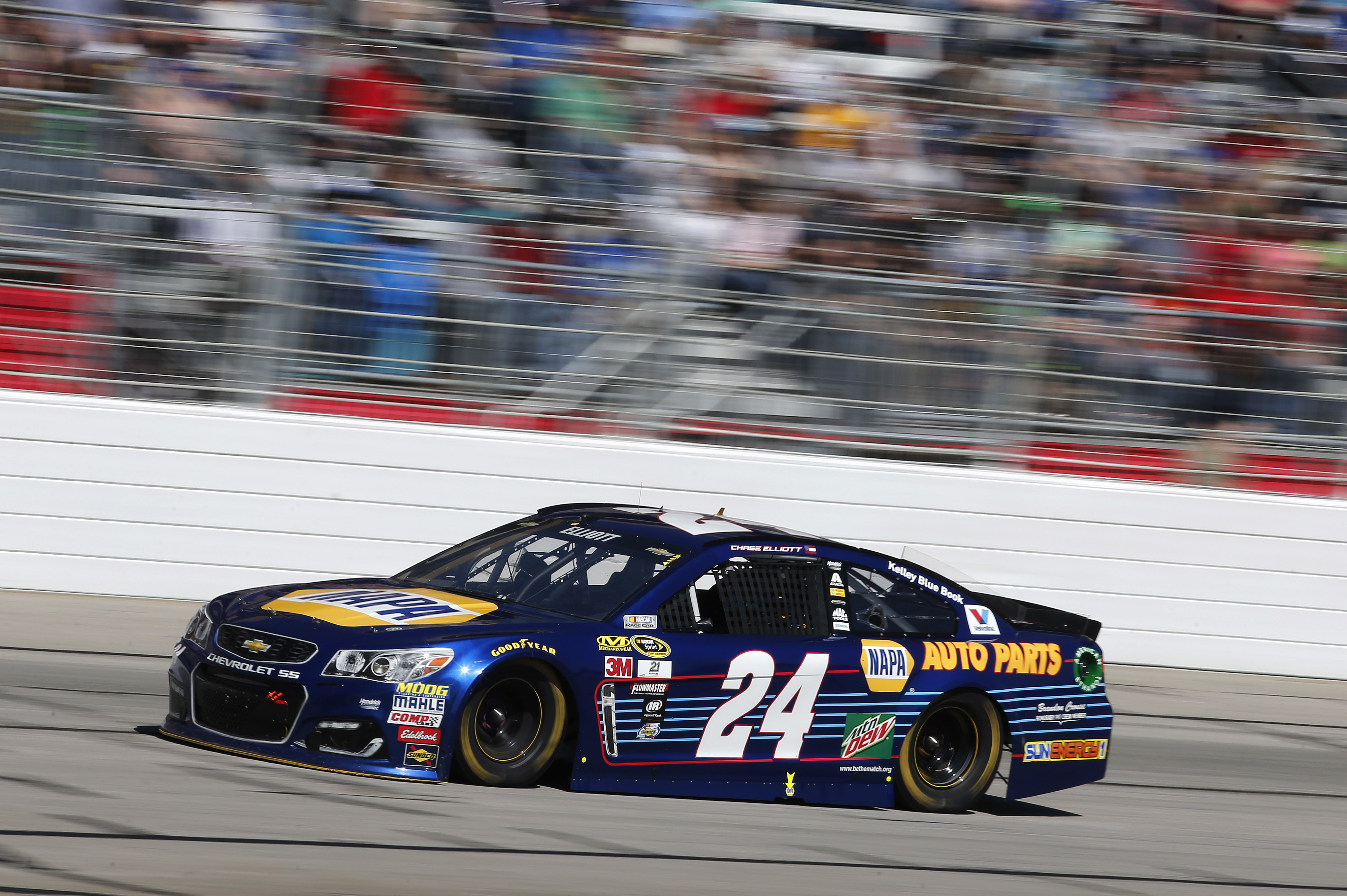 Starting the race outside of the top 20, Chase Elliott said his goal for Sunday at Atlanta was simply to finish on the lead lap.

After an incident took him off of the track for 40 laps in last week’s Daytona 500, he wanted to make sure to run all 500 miles on his home track.

He did more than that, racing his way to eighth to secure the first top-10 finish of his NASCAR Sprint Cup Series career.

“I was real proud of him today,” teammate Dale Earnhardt Jr. said. “I was not surprised by his run, and he's going to just get better. They've got a great team. (No. 24 team crew chief) Alan (Gustafson) is an amazing crew chief and they're going to work together really well. Alan is super excited about it, so you see that energy and that's going to be great for them.”

Johnson said Elliott’s finish reminded him of his own top-10 finish at Atlanta during his rookie season, and he hoped his teammate could similarly use it as a springboard to more success.

The similarities occurred to him when Elliott came to Victory Lane to congratulate him on his 76th career Sprint Cup victory.

Now he hopes it can be a catalyst “to build the confidence that he can do this.”

“I would see his number up on the pylon going by and I was real happy to see him having a good day,” Johnson said. “To win the pole at Daytona and to come here and have such a great run, he's off to a great start.” 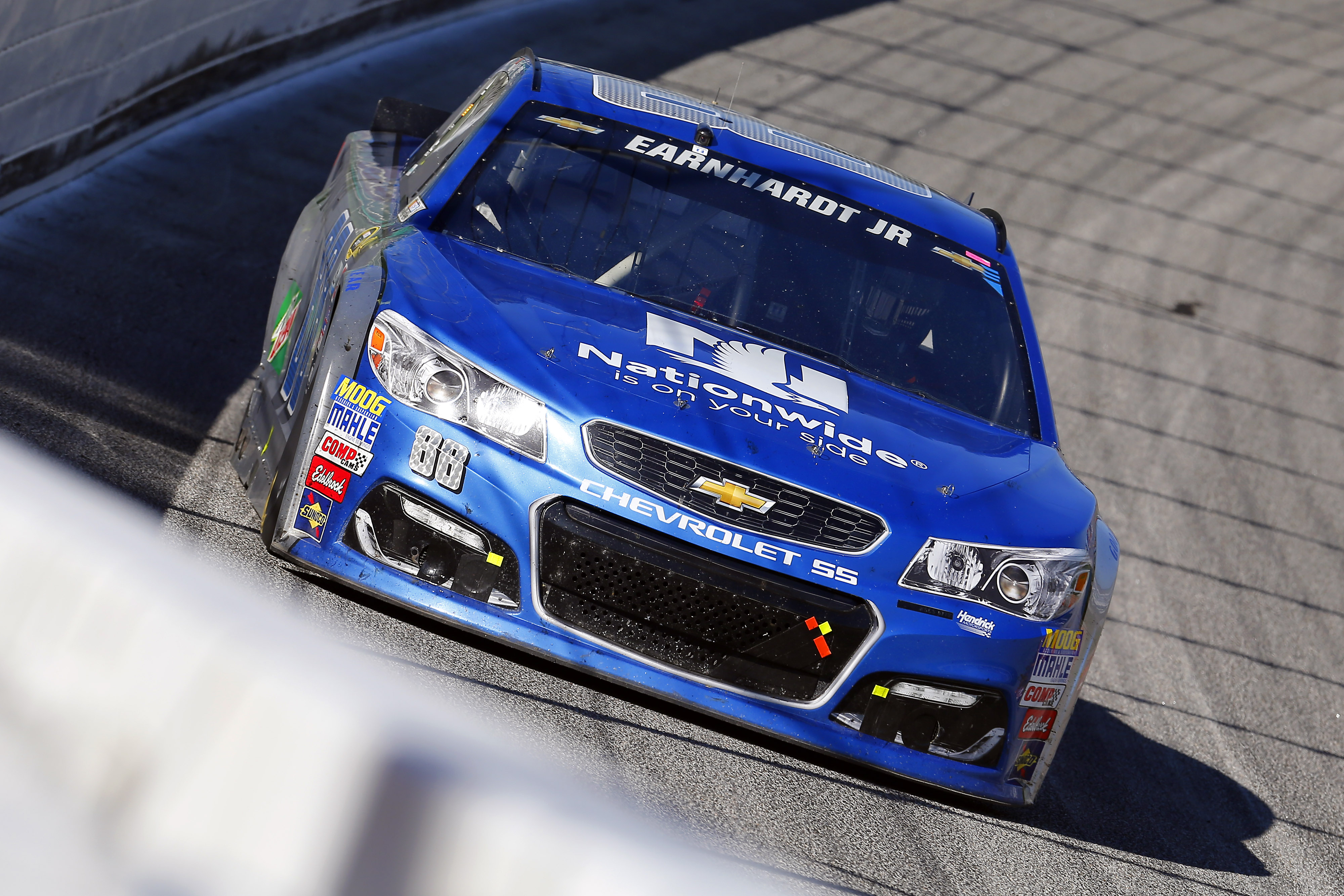 IT’S NOT EASY BEING GREEN

The color of the day on Sunday was green.

From the initial wave of the green flag, the race stayed green for the first 210 laps of the event.

“Yeah, that was crazy, man,” Elliott said. “That was by far the longest green-flag run I’ve ever been a part of. I’m definitely going to sleep good tonight for sure.”

That’s not to say that the drivers didn’t enjoy it.

In fact, Earnhardt seemed to love it.

“You're getting tired in there running 200 straight laps,” he said, smiling. “I'm sure other guys were probably hanging onto the seat more than I was, and again, on old tires the cars were so hard to drive -- it was awesome.”

The driver of the No. 88 Nationwide Chevrolet SS noted that Atlanta is unique in that the drivers use the full track – “we run from the apron to the wall” – so there isn’t much debris left on the track to cause cautions.

No. 48 team crew chief Chad Knaus added that with the tire wear so high, drivers are “just trying to stay away from everybody and just stay in control.” The factors combine to limit the potential yellow flags.

To that point, there were just three cautions during the entire race – the last of which ended the event in overtime.

“I love it. The race played out naturally,” Earnhardt said. “I had a blast.”

After the initial 210-lap green-flag stretch, 106 laps of green-flag racing followed before a caution sent the event to overtime.

Johnson said the weather made it easier to handle the long stretches – and the great racing didn’t hurt, either.

“It's so much fun, you don't even think about it,” he smiled. “Those laps did go by pretty quick.”