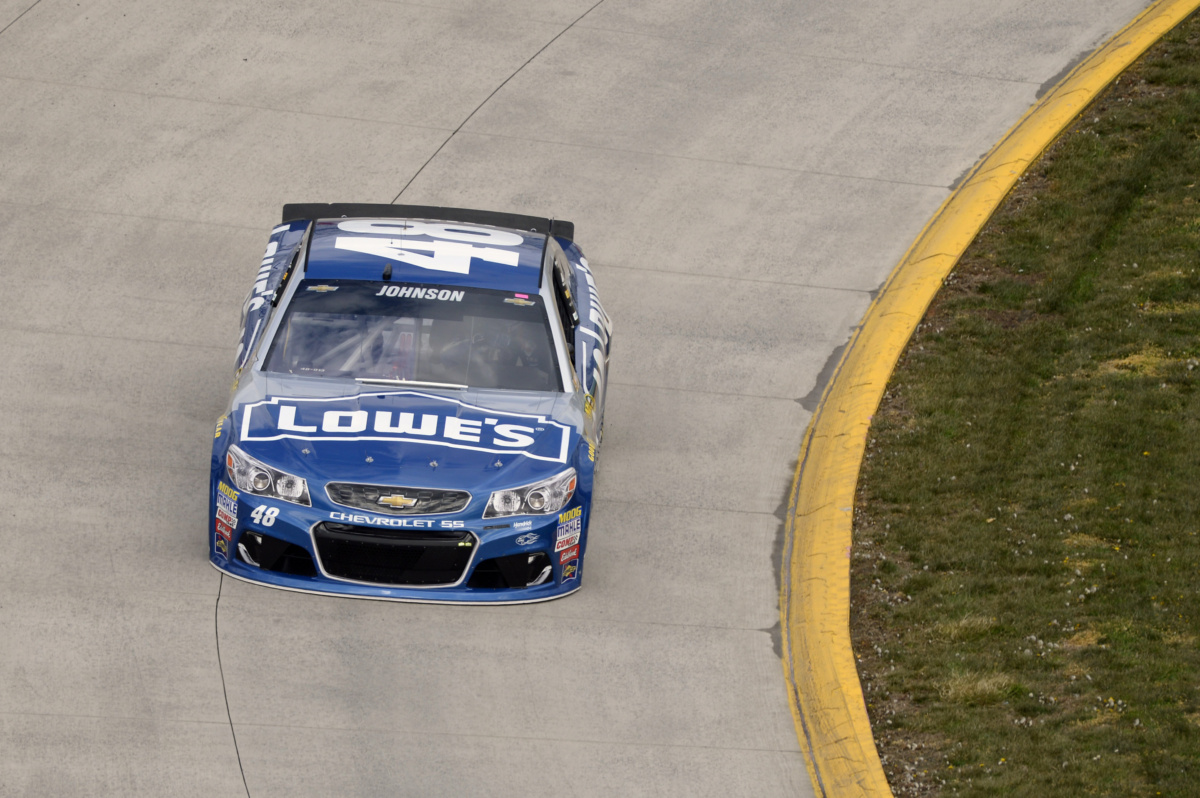 RIDGEWAY, Va. – The thrilling racing that has defined the early portion of the NASCAR Sprint Cup Series season continued Sunday at Martinsville Speedway, and in the final laps, Jimmie Johnson battled his way to a top-10 finish.

After starting 24th, Johnson took the checkered flag in ninth, the highest finish of the Hendrick Motorsports teammates.

Dale Earnhardt Jr. joined him in the top 15 with a 14th-place result.

Rookie Chase Elliott, who made his Cup debut at Martinsville last season, rounded out the top 20 in 20th.

Just two spots behind him was Kasey Kahne, who finished 22nd.

Below is a closer look at how all four Hendrick Motorsports drivers fared Sunday at the paperclip-shaped oval.

KASEY KAHNE, NO. 5 GREAT CLIPS CHEVROLET SS
FINISHED: 22nd
STANDINGS: 18th
RECAP: Kahne started Sunday’s race from the front row on the outside pole, and after settling into second for the first 30 laps of the race, he began conserving his tires and dropped to seventh. But after a caution on Lap 5, the race went green until Lap 91. By that point, much of the field had been lapped, including Kahne in 22nd. On Lap 123 he fell back to 30th but pushed back into the 20s through the halfway point of the race, when he found himself back in 22nd a lap down. By Lap 304, however, during another long green-flag stretch, Kahne was pushed to two laps down by the leaders, running in the 23rd position. He continued to battle, ultimately receiving a wave-around to regain one of the lost laps when a caution was called on Lap 457. That left him 23rd just one lap down, and by the end of the race he had gained one more position to finish 22nd.

CHASE ELLIOTT, NO. 24 3M CHEVROLET SS
FINISHED: 20th
STANDINGS: 16th
RECAP: Elliott rolled off the grid in the top 10 and he maintained that position when the first caution flag of the day waved on Lap 5. By Lap 30, however, he had fallen just outside of the top 10, and as the green-flag racing continued until a caution on Lap 91, much of the field had been lapped in that period. That included Elliott in 19th, just one spot away from a free pass at the time. He continued battling in and out of the top 20 for the remainder of the first half of the race, and he found himself 21st a lap down at the halfway point. That’s where he continued to run all the way through Lap 457 when a caution was called, but he received a pit road penalty during the caution. That put him back in 23rd, but he continued battling the remainder of the race and ultimately finished 20th

JIMMIE JOHNSON, NO. 48 LOWE’S CHEVROLET SS
FINISHED: 9th
STANDINGS: 2nd
RECAP: Johnson began Sunday’s race from the 24th position, but it didn’t take long for the No. 48 Lowe’s Chevrolet SS to get to work racing through the field. By Lap 75, Johnson was already 10th, and as much of the field found itself a lap down by the time the second caution of the race was called on Lap 91, Johnson was on the lead lap in eighth. He continued working his way up and found the top five at Lap 129. He continued battling in and around the top five for the first half of the race, finding himself in fourth at the midway point. When a caution flag waved on Lap 312, Johnson was back in sixth, but thanks to a speedy stop by the No. 48 crew, he gained two positions on pit road to reclaim fourth. He moved as high as second on Lap 328 before settling back into fourth five laps later. After a caution on Lap 384, Johnson fell back to seventh on Lap 410 and just outside of the top 10 before a caution flag waved with 17 laps remaining. After taking two tires, he returned to the track in 13th with the top eight drivers having stayed off of pit road. Johnson kept battling and moved back inside the top 10, taking the checkered flag in ninth.

DALE EARNHARDT JR., NO. 88 NATIONWIDE CHEVROLET SS
FINISHED: 14th
STANDINGS: 10th
RECAP: Earnhardt took the green flag Sunday just outside the top 20, and on Lap 5 contact with a competitor cut the left-rear tire of the No. 88 Nationwide Chevrolet SS. That caused the Chevy to spin out, but Earnhardt avoided contact with the wall and was able to return to the track one lap down in 40th. From the restart on Lap 10, Earnhardt spent the next 302 circuits one lap behind the leaders. Still, he continued working his way through the field as high as he could climb until finally on Lap 304, he moved into position for the free pass in 17th. And when a caution flag waved on Lap 312, Earnhardt was the beneficiary and moved back to the lead lap. By Lap 355 he found the top 15, and he moved into the top 10 on Lap 457 just before a caution flag waved. He battled all the way up to sixth before another yellow flag waved with 17 laps remaining, and after taking two tires, Earnhardt returned to the track in 10th with the top eight drivers having stayed off of pit road. He got caught up in the pack, however, and ultimately finished 14th.