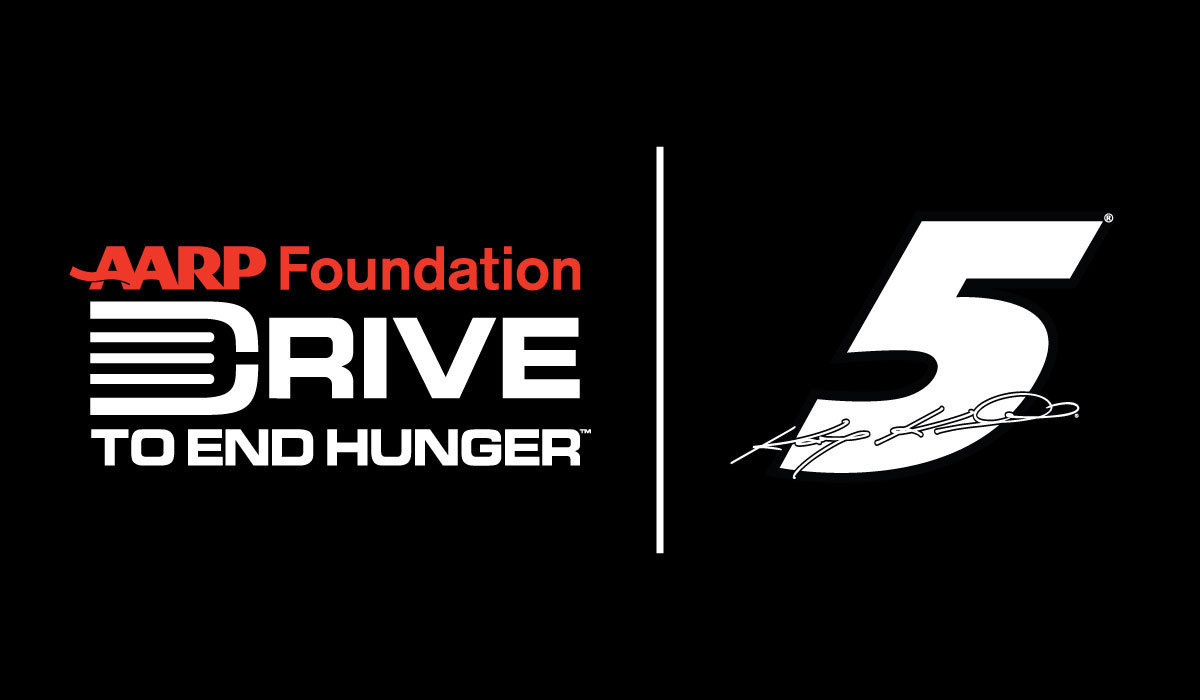 CONCORD, N.C. -- AARP Foundation’s Drive to End Hunger campaign will continue its relationship with 11-time Sprint Cup Series champions Hendrick Motorsports with a one-year contract extension. In 2016, the groundbreaking cause awareness effort will become a primary sponsor of the No. 5 Chevrolet SS team of driver Kasey Kahne.

The paint scheme can be viewed here.

Unprecedented for a social cause, Drive to End Hunger was launched by AARP and AARP Foundation in 2011 via a primary sponsorship of Hendrick Motorsports and four-time NASCAR champion Jeff Gordon. Utilizing education, engagement and collaboration, it has donated more than 34 million meals.

“Winning races takes a team, and teamwork is at the core of all our efforts to create a food-secure nation,” said Lisa Marsh Ryerson, AARP Foundation president. “That’s why we are so pleased to continue our relationship with Rick Hendrick, whose commitment to winning is unparalleled, and to have Kasey Kahne join us as we work to help the more than 10 million older Americans who face the threat of hunger every single day.”

The No. 5 Drive to End Hunger Chevy will feature a new paint scheme for the 2016 season. The design uses a black background with candy apple red and white accents, highlighted by a sleek matte finish. The hood will showcase a larger Drive to End Hunger “Forked D” logo.

“We continue to be inspired by Drive to End Hunger and the response it receives from the NASCAR community,” said Rick Hendrick, owner of Hendrick Motorsports. “Thanks to our amazing fans and the great work of AARP Foundation, many people have received life-changing assistance. That’s ultimately how our success is measured, and we look forward to doing much more together.”

Since joining Hendrick Motorsports in 2012, Kahne, 36, has earned three Chase for the NASCAR Sprint Cup berths and five race wins with the No. 5 team. The Enumclaw, Washington, native has 17 career victories, 27 pole positions and 158 top-10 finishes in NASCAR’s top division.

“Drive to End Hunger has been an incredible partner of Hendrick Motorsports,” Kahne said. “They made an unbelievable impact with Jeff, and I’m excited to work with them to continue those efforts and make a difference for the millions of older Americans who need our support. We hope to do as much good as possible and keep building this great relationship.”

Drive to End Hunger, supported by donations from individuals, corporations and other nonprofit groups, aims to raise awareness and funds to fight hunger among those 50 and older and to provide short- and long-term solutions to older adult hunger. For more information or to get involved, please visit www.DriveToEndHunger.org or follow @Drive2EndHunger on Twitter.
Prev Article