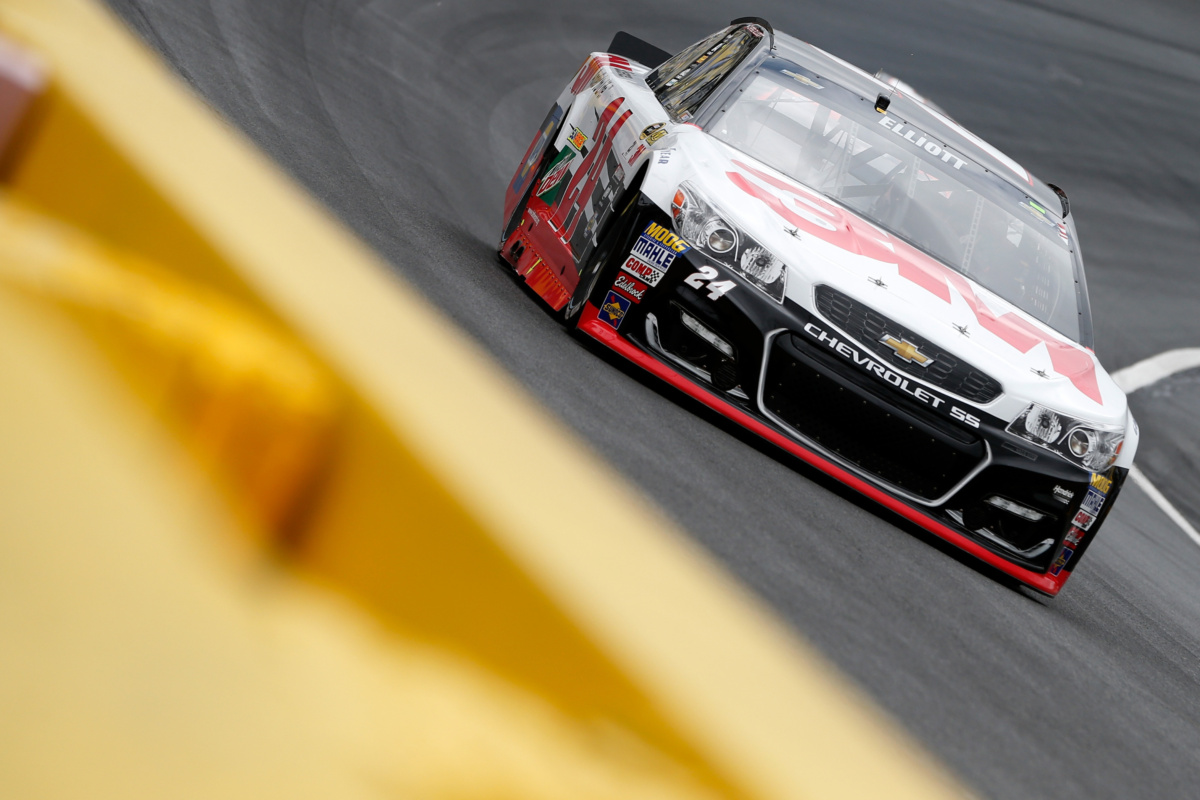 And thanks to the #VoteChase movement, the rookie advanced to the NASCAR Sprint All-Star Race via fan vote after the checkered flag waved.

Starting on the pole position to begin the Showdown, Elliott led the first 19 laps – including three caution laps – and he retained the lead for the final restart of the 20-lap segment.

The second-place competitor was ruled to have jumped the restart, however, and Elliott was passed by Trevor Bayne at the finish line, finishing second by .005 seconds. Bayne automatically advanced to the NASCAR Sprint All-Star Race in the process.

After a mandatory minimum two-tire pit stop between segments, Elliott won the race off of pit road and started on the pole once again for the second segment.

However, during the caution in the first segment, many competitors headed to pit road for fresh tires while Elliott stayed on the track. So even with his two-tire stop, competitors had fresher tires than the rookie for the next segment.

Elliott fell outside of the top five by the sixth lap of the second segment but recovered to finish the 20 laps in fourth place. Greg Biffle won the segment to advance to the All-Star Race.

One more pit stop – this time for four fresh tires -- left Elliott starting 10th for the final 10-lap sprint with one more shot to advance.

In just one lap, thanks to some thrilling moves, he jumped all the way up to third. And by Lap 4, he moved to the runner-up position.

With two laps to go he caught the leader and continued battling down the stretch. At the line the two made contact side-by-side but held on through the checkered flag. But once again Elliott was barely edged out and the rookie finished second to Kyle Larson, who advanced to the All-Star Race.

Immediately after the conclusion of the Showdown, however, it was announced that Elliott would race for $1 million as well thanks to the fan vote.

The All-Star Race is scheduled for a 9 p.m. ET start following qualifying at 7 p.m. ET. For more on the new format for this year’s event, click here. There have also been three rules changes for the All-Star weekend, which are detailed here.