With Daniels out, Meendering will serve as No. 5 crew chief 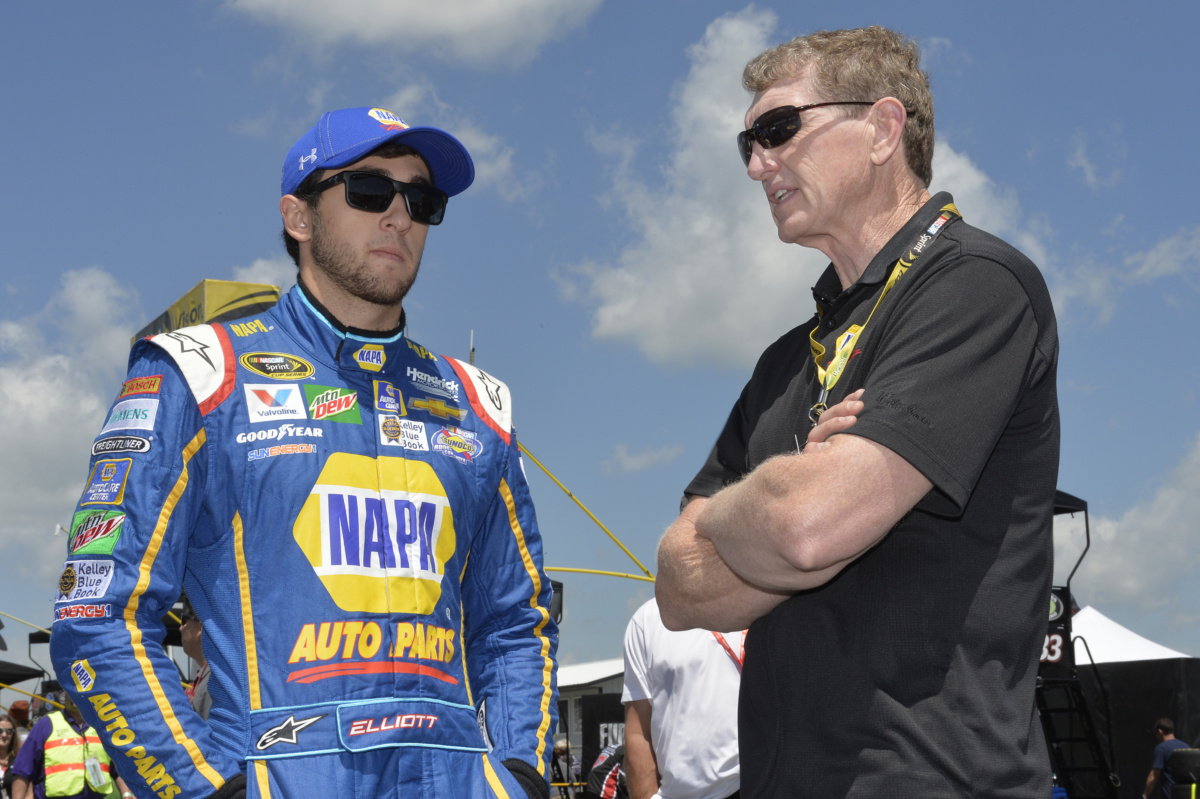 But he'll have some backup.

"Awesome" Bill Elliott is set to serve as a second spotter for his son Sunday at Sonoma Raceway.

“I’m looking forward to spotting for Chase," he said. "It’s going to be a good time."

Chase Elliott will get some extra track time at Sonoma under his belt as he is entered to compete in Saturday's NASCAR West Series race.

In his career, he has competed in six road-course races in the NASCAR XFINITY Series, one in the Camping World Truck Series and three more with ARCA Racing. In the process he earned one win and seven top-five finishes.

Meanwhile, his father owns one victory and 10 top-five finishes on road courses in his NASCAR Sprint Cup Series career.

A NASCAR Hall of Famer and 1998 NASCAR premier series champion, Bill Elliott will look to share as much advice as he can while his son takes on the 10-turn, 1.99-mile track Sunday.

"I used to spot for him on the late model side of things," he explained, "so getting back on the radio with him is something I’m looking forward to.”