Bowman thanks Hendrick Motorsports, had 'an absolute blast'

Bowman thanks Hendrick Motorsports, had 'an absolute blast' 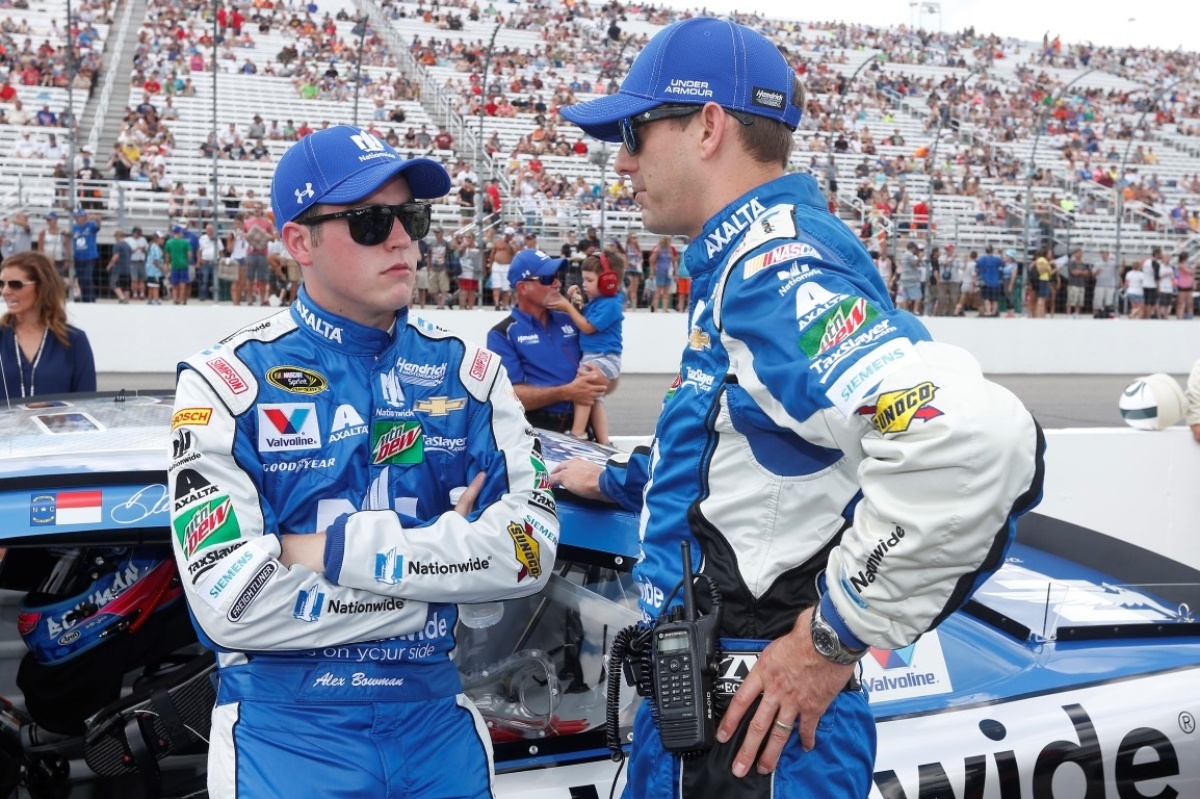 CONCORD, N.C. – For Alex Bowman, Sunday’s 26th-place finish wasn’t what he was hoping for, but it didn’t dampen his enthusiasm.

Before a late-race tire issue sent him toward the wall, Bowman had been running inside the top 10, and he was proud of the effort the No. 88 team put forth all weekend long.

"I don’t think I’ve gotten out of a Cup car with a smile on my face in a while,” he said. “It’s just so much fun to be able to run up front like that. I’ve spent two years of my career wondering if I can really do this at the Cup level and today I answered that for myself.”

Bowman got the opportunity to climb into the No. 88 Nationwide Chevrolet SS when Dale Earnhardt Jr. was not cleared to race due to concussion-like symptoms.

“I hate the circumstances and really hope Dale is feeling well, but I had so much fun today,” he said.

Bowman was quick to recognize how helpful everyone in the Hendrick Motorsports organization was as he prepared to take on New Hampshire Motor Speedway.

He noted that sharing data with Kasey Kahne, Chase Elliott and Jimmie Johnson helped him immensely at a venue he called “my worst racetrack.” And the fact that he nearly took home a top-10 result demonstrated, he said, “what a great (No. 88 Nationwide Chevrolet SS) they bring to the racetrack.”

“It was amazing. I can’t thank Hendrick Motorsports and all these guys enough,” Bowman said. “They were so welcoming. Such great people to get to work with. (No. 88 team crew chief) Greg (Ives) and all the guys -- I had so much fun working with everybody. And I’ve got to thank Mr. H (Hendrick Motorsports owner Rick Hendrick), too. It was just an absolute blast."

Earnhardt tweeted that the 26th-place result doesn’t show “what a great job” Bowman and the No. 88 team did on Sunday.

And Bowman was simply grateful for the chance to get behind the wheel.

“Just really thankful for Nationwide and all of Hendrick Motorsports for letting me be here,” he said.