Daniels relying on growing relationship with Larson for Darlington success

Fugle tabs Darlington as playoff track he’s ‘most excited about’ 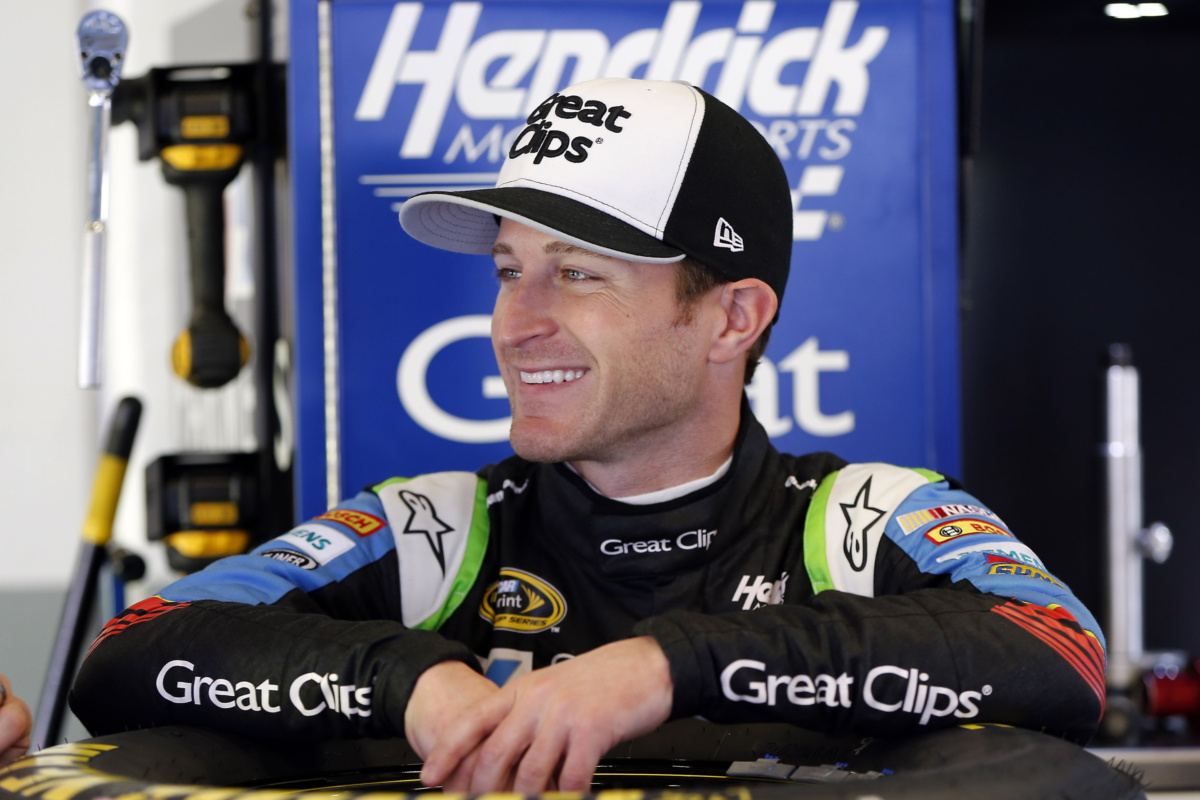 CONCORD, N.C. (Sept. 20, 2016) – Great Clips Inc. will continue its sponsorship of Hendrick Motorsports and the No. 5 Chevrolet SS team of driver Kasey Kahne in the NASCAR Sprint Cup Series with a contract extension through 2018.

The two-year agreement covers the 2017 and 2018 seasons and secures primary sponsorship of the No. 5 Chevrolet SS for 10 events annually. Great Clips, which joined Hendrick Motorsports as a partner in 2012, also will be a major associate sponsor of the No. 5 team each year.

“We are very pleased to extend our relationship with Hendrick Motorsports and with Kasey through the 2018 NASCAR season,” said Terri Miller, senior vice president of marketing and communications, Great Clips Inc. “Kasey has been a member of the Great Clips family for over 13 years and is a great ambassador of our brand. He embodies the same qualities and values that are synonymous with Great Clips -- loyalty, family, dedication and a passion to succeed.

“We have built a successful partnership with Hendrick Motorsports over the last several years that has allowed us to activate and elevate our brand and partner programs to a new level, and we are excited to be able to continue that into the future.”

Since joining Hendrick Motorsports in 2012, Kahne, 36, has earned three Chase for the NASCAR Sprint Cup berths and five race wins with the No. 5 team. The Enumclaw, Washington, native has 17 career victories, 27 pole positions and 165 top-10 finishes in NASCAR’s top division.

“Great Clips has a very strong culture,” said Rick Hendrick, owner of Hendrick Motorsports. “The company cares deeply about relationships with their customers, franchisees, stylists, corporate staff and partners. We’ve enjoyed working together to build an effective program, and it’s been terrific to see the Great Clips business grow over that time. We’re committed to their success and look forward to the future.”

Minneapolis-based Great Clips, which has more than 4,000 locations and 1,200 salon owners who employ 40,000 stylists throughout the United States and Canada, has a long history with Kahne. Since 2003, the company has supported his efforts as both a driver and car owner across multiple racing series.

“Great Clips has believed in me throughout my career,” Kahne said. “They’re a big part of the No. 5 team, and we feel like members of their team, too. It’s been an awesome partnership, and I’m grateful for their commitment and support. It means a lot to represent them on and off the track.”