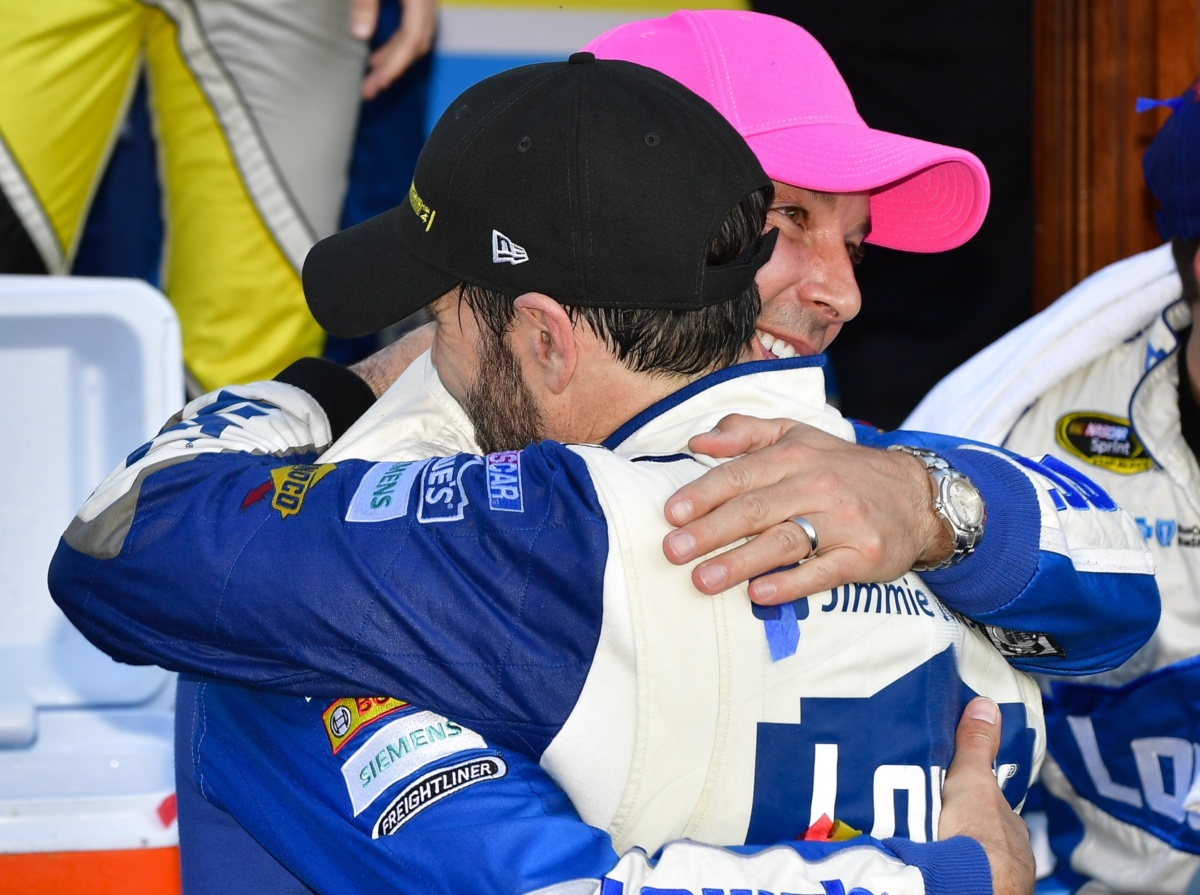 CONCORD, N.C. -- A win on Sunday at Martinsville Speedway was all it took to solidify Jimmie Johnson as a Championship 4 round contender in the Chase for the NASCAR Sprint Cup.

"Obviously the bright spot and the shiny spot in all this is we've got a shot at a championship," Johnson said. "So we're fired up and ready to go. Very, very excited for the next couple weeks. Certainly ready to go to Homestead and race for this thing."

In just three short weeks -- following the races at Texas and Phoenix -- Johnson will be among four drivers competing for the 2016 championship and what would be his seventh.

"I'm just going to do my thing," the driver said. "We've got one race at a track we haven't won at yet, we assume we're going to have to go down and win."

Homestead-Miami Speedway is one of four tracks where the 41-year-old driver has yet to claim a win. While he has won two pole positions, Johnson's highest career finish at the Florida track is second place.

"There have been a few bad memories down there, but I've got six really good ones," Johnson smiled. "I'm going to go with those, hopefully play that card. There's nothing to protect. We're all in a tie. It's just go out there and lay down your best work."

With six championships under their belts, Johnson's crew chief Chad Knaus said he is excited to race for another.

Johnson, Knaus and the No. 48 team are looking forward to the chance to race for a seventh, a legendary number that would tie Johnson with Richard Petty and Dale Earnhardt Sr. for most all-time NASCAR championships.

However, a seventh championship for the team would be a nice way to finish out a rollercoaster season for the No. 48 team.

"Going into Homestead, we're very fortunate to be able to go with the mindset we have now," Knaus said. "We're a competitive team, the No. 48 team is strong. We just want to go in there and race our hearts out."