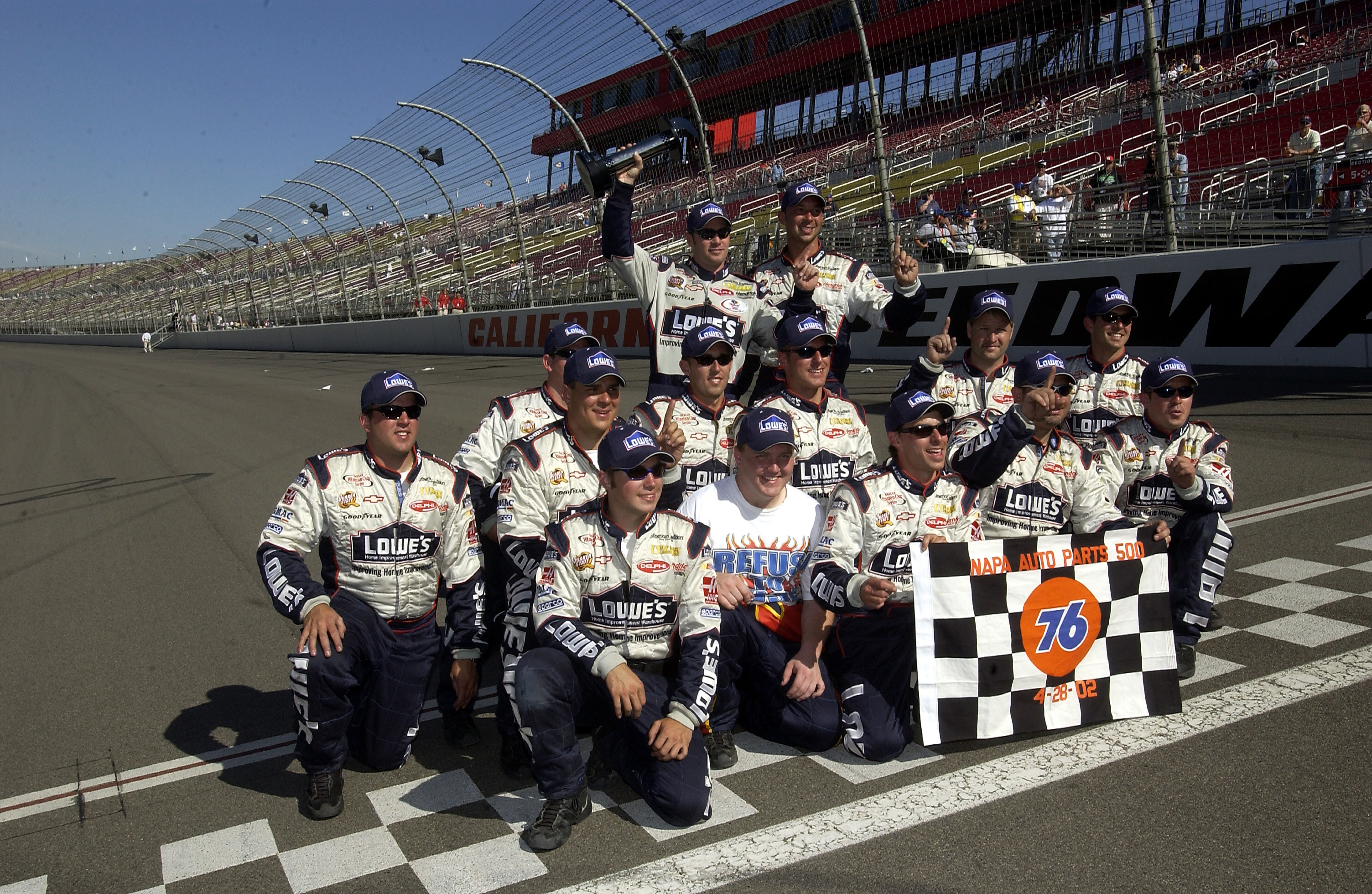 FONTANA, Calif. – This weekend, Jimmie Johnson will take to the track where he earned his first career NASCAR Cup Series win.

“It was my 13th start ever in the Cup Series, 10th start of that season, running my home track,” Johnson recalled of the 2002 race at Fontana. “You just couldn’t script it any better and when I look back, I’m still amazed that it turned out that way.”

However, the picturesque win didn't come without its share of hard work.

Even as a rookie Johnson was determined to find Victory Lane. After joining Hendrick Motorsports, the young driver felt the need to perform well and prove he deserved his spot on the team.

“When I go back mentally to that point in my life, I just wanted to win a race,” Johnson said. “I’ve said it many times and I’m very serious about this, with Jeff (Gordon) winning the championship the year before and they gave me his inventory of cars and equipment, I felt like I had to win.”

Starting fourth in the 2002 Cup race at Fontana, Johnson was off to a strong start, taking the lead for the first time on Lap 22 and holding it for 44 laps.

The lead changed 13 times before Johnson recovered it for the final time with 14 laps remaining.

Leading the field to the checkered flag, Johnson claimed his first career Cup Series win -- and at his home track, nonetheless.

“Standing there climbing out of that car and the minutes that followed that, the relief came off of my shoulders knowing that I could win,” Johnson said. “I was very relieved and that smile is more about the relief of all this pressure that I had put on myself to win and I was able to do it very early at my home track.”

Since Johnson’s first victory in 2002, he has won five more times at Fontana. His most recent victory at the California speedway was one year ago when he flew to Victory Lane in a Superman cape.

Johnson will be competing for his seventh career Fontana victory this Sunday at 3:30 p.m. ET. The race will be broadcast live on FOX, MRN and Sirius XM NASCAR Radio.