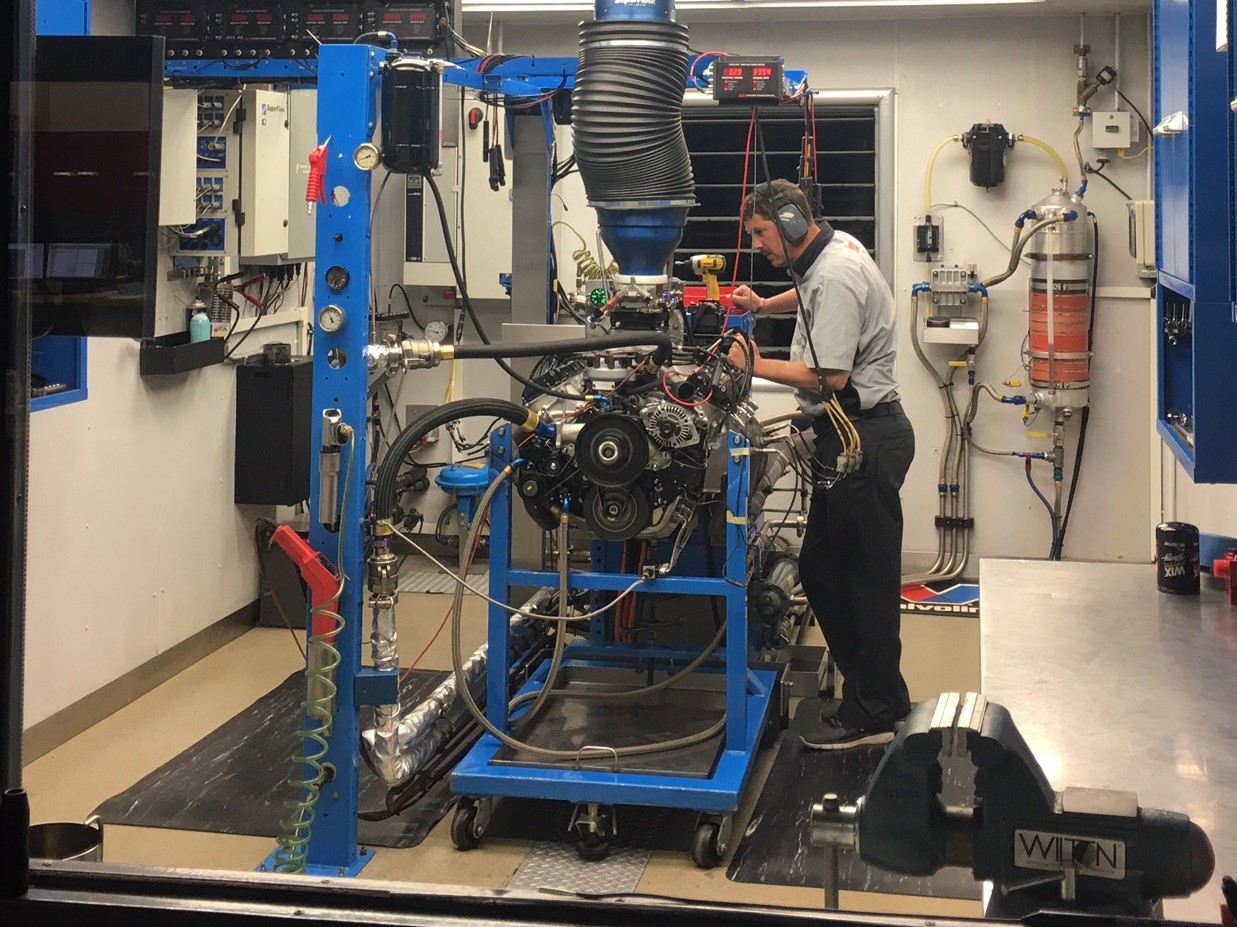 CONCORD, N.C. -- The first thing you hear when you arrive at a NASCAR race is the roar of 40 engines as drivers prepare to take the green flag.

However, long before the cars hit the track their engines are carefully crafted and tested to ensure maximum performance on race day.

The tool used to test engine capability is the dynamometer, otherwise known as a dyno.

This week, we visited the engine shop to learn more about the dynos that Hendrick Motorsports uses to test their engines.

Here are five things you need to know about the crucial tool.

1) The dyno is a piece of equipment used for measuring the performance of a race engine. The different elements of performance that are tested include rotations per minute (RPM), force and torque.

John Barilka, engine development manager at Hendrick Motorsports, shared his insight on how the dynos are used in the engine shop on a daily basis.

“We are using it to measure a lot of different parameters that indicate how healthy and efficient the engine is,” Barilka said. "From temperatures to pressures, you name it, we’re measuring it.”

2) The technicians use the data from the dyno tests to improve the race engine.

“We collect data at 1,000 hertz,” Barilka explained. “That’s 1,000 data points per second, so we fill up some computers around here. Post-processing that data is an engineer’s near-full-time job. There is a lot of data to go through -- its huge.”

3) There are three different types of dyno cells used in the engine shop. The first is developmental. There are three developmental cells in the engine shop. The engines tested in these cells are not used in the race cars. The engines in the developmental cells help determine the specifications that will be used for future engines. All engines built for the NASCAR Cup Series are built with the track in mind. For example, the engine used at a superspeedway like Talladega will be built with different specifications than an engine for a short track like Martinsville.

“This week we will be in Talladega, those engines were spec-ed out at least a month ago and we knew what was going to be in them,” Barilka said.

“The production cells do not have all of the measurement capabilities, they are more of a quality control test,” Barilka shared. “We know what the power is but it is probably not as accurate as it is in the development cell. We are checking to make sure there are no leaks, making sure the vitals are correct. Things that we can look at that we know might indicate there is a problem.”

5) The final type of dyno used at Hendrick Motorsports is a non-firing cell.

“The non-firing cell is where there is an electric motor that spins over the engine,” Barilka said. “We are looking at valve training, component life, friction breakdown of the engine, valve control. There is a host of different jobs that different cell will do.”