In 2018, Earnhardt set to take on new role with NBC

In 2018, Earnhardt set to take on new role with NBC 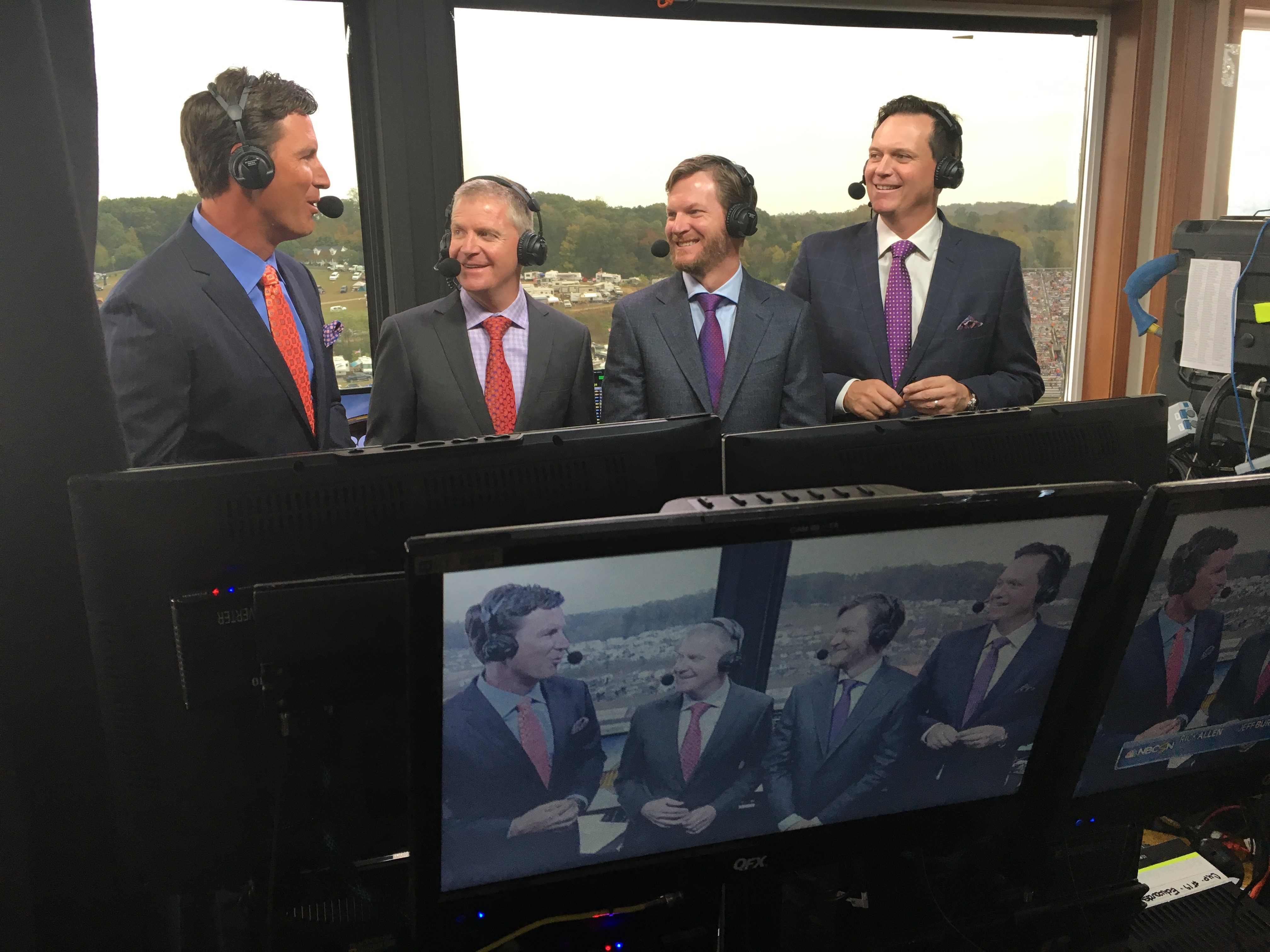 CONCORD, N.C. – Dale Earnhardt Jr. announced earlier this year that the 2017 season will be his last full-time in the NASCAR Cup Series.

Now, we know what the driver will be up to starting next year.

Though the specifics will be detailed at a later date, the network will utilize Earnhardt in multiple capacities during its NASCAR coverage. And he’ll rejoin his former crew chief, Steve Letarte, on the NBC team.

“It is a tremendous honor not only to join NBC Sports next year but to begin a new career alongside people who love NASCAR as much as I do,” Earnhardt said. “To be reunited with Steve Letarte, to be able to call legends like Jeff Burton, Dale Jarrett and Kyle Petty teammates rather than just friends, to be able to continue going to the track and connecting with race fans, it’s a privilege I don’t take lightly. I will devote my heart and soul to this broadcast team and pledge my very best to the millions who watch it.”

Earnhardt’s agreement with NBCUniversal also provides him with opportunities in the company’s media business, including movies, television and podcasts.

“We are excited to welcome Dale Jr. to our team – both on and off the track,” said Mark Lazarus, chairman, NBC broadcasting and sports. “As a company, NBCUniversal allows for talent to stretch themselves across not just their field of expertise, but across other areas of their interests in the media world.”

NBC is also teaming up with the 14-time most popular driver on some of his other business ventures including Dirty Mo Radio and Hammerhead Entertainment.

“Dale Jr. brings credibility, personality, and popularity to our already winning NASCAR team,” said Sam Flood, executive producer and president of production, NBC Sports. “Giving him a chance to spread further within other NBC Sports Group properties and throughout the company is an added bonus.”