Larson to start from front row at Darlington

Byron: 'Excitement for the future' at Hendrick Motorsports with new deal 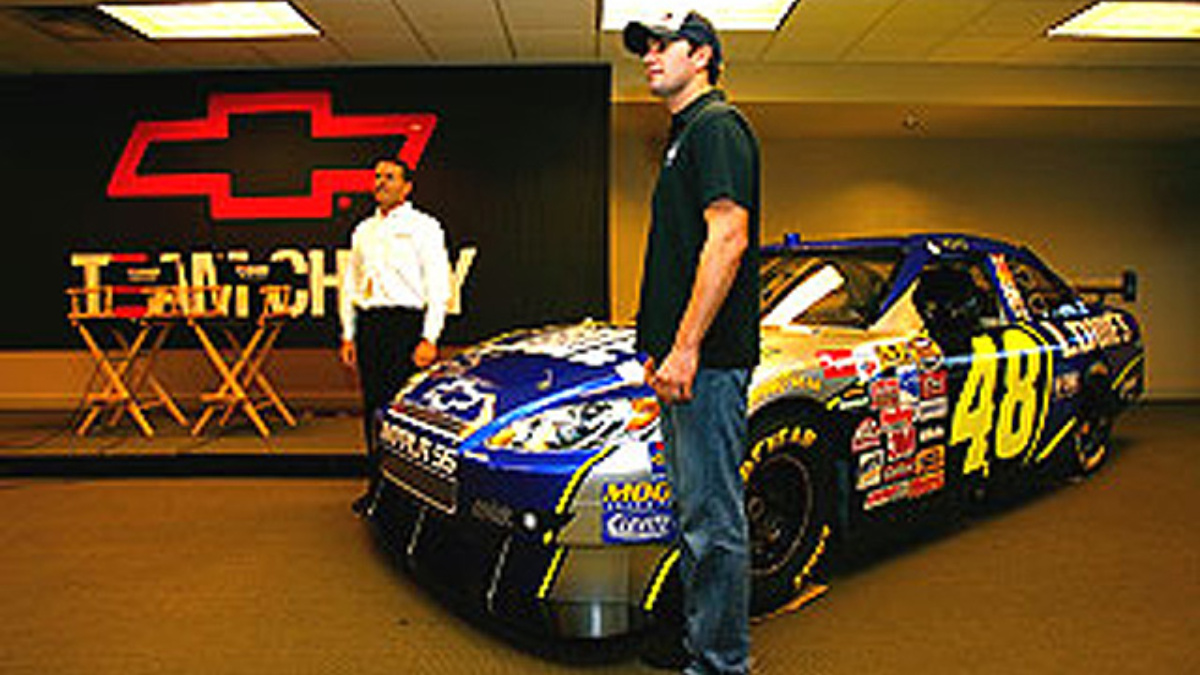 After a decades-long hiatus from stock car racing, Chevy's legendary Impala nameplate - enhanced with the SS performance designation - will once again compete in NASCAR's NEXTEL Cup Series (NNCS) in select races of the 2007 NASCAR season. Chevy's Car of Tomorrow entry, slated to make its first run at Bristol in March of 2007, will be an Impala SS and will share the NNCS schedule next season with the current Monte Carlo SS. "The decision to return the Impala nameplate to stock-car racing came with NASCAR's announcement that manufacturers are to run two different cars next season," said Ed Peper, Chevrolet general manager. "The Impala is very successful in the marketplace (best-selling domestic car of 2005) and we wanted to align that success with the accomplishments Chevy has on the race track. The Impala is also a name associated with performance, from the earliest models which raced on the sands and Speedway at Daytona to the newest SS sedan. It's the natural choice for the new Car of Tomorrow." The Car of Tomorrow will share both the 2007 and 2008 racing seasons with the current race car design until its first full season in 2009. The new car is scheduled to race at sixteen events in 2007, consisting of those at tracks less than a mile and a half in length, the road courses and the second Talladega race. In 2008, all races at tracks two miles or more in length are expected to feature the new design. Chevrolet introduced the Impala in 1957 as a 1958 model (50 years ago next year) and drivers immediately took to the big car, racing it first on the beach at Daytona, then at Daytona International Speedway in 1959. Redesigned that year, Bob Welborn scored a victory with the new model for the qualifying race of the 1959 Daytona 500 - the first 500 at the Speedway. Success continued for Impala with consecutive NASCAR championship titles in 1960 (Rex White) and again in 1961 (Ned Jarrett). In 1963, stock-car legend Junior Johnson ran 32 races of the 55-race schedule in the famous white No. 3 Impala owned by Ray Fox and collected seven wins, 12 top-fives, 13 top-tens and nine poles. The Car of Tomorrow race car concept, to which all manufacturers must conform, is designed to be safer, with the driver moved towards the center of the car and stronger intrusion protection. It will be cheaper and easier to build and will be tunable for all the tracks on the NEXTEL Cup circuit, thereby eliminating the need for specialized cars for different race tracks. "The Car of Tomorrow, while still in the development process, illustrates the future of NEXTEL Cup racing," said Peper. "Chevrolet is committed to that future and we're looking forward to competitive, safe racing with this new car. This is an exciting new chapter for NASCAR and Chevrolet, one that fans are sure to enjoy." About Impala SS While powerful and fast, the Impalas of yesteryear did not have available some of the technology that modern cars employ to increase fuel economy. Today's production Impala SS - boasting 303 horsepower from its 5.3L V8 - still offers 27 miles per gallon on the highway thanks to GM's Active Fuel Management (which switches off four of eight cylinders under light motor load). With an aggressive front fascia design and rear spoiler, the Impala SS makes its presence known but the SS package - originally introduced as Super Sport in 1961 - is more than just looks and power. Impala SS models receive a FE3 suspension, which includes 18-inch W-rated P235/50R18 AL3 (performance) tires and five-spoke alloy wheels that provide a sporty ride that complements the 5.3L small-block V-8's performance. A 34-mm hollow front stabilizer bar and 18-mm solid rear stabilizer bar combine to provide more roll control than standard trim Impalas. Also, increased stiffness helps reduce body lean and contributes to greater high-speed stability. Heated leather eight-way power adjustable seats and XM Satellite radio are just some of the comfort features offered on the SS and combined with GM's new 100,000-mile powertrain warranty, buyers get practical performance and comfort with peace of mind. About Chevrolet Chevrolet is America's No.1-selling automotive brand. In addition, Chevrolet delivers more-than-expected value in every vehicle category, offering cars and trucks priced from $9,995 to $78,175. Chevy delivers expressive design, spirited performance and great value with standard features usually found only on more expensive vehicles.
Prev Article
NOTICE
We use cookies to enhance your site experience, analyze site traffic, and serve targeted advertisements. For more information, read our privacy policy.