Bowman 'thankful to have a hand' in designing new scheme

Bowman 'thankful to have a hand' in designing new scheme 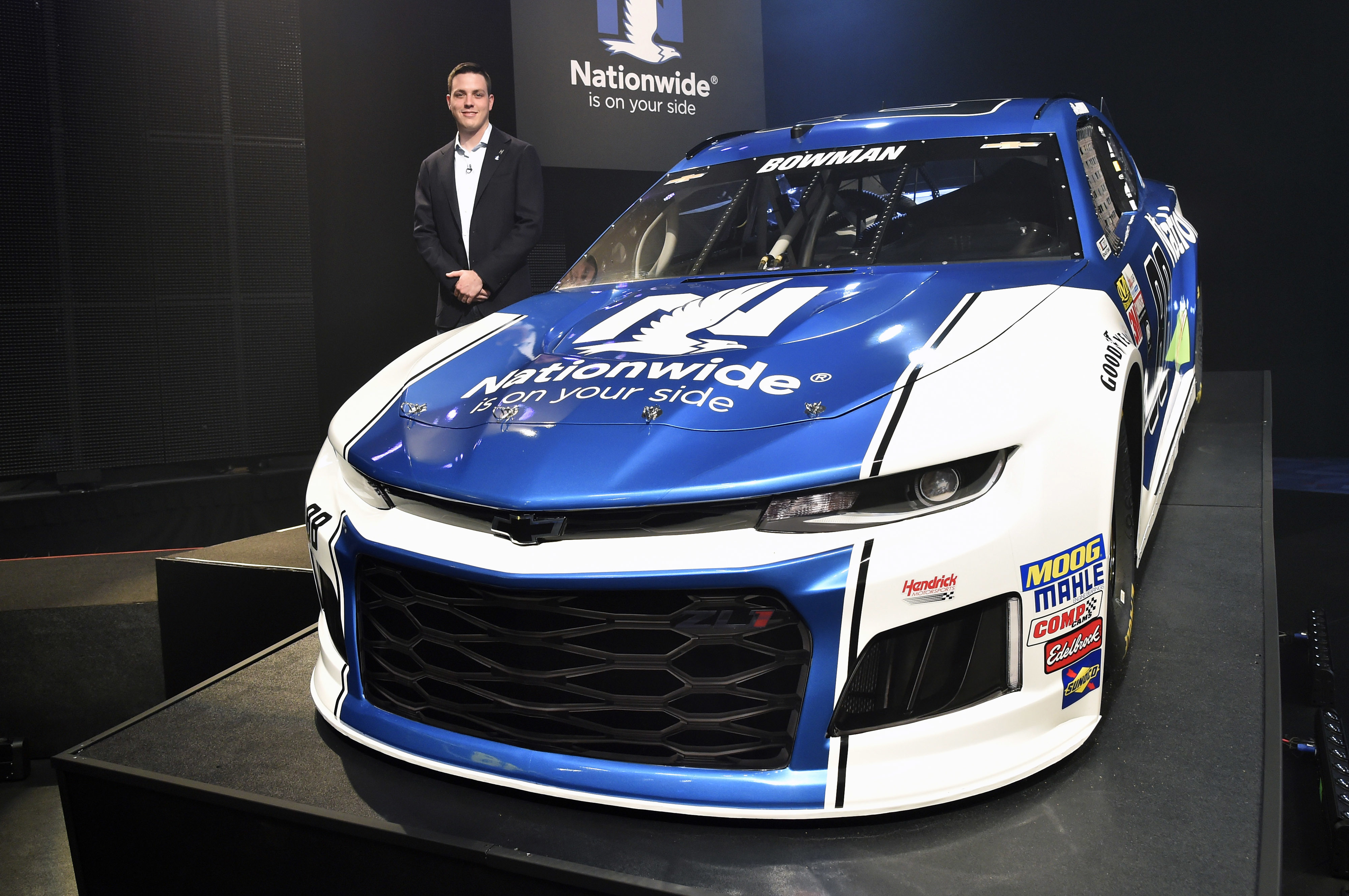 CONCORD, N.C. – The week before Alex Bowman would collect his first career NASCAR XFINITY Series win, he along with his future Hendrick Motorsports teammates unveiled their cars for the 2018 season.

Bowman will take over the No. 88 Nationwide Chevy after Dale Earnhardt Jr. steps away from the NASCAR Cup Series at the end of this season.

While he’s sad to see Earnhardt leave, Bowman couldn’t be happier to have a Cup Series ride with Hendrick Motorsports. The driver even got the chance to help design the paint scheme he’ll drive in the Daytona 500.

“Nationwide came to me and asked if I wanted to participate in that and I said absolutely,” Bowman said. “I never have been able to design something like this before, so I’m very appreciative of that. I think it came out great.”

Bowman’s No. 88 Nationwide Chevrolet Camaro ZL1 features the iconic blue and white colors along with sleek black numbers complementing his signature above the door.

“They did such a good job,” Bowman said. “We had quite a few different options and they all looked good, it was honestly really hard to pick which direction we wanted to go. I think this scheme looks great and I was just really thankful to have a hand in designing it.”

Earnhardt, who unveiled the look along with Bowman, enjoyed seeing the new scheme. He looks forward to seeing what Bowman and the No. 88 team will do next year.

“I’m excited for him,” Earnhardt said. “I can’t wait to see what they can do in the car and get a couple races under their belt.”

With only six races left in the season, Earnhardt couldn’t help but feel a bit nostalgic. But that didn’t take away from the excitement he felt for Bowman’s future.

“It reminds me about what’s great to look forward to,” Earnhardt said. “There’s so much momentum with him and his future and potential.”