Elliott: Contact 'unnecessary and uncalled for,' but 'we're on to Texas'

Elliott: Contact 'unnecessary and uncalled for,' but 'we're on to Texas' 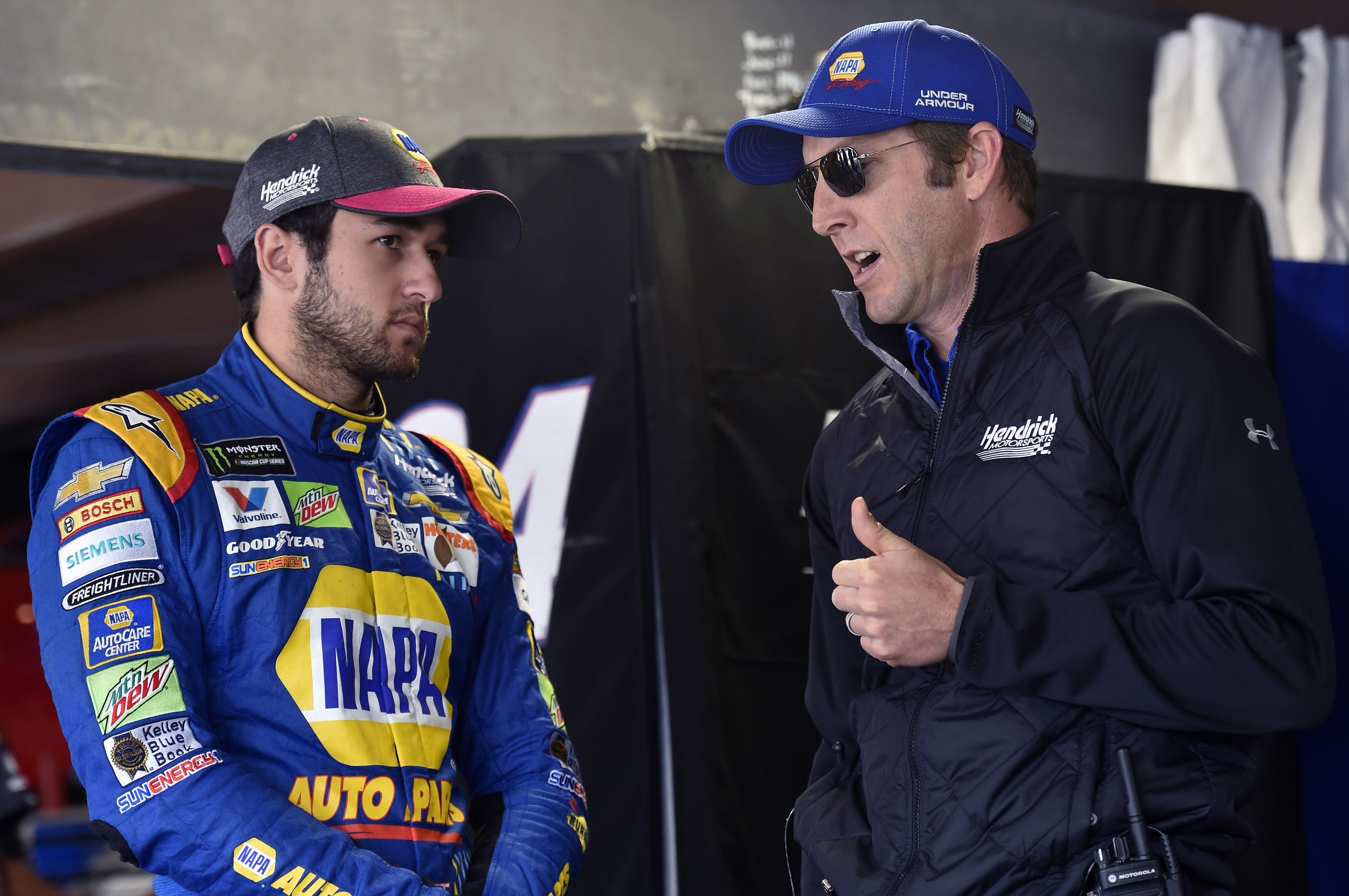 RIDGEWAY, Va. – With less than five laps remaining in Sunday’s race at Martinsville Speedway, Chase Elliott had the lead – and a trip to Homestead-Miami Speedway with a shot at a championship was within his grasp.

“We had a great car today and we had an opportunity,” he said. “We had a good restart there at the end and felt like I was doing what I needed to do.”

Elliott led 123 laps on Sunday and had several challenges down the stretch, even losing the lead to Brad Keselowski as the laps wound down. But when a caution flag waved, he had another chance at a restart and took advantage, vaulting back into the lead.

Then, Denny Hamlin made contact with the No. 24 NAPA AUTO PARTS Chevrolet SS from behind as Elliott entered the corner, spinning Elliott toward the wall and causing a caution.

“I got punted from behind and wrecked in Turn 3 leading the race,” Elliott recalled. “And it’s definitely, 100 percent unnecessary and uncalled for.”

The incident caused Elliott to cross the finish line 27th in overtime, turning what looked like a Championship 4-clinching win into a scenario where he now ranks eighth of the eight remaining playoff drivers in the standings.

“I don’t know what the deal was, but it is so disappointing,” he said. “We had the best car I’ve ever had here at Martinsville. I had a shot to go straight to Homestead and we don’t now.”

As disappointed as he was in the result – and the contact that caused it – Elliott demonstrated that his focus is still on the task at hand. There are two races remaining in the Round of 8, providing two more opportunities to secure a spot in the Championship 4.

And that starts next weekend.

“We’re on to Texas,” Elliott said.