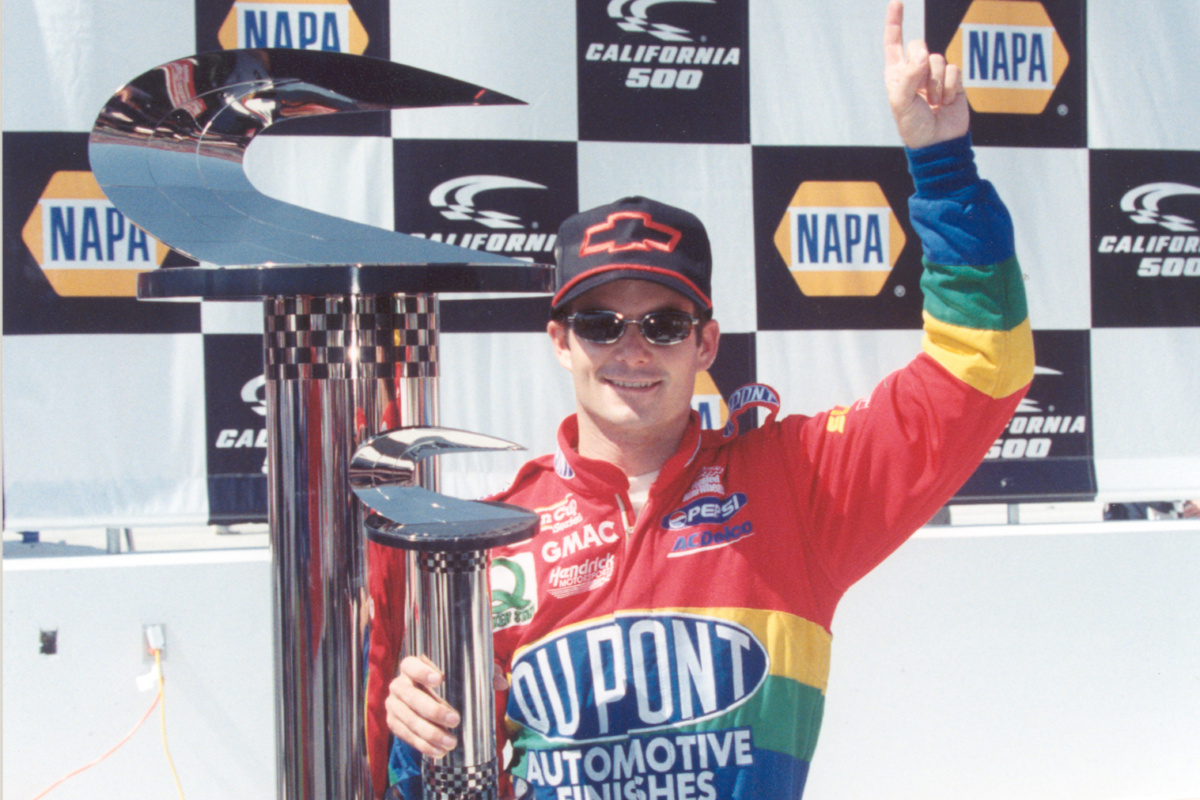 Then called California Speedway, the two-mile oval in Fontana, California, presented a new challenge to drivers on the circuit.

From the very first race, Hendrick Motorsports got to work conquering that challenge.

On June 22, 1997, Jeff Gordon and Terry Labonte gave the organization a one-two sweep in the inaugural event in Fontana.

Teammate Ricky Craven joined them inside the top 10 in ninth.

All three Hendrick Motorsports drivers led laps in the event, with Gordon leading a race-high 113, including the final 11, to find Victory Lane.

Now, as the Cup Series heads back to Auto Club Speedway this weekend, Hendrick Motorsports is still the only team to have swept the top-two finishing positions in Fontana, and it has done so three times – next with Gordon and Jimmie Johnson in 2004 and again in 2009, this time with Johnson in first and Gordon in second.

The organization will look for similar success this weekend at a track where it ranks first among all teams in wins (10), runner-up results (11), top-five finishes (32) and laps led (2,001).