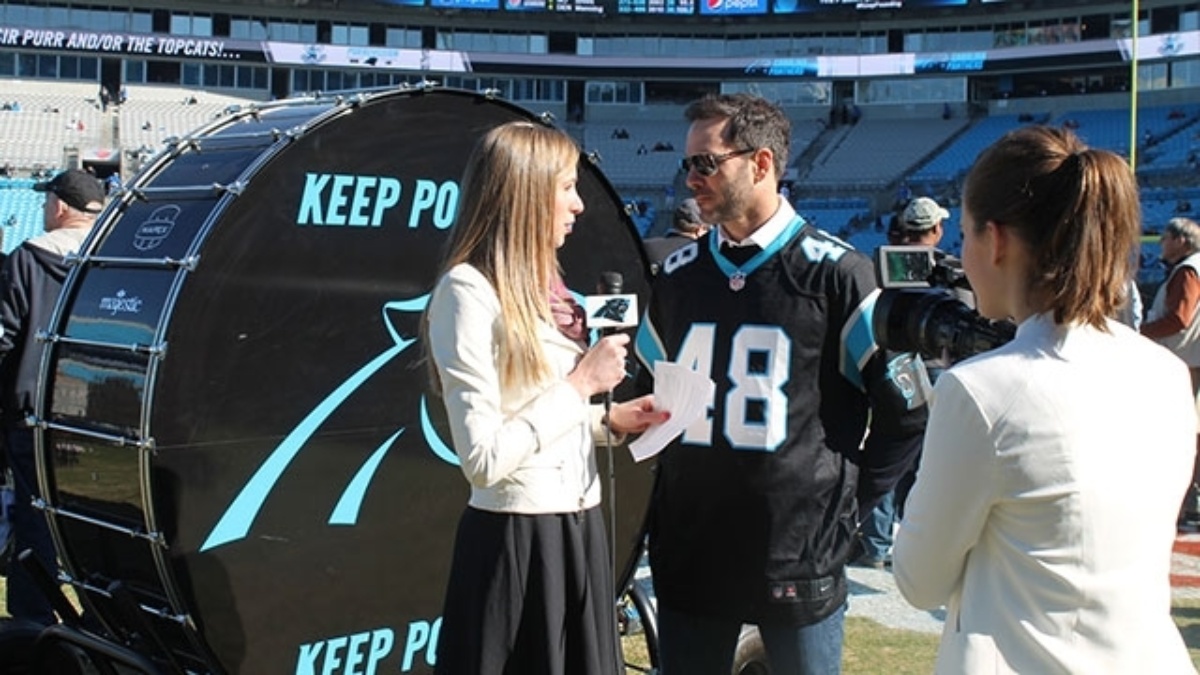 It's the motto of the Carolina Panthers, and it's what six-time NASCAR Sprint Cup champion Jimmie Johnson did beore Sunday's game at Bank of America Stadium.

A big thank you to @JimmieJohnson for hitting the #KeepPounding drum at the start of today's game. #TBvsCAR pic.twitter.com/HO7hD7EozX

Johnson was given the honor of striking the Keep Pounding drum to kick off Sunday's contest.

It's a tradition before Panthers games that has been taken up by current and former players, Make a Wish kids, military personnel, Olympic athletes and now Johnson.

Johnson's daughter, Evie, even got a chance to hit the drum after posing for a photo with the Panthers cheerleaders, the TopCats.

A big thanks to the @Panthers/@PanthersTopCats. Evie is so thankful for the pic! #KeepPounding http://t.co/4ZmKekXyIk

Johnson was asked by Panthers.com how the mission of The Jimmie Johnson Foundation meshes with the spirit of "Keep Pounding."

"I can draw the conclusion that you've just got to keep working hard for it," he said. "In the nonprofit world it's maybe not as competitive as out there on the football field, but hard work definitely goes a long way. It's fun to be here at home on a great weekend and hopefully watch the Panthers win today."

Perhaps Johnson brought some good luck, as the Panthers beat the Tampa Bay Buccaneers to inch closer to earning a spot in the playoffs.