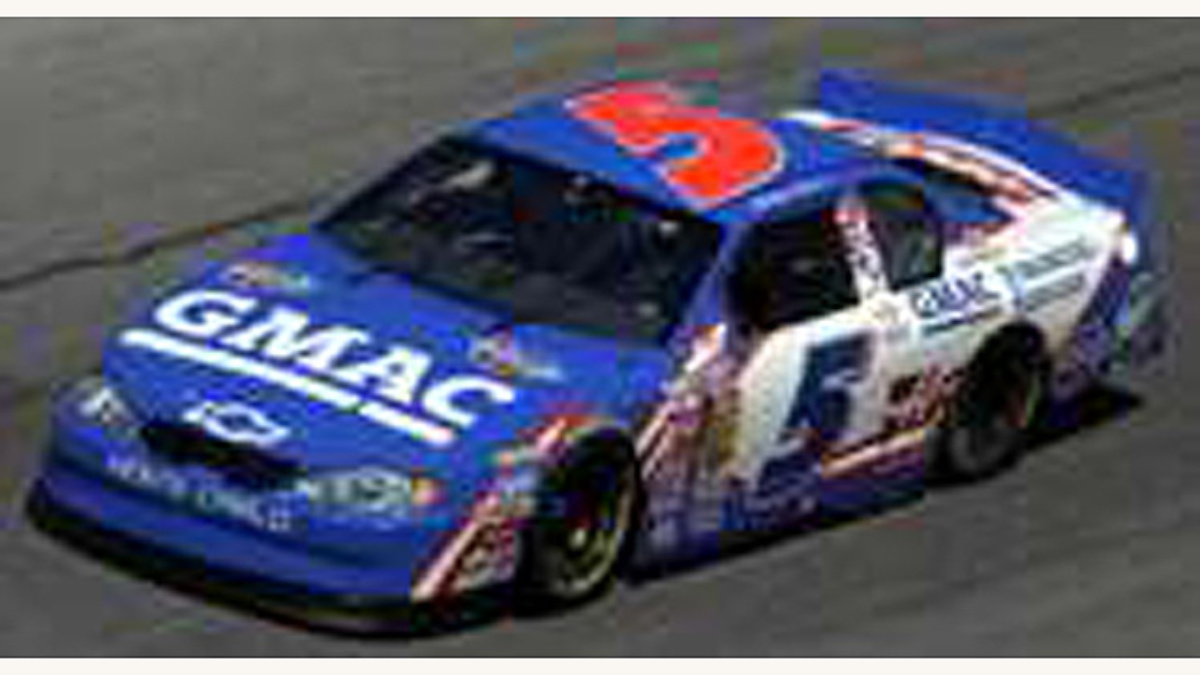 DOVER, Del. (May 31, 2003) – The GMAC Racing team displayed great teamwork during Saturday’s MBNA Armed Forces Family 200 at Dover International Speedway despite being faced with their fair share of adversity. After starting 13th, driver Brian Vickers didn’t force any issues and showed a lot of patience during the opening laps, and by Lap 35 had worked his way into ninth place after starting 13th. The second caution flag of the event waved on Lap 48 with Vickers in the eighth position, so crew chief Lance McGrew elected to pit for four tires, fuel and an air-pressure adjustment. As the No. 5 GMAC Chevrolet was receiving service, the No. 20 Chevrolet of Mike Bliss hit GMAC front-tire carrier Jamie Frady. Without delay, Frady gathered himself and continued servicing the No. 5 Chevrolet. Great pit work by the team gained Vickers two positions in the pits and he restarted the race on Lap 54 in sixth place. Frady was uninjured and continued his duties for the team throughout the race. At the halfway point (Lap 100), Vickers had moved into fourth and was closing on leader Matt Kenseth despite the No. 5 GMAC Chevrolet being just a little tight from the center of the corners and off, but it wasn’t enough to slow down Vickers as he continued to track down the leader. By Lap 136, he had moved into third when pit stops began to cycle through. On Lap 143 with Vickers as the leader, the team elected to stop for service, bringing the No. 5 Chevrolet to pit road where the team changed four tires, added fuel and made another air-pressure adjustment. Four laps after he pitted, the caution flag waved with Vickers in second behind Winston Cup points leader Matt Kenseth. The following incident that took place on the restart was a flashback to what happened at Texas Motor Speedway in April, but things turned out for the better this time. On the restart, Kenseth missed a shift and, with nowhere to go, Vickers ran into the back of the No. 17 entry, causing damage to the No. 5 Chevrolet. The incident caused a chain-reaction accident behind Vickers and brought out the caution flag once again. Vickers sustained damage to the nose of his car and it was also determined the crushed right-front fender was rubbing the right-front tire. Not wanting to take any chances, Vickers came to the attention of his crew, who changed right-side tires and pulled away the rubbing sheet metal. One lap later, Vickers pitted again under the caution and the team repaired a hole located on the front bumper. A lot of teams probably would have panicked and crumbled, but the GMAC team held their composure and took the time to finish the job right. It’s true the incident took the team out of contention for the win, but they knew they still had a good car and could salvage a solid finish. Vickers restarted the race on Lap 161 in 10th place, and by Lap 172 had moved into eighth before another caution flag on Lap 179 when leader Matt Kenseth spun exiting Turn 2. With less than 15 cars on the lead lap, the GMAC team had nothing to lose and elected to pit on Lap 180 for two fresh left-side tires and a wedge adjustment. The race restarted on Lap 183 with Vickers in seventh place, and with five laps remaining, the race was red-flagged with Vickers sixth. The red flag lasted for 10 minutes, and when the race went back to green on Lap 197 Vickers was behind the No. 25 of Bobby Hamilton. It was apparent Vickers was faster, but Hamilton did not want to give up the position. Finally, on the last lap, Vickers made a last effort to pass Hamilton for the spot and succeeded, beating the No. 25 entry to the finish line for fifth. Saturday’s never-say-die effort was the team’s third top-five finish in the last four races and moved Vickers up one more position in the championship standings to seventh. Joe Nemechek, who drives the No. 25 UAW-Delphi Chevy for Hendrick Motorsports in the NASCAR Winston Cup Series, nabbed the Busch Series win at Dover in his own No. 87 Chevrolet. GMAC Racing will be back in action June 7 under the lights at Nashville (Tenn.) Superspeedway. Live coverage of the event will begin at 7:30 p.m. EDT on FX and MRN Radio.
Prev Article