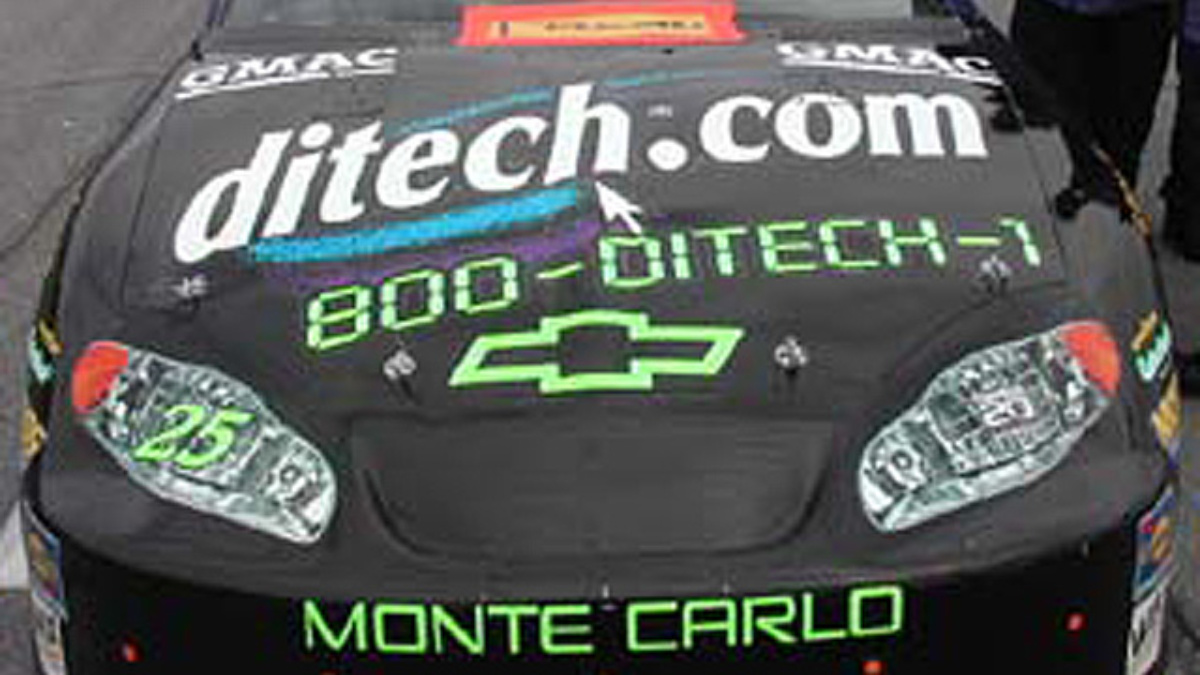 INDIANAPOLIS (March 2, 2004) – Ditech.com, a leader in the direct lending industry, will focus on activating its sponsorship of Hendrick Motorsports’ No. 25 Chevrolets and driver Brian Vickers throughout the 2004 NASCAR Nextel Cup Series season. Ditech.com has some exciting plans for 2004, including the launch of its Ultimate Racing Room fan contest this spring. The online contest will allow fans to design their Ultimate Racing Room and win a chance to see their designs come to life at the end of the NASCAR season. The Ultimate Racing Room promotion will showcase ditech.com’s sponsorship of Vickers and the No. 25 team and their dedication to reaching out into the racing community and creating memorable experiences for race fans. Look for a full promotional schedule and more information on this promotion at the launch event during the NASCAR weekend at California Speedway in May. Also, a new racing-themed ditech.com commercial, “Team Meeting,” was rolled out during Daytona 500 Speedweeks last month. The commercial, plus an entertaining “bloopers” reel, can be viewed at www.DitechRacing.com. This TV spot entertains race fans while adhering to the well-known ditech.com slogan, “Lost another one to ditech!” Brian Vickers is featured in the spot along with the rest of the drivers in the Hendrick Motorsports stable. Drivers appearing in the commercial include Jeff Gordon, Jimmie Johnson and Terry Labonte. There are also plans for a second ditech.com commercial featuring Brian Vickers to air in April in support of the Ultimate Racing Room promotion. 2004 highlights a continuation of ditech.com’s involvement with Hendrick Motorsports. After completing a successful season as the major sponsor for Hendrick driver Kyle Busch in the NASCAR Busch Series, ditech.com has expanded their involvement by joining the NASCAR NEXTEL Cup Series as a sponsor of Vickers and the No. 25 Chevrolets. At age 20, Vickers is the youngest full-time competitor in the modern-era history of NASCAR’s premier series, and will be in the hunt for the Rookie of the Year title after capturing the 2003 Busch Series championship. Founded in 1995, ditech.com is a member of the General Motors family of companies. A business unit of GMAC Mortgage, ditech.com delivers excellent customer service along with the security of being part of one of the largest mortgage companies in America. Ditech.com offers the consumer a variety of products, including first mortgages, fixed and variable equity lines of credit and no closing cost equity seconds. The online capabilities allow the customer to communicate with knowledgeable loan agents from home, work or on the road.
Prev Article