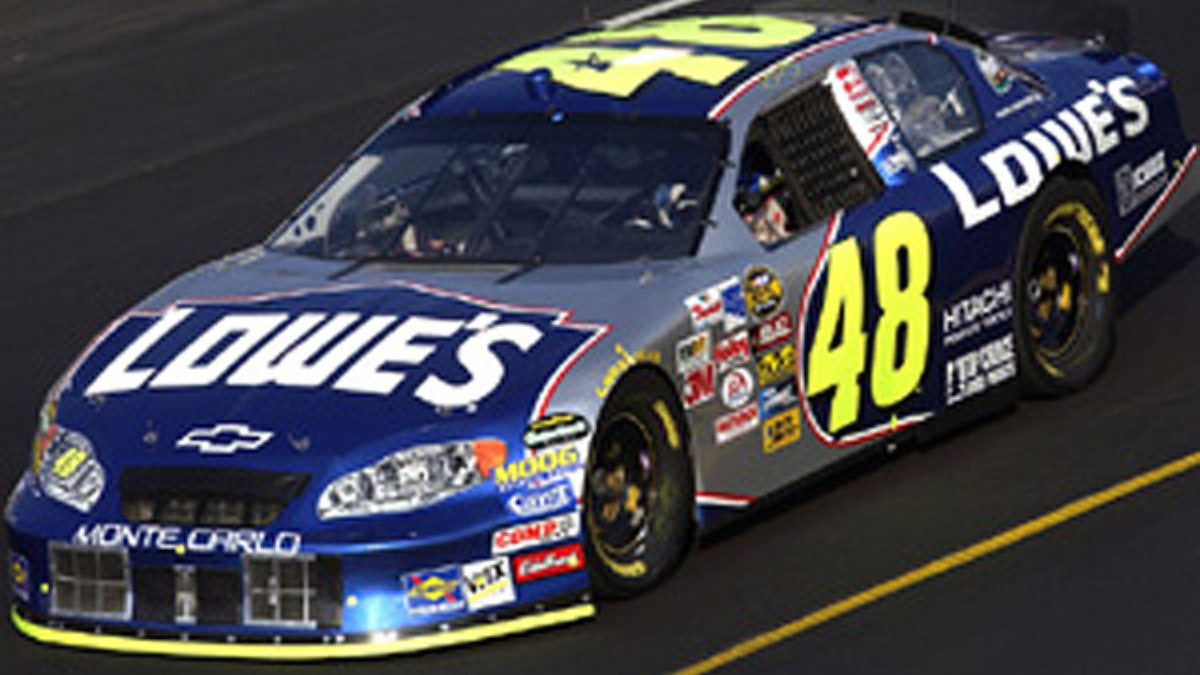 RICHMOND, Va. (May 15, 2004) – Hendrick Motorsports placed three teams in the top 10 at Richmond International Raceway on Saturday night, including a runner-up finish by Team Lowe’s Racing and driver Jimmie Johnson. Starting from the fifth position, Johnson posted his seventh top-five finish of 2004 and remained second in the NASCAR NEXTEL Cup Series championship standings with one victory and eight top-10s. He is just 40 points out of the lead. With a sixth-place showing in the No. 24 DuPont Chevrolet, Jeff Gordon locked up his series-leading ninth top-10 finish in just 11 races this season. The four-time Cup Series champion has finished no worse than ninth in the last half-dozen events. Gordon, who started 13th at Richmond, remains third in the standings, just 62 points back. Rookie Brian Vickers enjoyed the most successful weekend of his young NEXTEL Cup career, winning the pole position on Friday and earning his first-ever top-10 finish on Saturday night with an eighth-place result. “It feels like you think it would -- it feels very good,” said the 20-year-old Vickers. “The GMAC Chevy team did an awesome job all weekend. We obviously had a great car in qualifying and came away with our first pole. The race went pretty good today.” Vickers, who became the youngest driver to earn a pole in NASCAR’s modern era, was the top-finishing Raybestos Rookie of the Year candidate for the second race in 2004 and moved up a full four positions to 23rd in championship points. Terry Labonte finished 18th after qualifying 19th in the No. 5 Kellogg’s Chevrolet, picking up his seventh top-20 result this year. The two-time champion moved to 20th in the NEXTEL Cup standings. Dale Earnhardt Jr. won at Richmond and retained the lead in the championship hunt. The NASCAR NEXTEL Cup Series will next visit Lowe’s Motor Speedway in Concord, N.C., for the NASCAR NEXTEL All-Star Challenge, a special non-points event for any Cup Series driver or owner that earned a win in 2003. FX and MRN Radio will begin live coverage at 7 p.m. ET on Saturday, May 22.
Prev Article