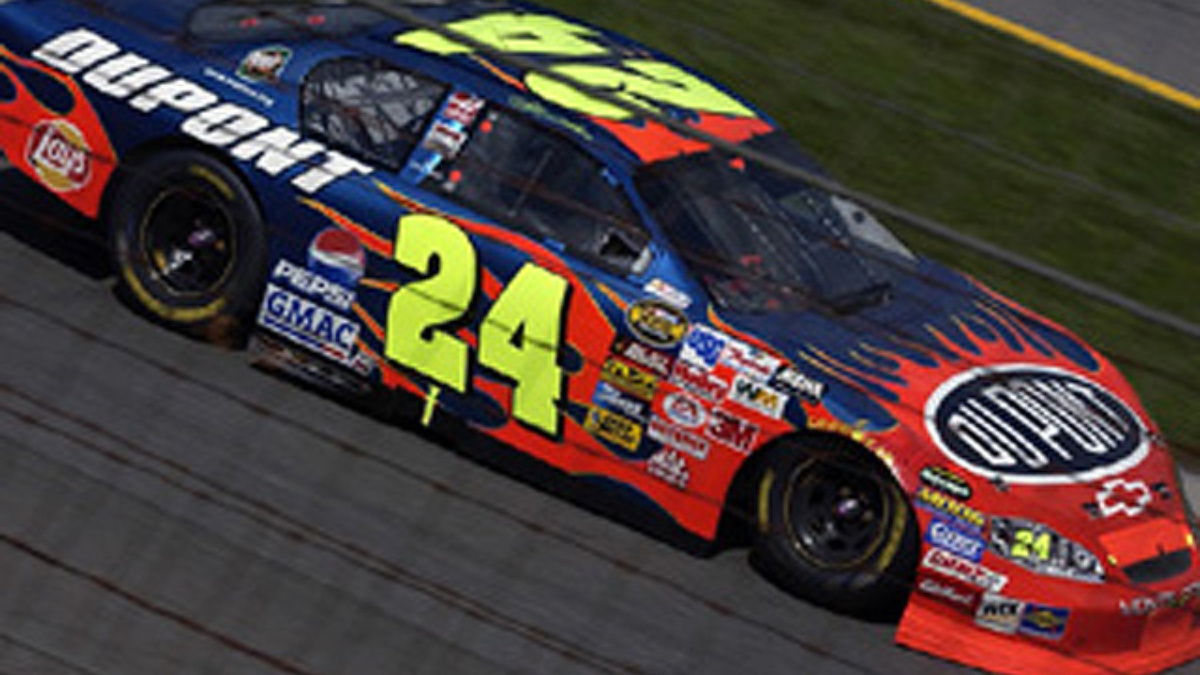 LOUDON, N.H. (Sept. 19, 2004) – Driving the No. 24 DuPont Chevrolet, Jeff Gordon finished seventh at New Hampshire International Speedway as the “Chase for the NASCAR NEXTEL Cup” got underway Sunday. Starting from the pole position after Friday’s qualifying session was rained out, Gordon earned his 19th top-10 finish of 2004 -- three more than the his closest competition in that category. He is now third in the championship standings, just nine points back of co-leaders Dale Earnhardt Jr. and Kurt Busch. Starting second, Jimmie Johnson drove his No. 48 Lowe’s Chevy to an 11th-place showing at New Hampshire, putting him fifth in the standings after the first of 10 “post-season” events. Rookie Brian Vickers came in 22nd after starting 24th in the No. 25 GMAC Financial Services Monte Carlo. He was closely followed by teammate Terry Labonte, who began the race 23rd before finishing 24th in the No. 5 Kellogg’s Chevy. Vickers is now 25th in the standings, while Labonte is 23rd overall. Busch’s earned his third win of the season Sunday, visiting Victory Lane at Loudon for the second time in 2004. The NASCAR NEXTEL Cup Series will next visit the one-mile Dover (Del.) International Speedway on Sunday, Sept. 26. Live coverage will begin at 12:30 p.m. ET on TNT and MRN Radio.
Prev Article