Inside the Numbers: Stomping ground stats at Kansas

What time is the race at Kansas? All you need to know 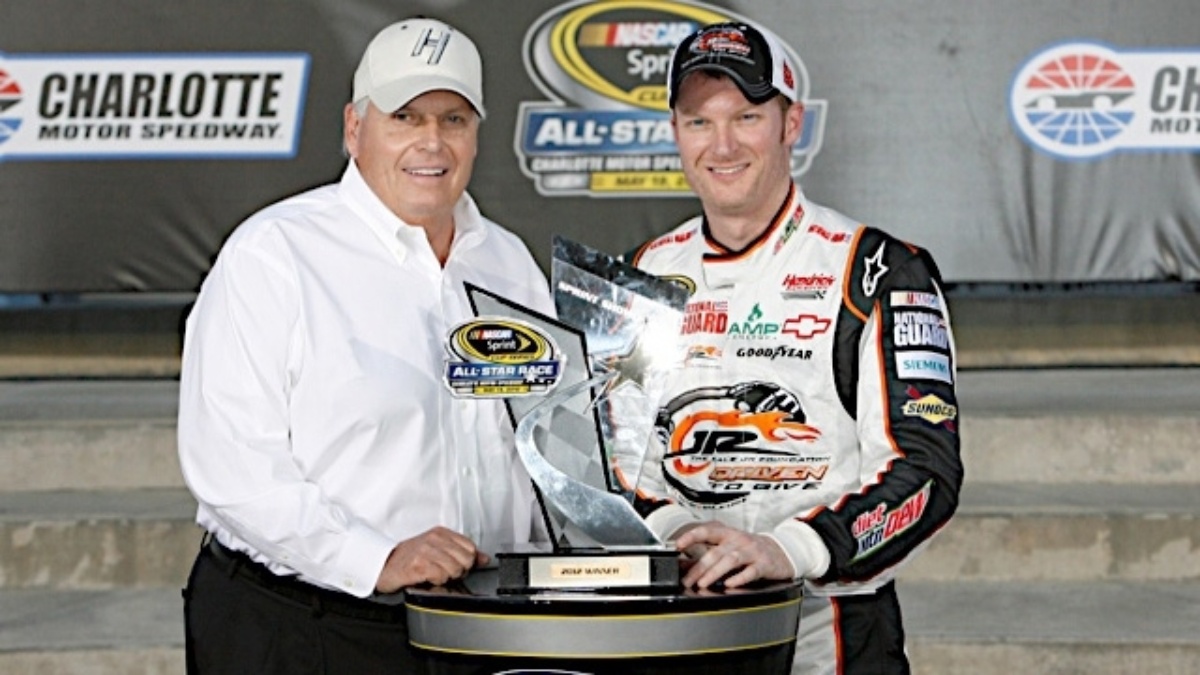 “This is something Rick and I have talked about doing ever since I came to Hendrick Motorsports, but we agreed it had to be the right situation,” said Earnhardt, who drives the No. 88 Diet Mountain Dew/National Guard Chevrolets for Hendrick Motorsports. “I’m honored to work with everyone at Hendrick Automotive Group and have this opportunity in a great market like Tallahassee. I was a mechanic in a Chevy store before I started racing, and I've always loved General Motors products and been interested in the dealership business. So it's exciting for me, and I hope it’s going to be exciting for the people in the Tallahassee area.”

The dealerships are the first in the Tallahassee market for Hendrick Automotive Group, which will manage the stores. The company operates 84 dealerships across the country, including the Earnhardt locations. Both facilities will undergo renovations to modernize their appearances and amenities.

“We wanted to find something centrally located between Daytona and Talladega, and Tallahassee was the perfect fit,” Hendrick joked, referring to Daytona Beach, Fla., and Talladega, Ala., where Earnhardt has won a combined seven NASCAR Sprint Cup races and has a strong fan base. “But truly, Tallahassee is a market we’ve been looking at for a long time, and it’s going to be a terrific place to do business. It’s exciting to have Dale Jr. involved, and we feel lucky to be a part of this community.

“Larry and his partners could’ve sold the stores to anyone, so we’re honored they chose us. He’s done business the right way for years and has a stellar reputation throughout Tallahassee. When we started talking, Larry’s biggest concern was that his people be taken care of. That says a lot about who he is and the type of culture he’s built here.”

Market Area Vice President Ryan Regnier, who has been with Hendrick Automotive Group in various roles since 1996, will oversee the two Earnhardt dealerships.

“We’re excited to be part of the strong, community-based market of Tallahassee,” Regnier said. “Dale Earnhardt Jr. has great fans in Florida, and his two new dealerships are valued additions to our company. We’re committed to serving Tallahassee and making these stores among the most successful managed by Hendrick Automotive Group.”

Free shuttle service will provide travel between both Earnhardt stores and to locations around the greater Tallahassee area. Manufacturer lifestyle boutiques with apparel and vehicle accessories, children’s play areas and free Wi-Fi also will be available at both dealerships.