Elliott, Bowman excited for Round of 12: ‘We are ready for Vegas’

Byron proud of ‘great season’ despite end to championship run 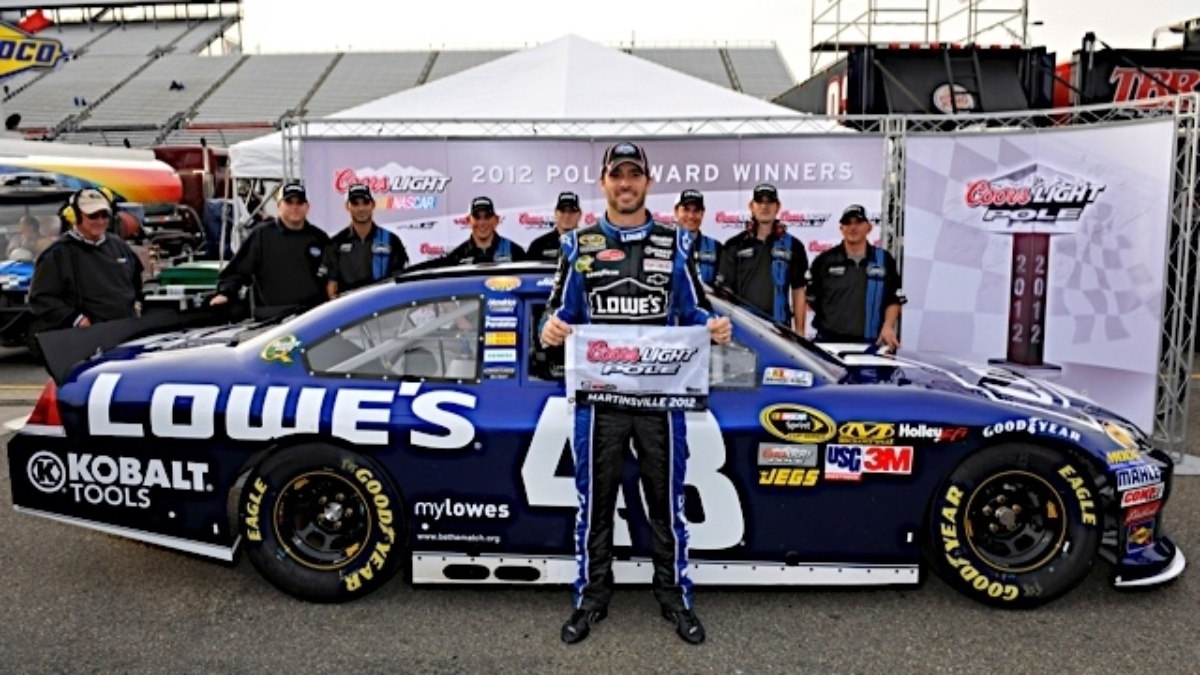 Hendrick Motorsports has recorded its most wins and top-10 finishes at Martinsville. The organization has 18 victories there, most recently reaching Victory Lane at the short track in March 2009. In October 2011, three Hendrick Motorsports drivers finished seventh or better to give the organization 100 career top-10s at Martinsville. That figure is a team-best for Hendrick, but also is more than any other team has acquired at any Cup track in NASCAR history.

Kasey Kahne, driver of the No. 5 Hendrickcars.com Chevrolet
Qualified: 15th.
At Martinsville: In 17 Cup starts at Martinsville Speedway, Kahne has one top-five finish and two top-10s. He scored his best result at the short track in April 2005 when he rallied from a 35th-place starting spot to finish second. The driver of the No. 5 Hendrickcars.com Chevrolet scored the pole position at the half-mile oval in April and has qualified sixth or better six times at the Virginia short track.
Most recently: Kahne opened last weekend’s 267-lap event at Kansas Speedway from the pole position – his first at the 1.5-mile track and his fourth this season. As the race unfolded, Kahne and crew chief Kenny Francis worked through various handling issues on the No. 5 Chevrolet. Kahne continued to run inside the top 15, avoiding incidents as they unfolded. With 46 laps to go, Kahne lined up third for the restart on fresh right-side tires. He benefited from 23 laps of green-flag racing during the last leg of the race to record a fourth-place result. He ranks fifth in the championship standings.
Kahne says: “Our car was really fast at Martinsville in the spring. Even though we had some bad luck, it was a big week for the team to get the pole and show that speed. We went on our best streak of the year after that, so I hope we can go back and get the win this time.”

Jeff Gordon, driver of the No. 24 Pepsi MAX Chevrolet
Qualified: 11th.
At Martinsville: Gordon leads active drivers with seven wins, seven pole positions, 25 top-five finishes, 31 top-10s and 3,094 laps led in 39 Cup starts at Martinsville. According to loop data statistics from the past 15 races at the short track, the driver of the No. 24 Pepsi MAX Chevrolet ranks second for fastest average green-flag speed (91.447 mph) and driver rating (120.8).Gordon led 113 lap en route to a third-place finish in this race last year.
Most recently: Gordon started 14th and moved into the top 10 within the first six laps at Kansas Speedway last weekend. Gordon continued to improve his track position, but cut a tire soon after the start of the race. The No. 24 team loaded up a new set at just the right time. As the race unfolded, Gordon maintained his position inside the top 15 despite a 14 yellow-flag periods and took the lead on Lap 124 and 157. Gordon ultimate scored a 10th-place finish. He ranks eighth in the championship standings.
Gordon says: "I can't wait for the race this weekend. It all comes down to preparation. Hendrick Motorsports gives me such great race cars that it allows me to just go focus on my line and my entry speed. I can focus on how we can make the car go faster, how I can get back to the throttle sooner and how I can make the tires last over long runs. I'm already dreaming about it."

Jimmie Johnson, driver of the No. 48 Lowe’s Chevrolet
Qualified: First.
At Martinsville: In 21 Cup stats at Martinsville, Johnson has six wins, 14 top-five finishes, 18 top-10s and one pole position. The driver of the No. 48 Lowe’s Chevrolet ranks first among average drivers with an average running position (4.3), average green-flag speed (91.456 mph) and quality passes (542) in the last 15 races at the Virginia short track. Johnson led 61 laps on his way to a second-place finish in this race last year.
Most recently: Johnson lined up seventh for last weekend’s Cup event at Kansas, taking second on Lap 45. Just 32 laps later, he was lining up on the inside of the front row for the restart after a swift two-tire stop. The driver of the No. 48 Chevrolet immediately took the lead and maintained it through another caution period and restart. Mid-race, Johnson spun in the center of Turn 4 and hit the wall. He reported to pit road, where crew chief Chad Knaus assessed the damage and the No. 48 team began repairs. The No. 48 team used six pit stops under that caution period and was able to repair the Chevrolet and keep Johnson on the lead lap. During the final 23 laps, Johnson rallied to finish ninth. He ranks second in the championship standings.
Johnson says: “It’s pressure time, it’s go time, it’s all that stuff with four to go. The points as tight as they are, we expect to be one of the cars racing for the win (at Martinsville).”

Dale Earnhardt Jr., driver of the No. 88 Diet Mountain Dew/National Guard Chevrolet
Qualified: 20th.
At Martinsville: In 25 Sprint Cup starts at Martinsville, Earnhardt has scored 10 top-five finishes, 14 top-10s and led 868 laps. He recorded a career-best runner-up finish at the Virginia short track behind the wheel of the No. 88 Chevrolet in October 2008 and again in April 2011. Earnhardt's 868 laps led at Martinsville are his personal best at a track. He has tallied 256 of those laps driving the No. 88 Chevrolet for Hendrick Motorsports. His 10 top-five finishes at Martinsville are a personal best at a track, and his 14 top-10 finishes match his personal best at a track. He also has 14 top-10s at Daytona (Fla.) International Speedway.
Most recently: Earnhardt returns to the track this weekend for the first time since Talladega (Ala.) Superspeedway. The No. 88 team earned a seventh-place result during last weekend’s Cup event at Kansas. Earnhardt ranks 12th in the championship standings.
Earnhardt says: “I feel like I’ve been out of the car for a year. It doesn’t feel like a couple of weeks. But, I think we can go right to it. I felt good at the test. I like this race track, and I feel like we can run good here, and I want to do a good job over the next four weeks. I want to run hard, and I want us to go into every weekend trying to do what we’ve been doing all year long.”