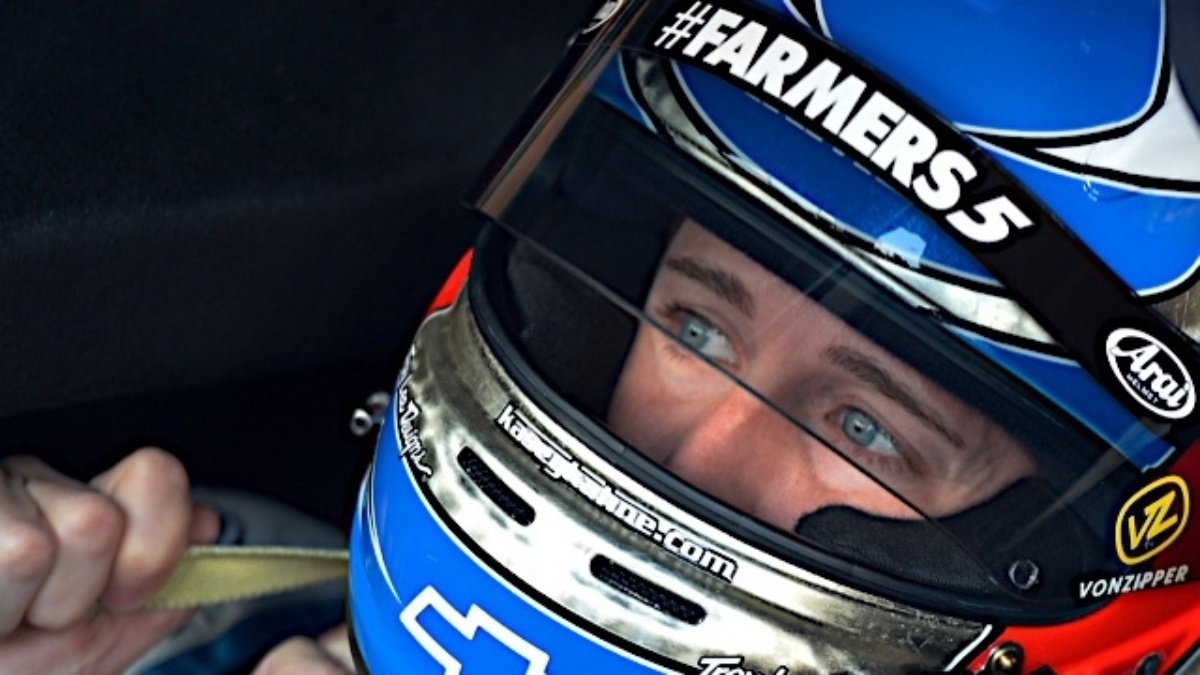 In 58 Cup events (183 starts) at Dover, Hendrick Motorsports has 14 wins, 47 top-five finishes and 79 top-10s. Johnson, who won most recently at the one-mile oval in June 2012, has seven career wins at Dover and ranks tied for first all-time at the track with Hall of Famers Bobby Allison and Richard Petty. Gordon has contributed another four wins to Hendrick Motorsports’ total.

Coverage of Sunday’s race is scheduled to begin at 1 p.m. ET on FOX and MRN. Check local listings.

Kasey Kahne, driver of the No. 5 Farmers Insurance Chevrolet SS
Qualified: 11th.
At Dover: Kahne has recorded one top-five finish, five top-10s and has led 88 laps in 18 Sprint Cup starts at Dover. He earned his best finish of fourth at the track in October 2011 and crossed the line ninth in this race a year ago. Kahne has eight starts inside the top 10 at the one-mile concrete oval.
Most recently: Kahne led 161 laps and finished second in the 600-mile NASCAR Sprint Cup Series race at Charlotte (N.C.) Motor Speedway on May 26. Kahne has a series-leading three runner-up results in the first 12 events of season. He now ranks fifth in the driver standings and trails leader and teammate Jimmie Johnson by 75 points.
Kahne (On why he’s a NASCAR driver): “Our sport is very competitive. Something I definitely want to shoot for is winning races and ultimately winning a championship. That’s why we do it. That’s why Kenny Francis (crew chief) does it and our entire team -- it’s the effort we put in to make that happen. I definitely feel like this is my best shot yet just with the team, Mr. (Rick) Hendrick (team owner) and what he’s done for me, being prepared, having great sponsorship on the car and knowing all the people now and knowing the systems at Hendrick Motorsports.”

Jeff Gordon, driver of the No. 24 Drive to End Hunger Chevrolet SS
Qualified: 20th.
At Dover: In 40 career starts at the Monster Mile; Gordon has recorded four wins, four pole positions, 15 top-five finishes and 22 top-10s. He also has led a total of 2,292 laps, which are the third most for any track he has competed on in the Cup series, trailing Martinsville (Va.) Speedway (3,515 laps led) and Bristol (Tenn.) Motor Speedway (2,713 laps led).
Most recently: Gordon started 14th in the 600-mile NASCAR Sprint Cup event last weekend at Charlotte Motor Speedway. The driver of the No. 24 Chevrolet SS ran inside the top-15 for much of the evening at the 1.5-mile oval, but ended up with a 35th-place finish after being involved in a multi-car incident with 75 laps remaining. Gordon now ranks 15th in the driver standings, eight points behind 12th.
Gordon says: "Dover has high speeds with high-banked turns and high-banked straightaways as well. Here, just like Darlington (S.C.), you have to really respect the racetrack. You can't get too caught up in racing the competition. If you get track position, you have to try to maintain it. Survival and having a good car here are very important, though."

Jimmie Johnson, driver of the No. 48 Lowe’s Monsters University Chevrolet SS
Qualified: 24th.
At Dover: Johnson’s seven victories at Dover rank him tied for first on the track’s all-time wins list. To accompany the seven victories, Johnson has recorded 11 top-five finishes and 16 top-10s. In addition, his driver rating of 120.6 and average finish of 6.3 in the previous 16 races at Dover rank him first overall in NASCAR’s loop data statistics.
Most recently: Johnson rolled off the grid 12th last weekend at Charlotte Motor Speedway and ran inside the top 10 for much of the evening. However, an incident on Lap 333 knocked Johnson off of the lead lap and ultimately led to a 22nd-place finish. He now holds a 32-point lead in the driver standings.
Johnson (On the special paint scheme this weekend): “We have the Monsters University movie, we’re promoting the movie, and it will be on our racecar this weekend at the Monster Mile. So excited to have a fun car. I know my daughter has enjoyed the rendering of the car and my helmet and all that goes with it. We had a lot of good luck last year with Madagascar on the car, and I hope that this one will bring us some more luck, as well.”

Dale Earnhardt Jr., driver of the No. 88 National Guard Chevrolet SS
Qualified: 12th.
At Dover: In 26 Cup starts at Dover; Earnhardt has one win, five top-five finishes and eight top-10s. He has led 368 laps and completed 99 percent of all the laps he's attempted (10,305 of 10,404 total) at the Monster Mile.
Most recently: Earnhardt began the 600-mile event at Charlotte Motor Speedway from the 11th position and ran inside the top 20 for much of the evening. However, the No. 88 Chevy SS began experiencing engine issues just past the halfway mark and had to go behind the wall. He was scored 39th and ranks sixth in the driver standings.
Earnhardt says: “Dover's a tough track, a track that I don't have the greatest track record on over the last several races, although we did finish in the top five last year. I’ve got confidence going in to this weekend. We're just going to try to maximize our opportunity on the racetrack.”