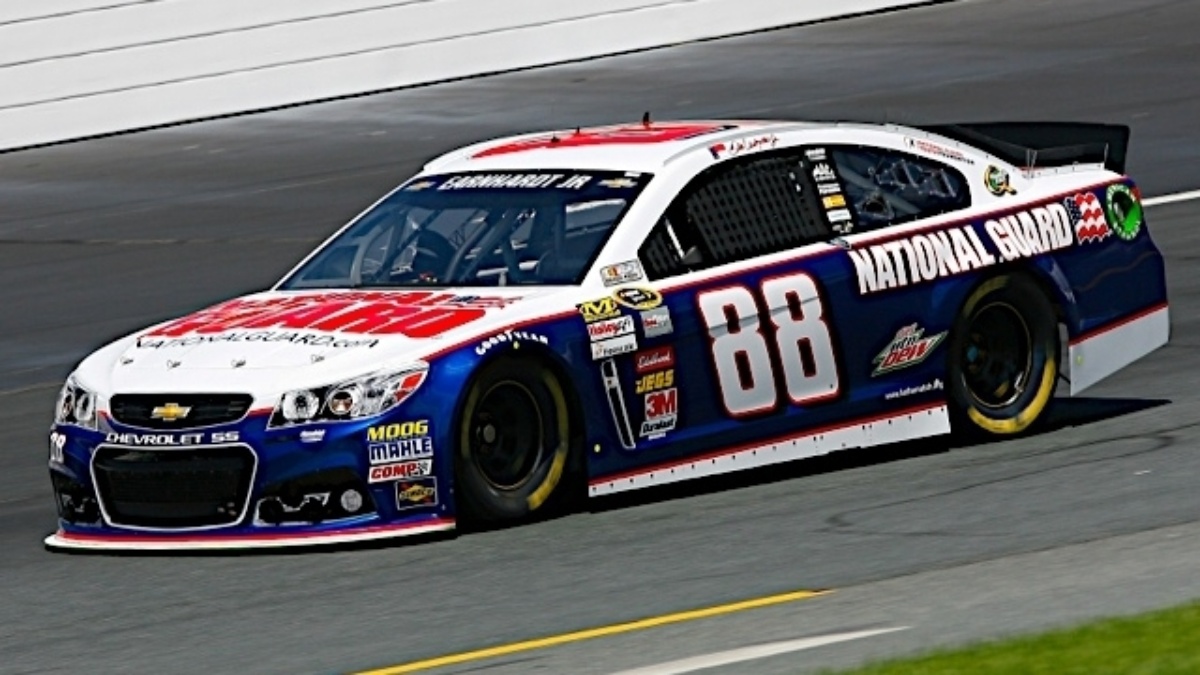 Coverage of Sunday’s race is scheduled to begin at 1p.m. ET on TNT and PRN. Check local listings.

Kasey Kahne, driver of the No. 5 Farmers Insurance Chevrolet SS
Qualified: Eighth.
At New Hampshire: In 18 Sprint Cup starts at New Hampshire, Kahne has scored one win, three top-five finishes and eight top-10s. Kahne has led 274 career laps at New Hampshire and enters this weekend as the defending race winner of the July event.  In this race a year ago, Kahne rolled off from the second position and led 66 laps en route to his first victory at the 1.058-mile oval.
Most Recently: Most recently, Kasey Kahne was running second in the NASCAR Sprint Cup Series race at Daytona (Fla.) International Speedway on July 6 with five laps to go when a competitor moved suddenly to the bottom line and sent Kahne off the track and into the infield retaining wall. He was scored with the 32nd-place result and moved to 12th in the driver standings, nine points out of 10th.
Kahne (On New Hampshire.): “It’s fun to race at tracks that are a little different so I like New Hampshire. It’s a flat, one-mile track, and you drive the car a lot different there with the braking and the way you pick up the throttle. I feel like Turn 3 is probably the toughest part of New Hampshire because it’s rough getting into the corner, which makes it easy to lock up your brakes, get loose or slide the car over the bumps. So just trying to really work on that through practice and not give up anywhere else in the corner is usually key for me there. Overall, it’s a pretty cool track. They always have really good fans up there. A lot of people come to the races so it’s a good place.”

Jeff Gordon, driver of the No. 24 Drive to End Hunger Chevrolet SS
Qualified:  Fifth.
At New Hampshire: In 36 Cup starts at New Hampshire, Gordon has earned three wins and four pole positions, while his 16 top-five finishes, 21 top-10s and 1,316 laps led are the most of any driver at the 1.058-mile oval. Gordon enters this weekend with 15 consecutive top-15 finishes and five consecutive races with at least one lap led at the Magic Mile.
Most recently: Gordon lined up 23rd last weekend at Daytona (Fla.) International Speedway and immediately began working his way toward the front. Gordon had the No. 24 Chevrolet SS running as high as third before sustaining damage and having to go behind the wall for repairs with 11 laps remaining. Gordon was scored with a 34th-place finish and moved to 14th in the driver standings, 12 points out of 10th.
Gordon (On New Hampshire.): "This track is very flat, but it has long straightaways so you carry a lot of speed into the corners. It's hard to maintain a lot of speed for such a long, flat corner. Even though flat tracks weren't my favorite types of tracks growing up, I've always enjoyed racing here. We've run well the last couple years, and we just did the tire test here a few weeks back. We're definitely excited about the race this weekend."

Jimmie Johnson, driver of the No. 48 Lowe’s Chevrolet SS
Qualified: 43rd.
At New Hampshire: In 22 Sprint Cup starts at New Hampshire, Johnson has recorded three wins, eight top-five finishes, 15 top-10s and an average finish of 9.5. Johnson swept both races at the Magic Mile in 2003 and is a two-time winner of the July event, visiting Victory Lane in 2010 as well.
Most recently: Johnson won on July 6 at Daytona (Fla.) International Speedway to become the first driver since Hall of Famer Bobby Allison in 1982 to sweep the Daytona 500 and the 400-mile event at the 2.5-mile superspeedway in the same season. Johnson, who lined up from the eighth position, paced the field for 94 circuits before capturing his fourth checkered flag of the 2013 season. With the win, Johnson is tied with Matt Kenseth for the series lead in victories. Johnson also increased his lead in the championship standings to 49 points over second-place Clint Bowyer.
Johnson (On what it takes to run well at New Hampshire.): “It starts with qualifying. Getting a good starting spot is really important and not just because of pit-stall selection. It’s tough to pass there and starting in the back just makes your day that much tougher. Track position is key. And the car drives differently depending on where you are. Once you get up front, it’s a whole different ball game than when you’re in traffic. You need the car to turn a specific way when you are back there. So, really, having a good race strategy and staying up front are important for a good finish.”

Dale Earnhardt Jr., driver of the No. 88 National Guard Chevrolet SS
Qualified: Third.
At New Hampshire: In 27 Cup starts at New Hampshire, Earnhardt has scored seven top-five finishes and 11 top-10s. He has an average start of 16.4 at the 1.058-mile oval and an average finish of 16.1. The driver of the No. 88 National Guard Chevrolet SS has led 351 laps and recorded his best finish of third there in 2004.
Most recently: After finishing eighth last weekend at Daytona (Fla.) International Speedway, Dale Earnhardt Jr. advanced one position to fifth in the NASCAR Sprint Cup standings. He trails leader and teammate Jimmie Johnson by 110 points.
Earnhardt (On New Hampshire.): “New Hampshire is track I enjoy racing on. I’ve really loved running there. It is so challenging to pass with how the car has to roll the center. You work so hard trying to get that to happen all day. I enjoy short-track racing, and the corners and the speeds there kind of lend itself to that style. It’s just a little bit frustrating that I haven’t won there because I feel like it’s a track that I should be capable of doing that.”