Larson, Byron place in top five for practice at Nashville 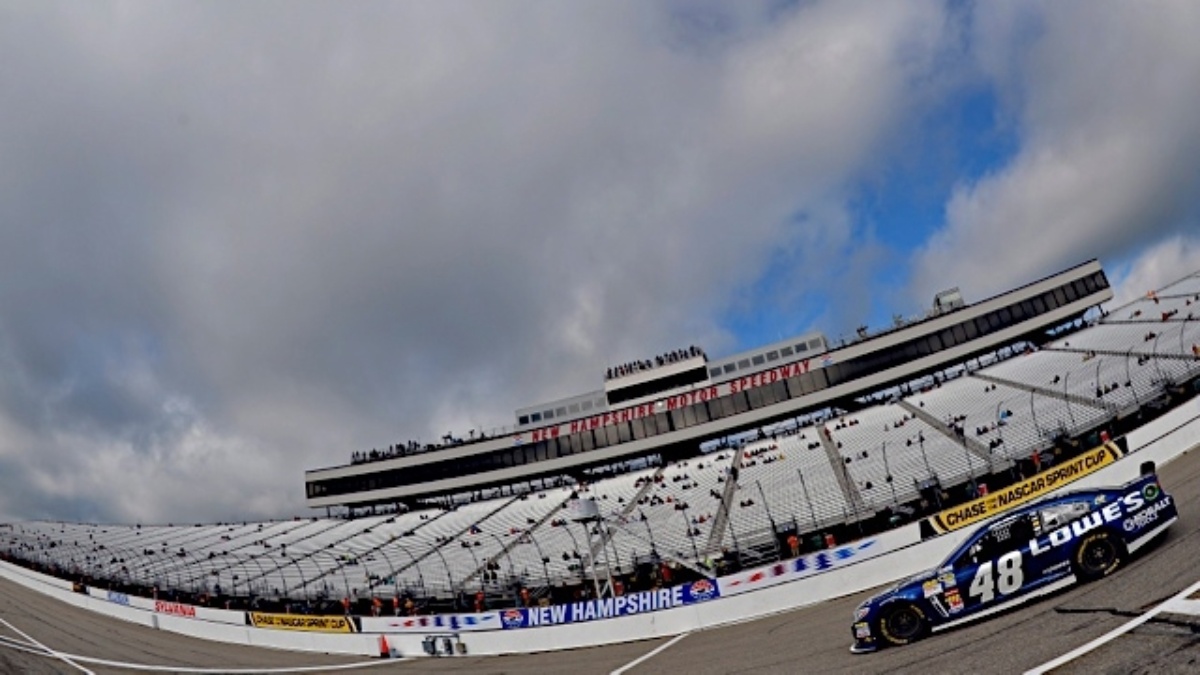 LOUDON, N.H. – Jimmie Johnson scored his second straight top-five result in the Chase for the NASCAR Sprint Cup after finishing fourth on Sunday at New Hampshire Motor Speedway. The driver of the No. 48 Lowe’s Chevrolet SS and was joined in the top 10 by his Hendrick Motorsports teammate Dale Earnhardt Jr. (sixth). Jeff Gordon finished 15th, after a late-race pit miscue cost him track position, and Kahne took 37th after returning from a late-race incident on-track.

Here is the recap by team:

Kasey Kahne, No. 5 Great Clips Chevrolet SS
Race finish: 37th.
Chase standings: 13th.
Recap: Kasey Kahne opened Sunday’s NASCAR Sprint Cup event at New Hampshire Motor Speedway from the outside pole position and was leading the field by Lap 3. An on-track caution period superseded the planned competition yellow at Lap 29, and Kahne benefited from a 6.1-second stop that included fuel, a round of wedge and right-side tires. The driver of the No. 5 Great Clips Chevrolet SS led the field to the Lap 35 restart, but slipped to second and stayed there through the next caution period. On the Lap 59 restart, Kahne battled Ryan Newman for second before winning the spot and beginning to chase leader Martin Truex Jr. Kahne held second until Lap 107, when he slipped to third. On the next circuit, he made his green-flag pit stop for four tires and fuel. The driver of the No. 5 Chevy SS was running sixth when green-flag stops had cycled through completely and improved to fourth on Lap 131. Eleven laps later, Kahne reported a loose-handling condition in the corners. He slipped to fifth by Lap 165, when the caution flag was waved, and the No. 5 team opted to hit pit road for fuel, right-side tires and a chassis adjustment. He restarted ninth and was running seventh by Lap 211. Kahne remained inside the top eight during an ensuing caution period, but was involved in an incident on Lap 252. His No. 5 Chevy SS came to a rest after spinning on the frontstretch. Kahne returned to finish the race and was scored 37th.

Jeff Gordon, No. 24 Drive to End Hunger Chevrolet SS
Race finish: 15th.
Chase standings: Eighth.
Recap: Jeff Gordon lined up third for Sunday’s Sprint Cup event at New Hampshire and was running second within three circuits. The caution flag was waved on Lap 29 for a spin in Turn 4, and Gordon brought his No. 24 Drive to End Hunger Chevrolet SS down pit road for four tires, fuel and an adjustment. The 6.5-second stop was marred slightly when another competitor made contact with Gordon as he was exiting his pit stall. Gordon returned to line up fifth for the Lap 35 restart and was shuffled to seventh when the green flag was waved. He stayed in that position through the next caution period 20 laps later. Gordon improved two spots on the Lap 59 restart and climbed into fourth by Lap 100, when green-flag stops began. Gordon made his four-tire, fuel stop and returned to run seventh when green-flag stops cycled through completely. “It feels like we’ve made the initial throttle tigher and the entry/exit (of corner) looser,” Gordon told his team, as he improved to run fifth – just six seconds behind the leader – on Lap 136. Twenty-nine laps later, Gordon hit pit road during a yellow-flag period and picked up three spots, thanks to a two-tire call, to line up second for the ensuing restart. When the green flag dropped, Gordon claimed the No. 1 spot after the leader spun his tires. Gordon stretched out a two car-lengths lead as green-flag racing continued. He paced the field until the caution flag was waved with 100 laps to go and opted to hit pit road. During his stop, Gordon slid through the pit box and had to back up. Gordon, with four fresh tires and fuel, lined up 22nd for the restart and began his march toward the front. He improved to 13th by Lap 252 when a spin by teammate Kasey Kahne brought out the caution flag. Gordon restarted 18th and improved three spots to finish 15th.

Jimmie Johnson, No. 48 Lowe’s Chevrolet SS
Race finish: Fourth.
Chase standings: Third.
Recap: Jimmie Johnson rolled off the grid 11th on Sunday at New Hampshire Motor Speedway and was running ninth by the time the caution flag was waved on Lap 29. The yellow flag replaced the planned competition caution period, and Johnson pulled the No. 48 Lowe’s Chevrolet SS down pit road for right-side tires and fuel. He lined up 10th for the Lap 35 restart and improved two spots before the caution flag was waved five laps later. The No. 48 team opted to stay on-track during two subsequent pit periods and moved into the seventh position. On Lap 96, crew chief Chad Knaus told Johnson, “Settle in. Get in a rhythm.” Two laps later, Johnson posted the fastest lap on the track. Green-flag stops began on Lap 111, and Johnson stopped for four tires and fuel. Johnson was running seventh by the time green-flag stops cycled through completely, and the driver of the No. 48 Chevy SS had improved to sixth by Lap 138. Twenty-seven laps later, Johnson hit pit road for four tires and fuel during a yellow-flag period for debris. He restarted behind cars that took two tires, but was running fifth by Lap 173 and fourth by Lap 192. Johnson hit pit road when the caution flag waved with 100 laps to go and restarted third five laps later after taking left-side tires and fuel. He moved into second on Lap 213, and one lap later, Knaus encouraged Johnson to use the high groove and save his tires. On Lap 247, Johnson took advantage of a caution period to get right-side tires and fuel before returning to the track to line up third for the restart. He lined up behind Truex, who spun the tires, and mired Johnson in the top 10. Johnson recovered to run fourth by Lap 271 and held that position as the laps ticked down. He has now finished the first two Chase for the NASCAR Sprint Cup events fifth or better.

Dale Earnhardt Jr., No. 88 Time Warner Cable Chevrolet SS
Race finish: Sixth.
Chase standings: 11th.
Recap: Dale Earnhardt Jr. started 17th on Sunday at New Hampshire Motor Speedway and was running 14th by the time the first caution period occurred on Lap 29. The yellow-flag period replaced the scheduled competition caution, and Earnhardt brought the No. 88 Time Warner Cable Chevrolet SS down pit road for right-side tires and fuel. He restarted 33rd after having to come back down pit road to tighten up the right-rear tire. He stayed on track during a subsequent caution period and improved to 24th on Lap 51 when the third yellow flag was waved. Crew chief Steve Letarte opted to gamble with the No. 88 team’s pit sequence and called Earnhardt down pit road for fuel. Earnhardt restarted 25th on Lap 59 and the gamble paid off when green-flag stops began 55 laps later. Earnhardt, on a different pit sequence, led the field on Lap 114. Letarte stretched out Earnhardt’s fuel window and called the No. 88 Chevy SS down pit road on Lap 130. With four fresh tires and fuel, Earnhardt returned to run 25th and quickly drove his way back onto the lead lap. He cracked the top 20 on Lap 145 and was running 18th when the caution flag was waved on Lap 165. Letarte made a call for right-side tires and fuel only during the yellow flag, and that translated into a 14-spot advantage for Earnhardt. The driver of the No. 88 Chevy SS lined up fourth for the restart and was running second behind Jeff Gordon on Lap 174. The caution flag was waved 26 laps later, and Earnhardt stopped for left-side tires and fuel before lining up fifth for the Lap 205 restart. He made contact with a competitor back on track, but held steady inside the top eight. Earnhardt lined up fourth next to teammate Jimmie Johnson for the restart with less than 45 laps to go, and followed leader Matt Kenseth across the stripe. Earnhardt slipped to fourth, which is where he lined up for a subsequent restart, and held his position inside the top 10 to score the sixth-place result in the 300-lap event.