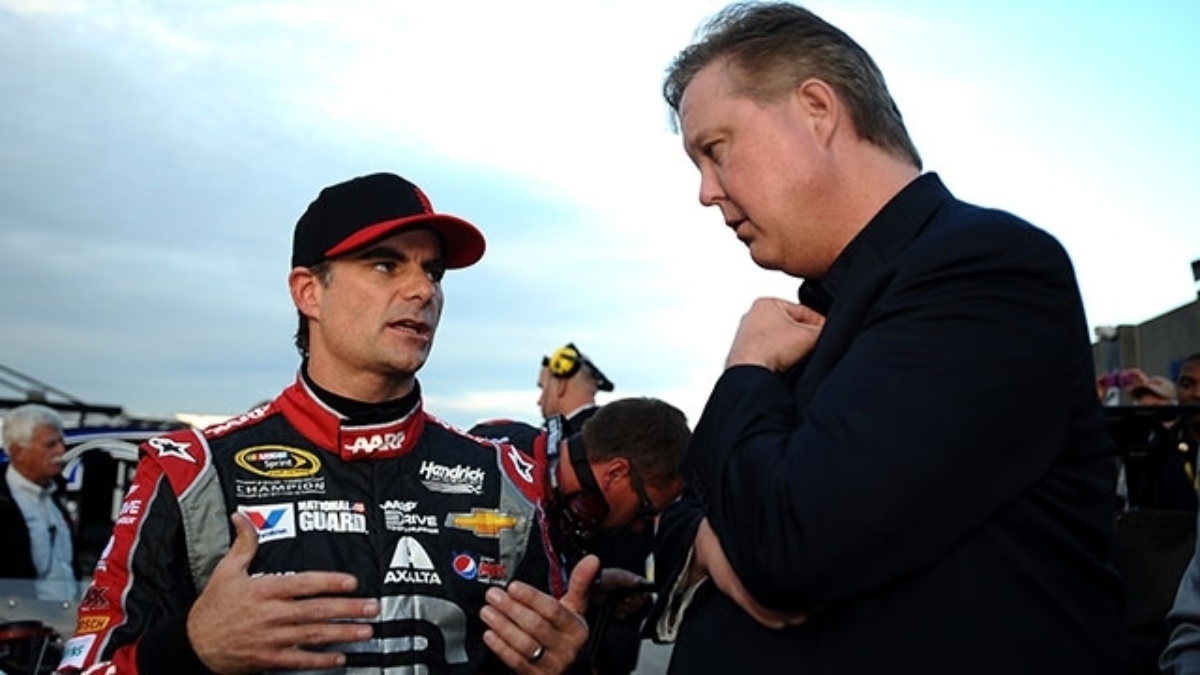 CONCORD, N.C. -- On a day when Jeff Gordon announced that 2015 will be his final full-time Sprint Cup Series season, support for the driver of the No. 24 Chevrolet SS has come pouring in.

That included a statement from NASCAR Chairman and CEO Brian France.

“Jeff Gordon transcends NASCAR and will be celebrated as one of the greatest drivers to ever race," France said in his statement. "We have all enjoyed watching his legend grow for more than two decades, and will continue to do so during his final full-time season. His prolonged excellence and unmatched class continue to earn him the admiration of fans across the globe. Today’s announcement is a bittersweet one. I’ll miss his competitive fire on a weekly basis, but I am also happy for Jeff and his family as they start a new chapter. On behalf of the entire NASCAR family, I thank Jeff for his years of dedication and genuine love for this sport, and wish him the very best in his final season.”

To view a photo gallery of Gordon's career through the years, click here.