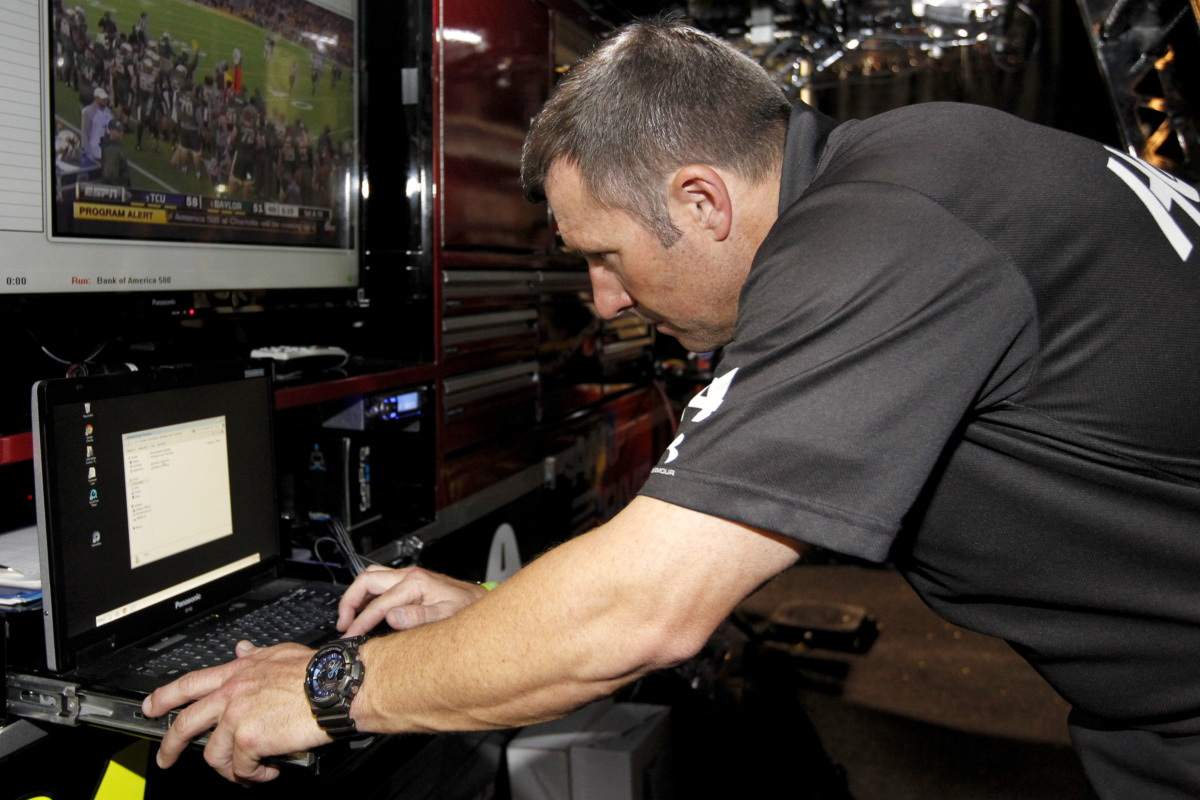 CONCORD, N.C. – The spectacle that is Super Bowl Sunday has arrived. And the 50th edition of the big game seems even a little bit bigger in Hendrick Motorsports’ backyard, as the Carolina Panthers are taking part as the NFC champions.

With that in mind, we thought we’d check in with Hendrick Motorsports’ resident NFL expert, former Miami Dolphins scout and current head pit crew coach for the Nos. 5 and 24 teams Chris Burkey.

Having worked in an NFL front office, he has a unique insight into what Sunday night’s game could bring. And one player in particular stands out.

“We drafted Ted Ginn Jr. in the first round with the Dolphins,” Burkey recalled of the Panthers pass-catcher. “We needed a receiver with some speed. Ted was a fast, straight-line type guy. He one of the guys where he’s going to push you vertically, because he has got such great speed. As a defense, you don’t want to give up the deep play so you’re going to give him a lot of cushion, and he is going to try to break that cushion.”

While Ginn’s time with the Dolphins saw the Ohio State product put together some decent seasons – including a 790-yard, two-touchdown campaign in 2008 – his transition to Carolina has been the receiver’s coming-out party.

“He’s got some serious speed,” Burkey said. “He’s a good talent, for sure. He’s fast and he ultimately had some good coaching. You learn the game, too, and it just comes with time. You just learn it. Ted was a good player.”

Now it’s Ginn, quarterback Cam Newton and the Panthers offense that faces the matchup of the game, in Burkey’s opinion, against the Denver Broncos’ top-ranked defense. 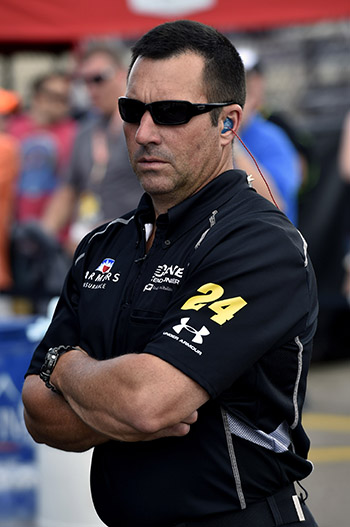 “I think it’s going to be a really good test,” he said, pointing to the Broncos’ pass rushers in DeMarcus Ware and Von Miller along with “that big hoss up front” in defensive lineman Derek Wolfe.

“If you can rush the passer with four down linemen and not have to blitz and play coverage, that gives you a little bit of an advantage,” Burkey explained. “I do believe that the Panthers have one of the best offensive lines in the league so it’s going to be really, really interesting to watch early in the game what the Broncos try to do and see if they can get those four-man or five-man pressures.”

Blitzing Newton may be a mistake, Burkey said, because he can use his athleticism to outrun the defense and pick up yardage on his own.

Watching how all of the players and pieces work together to create a championship team lets Burkey harken back to his days as an NFL scout and recruiter of college football players – a job he said isn’t too dissimilar from working as a pit crew coach for Hendrick Motorsports.

He also oversees the organization’s pit crew combine – similar to the annual NFL Scouting Combine -- when potential pit crew members are invited and put through a series of football-style drills.

“It correlates a lot to what we do in going out and finding an athlete who can come in and be in a specific role,” he said. “We don’t just want a big guy and then we’re like ‘Alright, what are we going to do with him?’ You want an athletic-type guy to be a Jackman, but you don’t want him to be too tall, because too tall, he’s got to be able to bend further. A tire changer can’t be 6-foot-4, so you’re looking for those tire changers that are kind of that wide receiver, defensive back-type guy and the Jackman being like an athletic defensive end.

“You definitely look for the individual aspects of it when you’re looking at position-specific roles, so they do correlate between the NFL and what we do on pit road.” 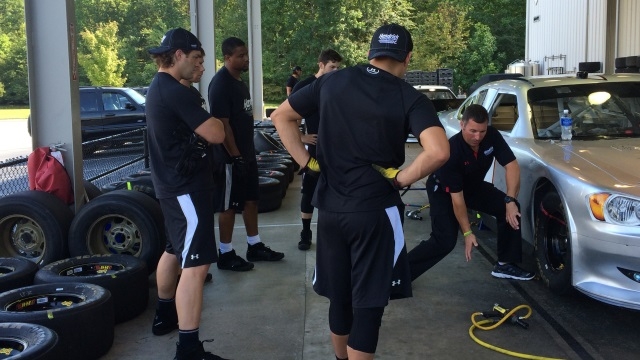 So where would Newton fit on a pit crew?

“Cam Newton is a freak-of-nature really,” Burkey smiled. “He could probably be a Jackman or he could probably be a fueler. You kind of waste his talent as a fueler so you’d probably want to see him as a Jackman. Then he can jump in front of the car or be athletic and run around the car, things like that. He’s long-limbed so he’s got a lot of leverage so he would probably start at the jack position.”

With Newton comfortable in his calling as an NFL quarterback, the attention turns back to Super Bowl 50.

Who does Burkey see coming out on top?

“The fan in me would like to see Peyton Manning win because I think if he wins it he’ll finally give it up and retire and go out on top,” he said. “But being from Charlotte, it would be great time and great experience to have the Panthers win as well. So I’m kind of torn in between.