Earnhardt fastest on Friday: ‘Our car is amazing’

Earnhardt fastest on Friday: ‘Our car is amazing’ 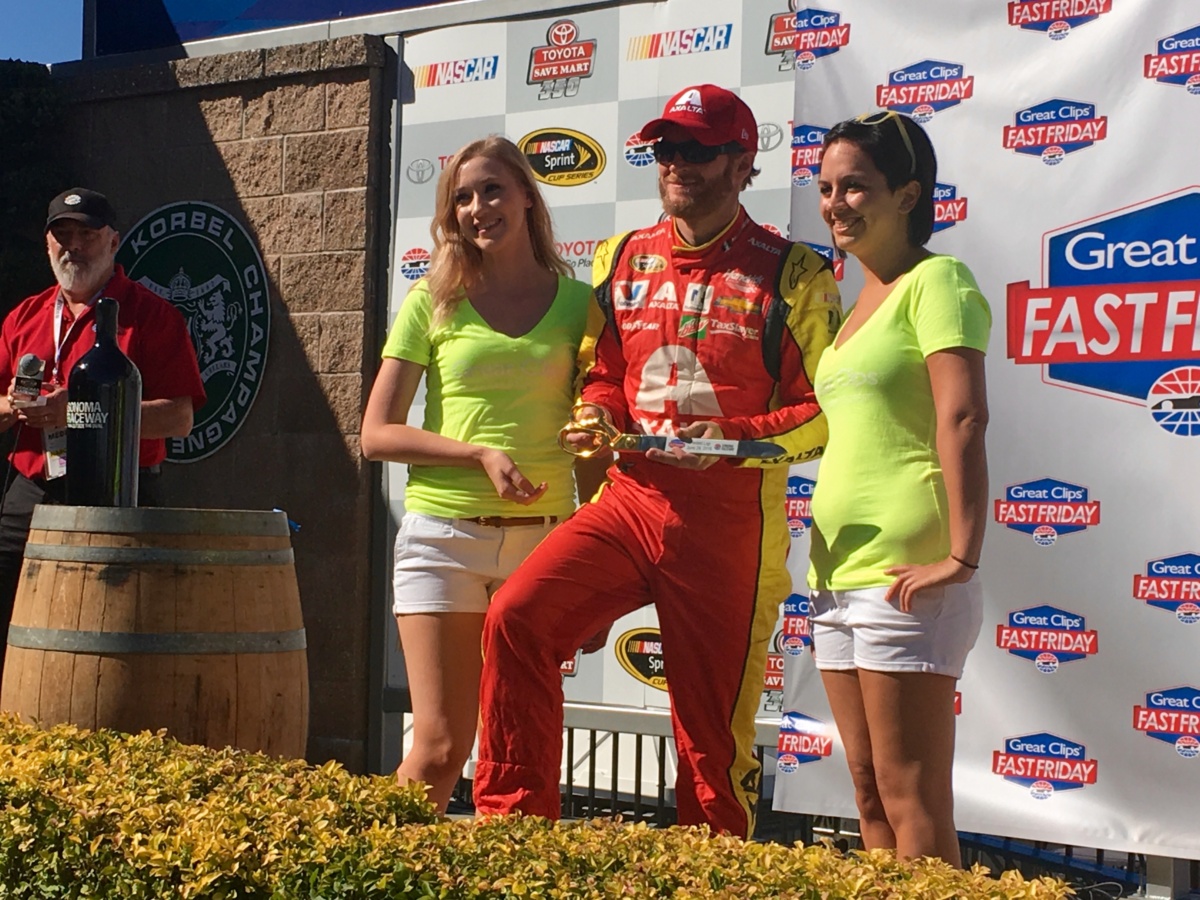 SONOMA, Calif. -- It was a speedy day for Dale Earnhardt Jr. and the No. 88 Axalta team at Sonoma Raceway.

The driver of the No. 88 Axalta Chevrolet SS was presented the Great Clips Fast Friday Award in Victory Lane after final practice at Sonoma.

After completing two practices at the first road course of the NASCAR Sprint Cup Series season, Earnhardt was the fastest driver from both practices combined at the 1.99-mile track.

Earnhardt finished fourth during first practice, but knew his No. 88 Axalta Chevrolet SS was fast on the track.

“Right off the truck, man, we were really fast,” Earnhardt said. “Throughout the whole first practice we did a lot of race trim. The car was incredibly quick. I have never had a car this good here.”

During final practice, Earnhardt dominated the speed charts in first by laying down a speed of 95.298 mph while focusing on final runs before Saturday’s qualifying event.

“I was just so proud of the guys,” Earnhardt said. “Our car is amazing. We went out in the last practice and focused on our qualifying trim and feel like that we have a good shot at qualifying well.”

Be sure to tune in tomorrow at 2 p.m. ET to watch NASCAR Sprint Cup Series Qualifying on FOX Sports 1.