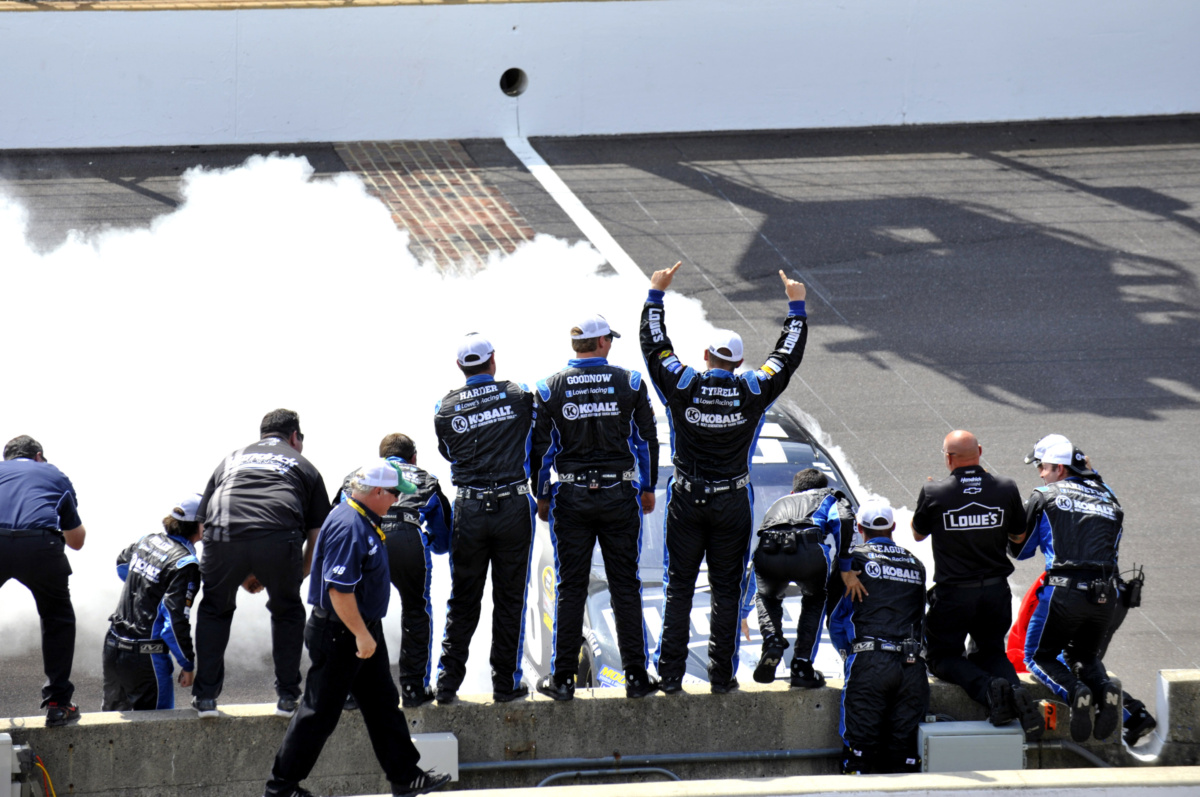 CONCORD, N.C. – The NASCAR Sprint Cup Series makes its solitary yearly visit to Indianapolis Motor Speedway this weekend, with a familiar face filling in for Dale Earnhardt Jr. in the No. 88 Nationwide Chevrolet SS.

With Jeff Gordon joining his teammates at the track this weekend, the four Hendrick Motorsports drivers will look to bring home a victory – and kiss the bricks while they’re at it.

However, before the haulers are unloaded and racing action gets underway, take a look back at three very memorable moments for Hendrick Motorsports at Indy.

Aug. 6, 1994: This weekend, Jeff Gordon will once again be behind the wheel at Indianapolis Motor Speedway. Looking back 23 years at the inaugural Brickyard 400, Gordon took the green flag from the inside of the second row. Although he lost the lead with just 10 laps remaining in the 160-lap race, Gordon made the pass with five to go and took the checkered flag with 93 laps led. The win was Gordon’s second of a total of 93 throughout his career. 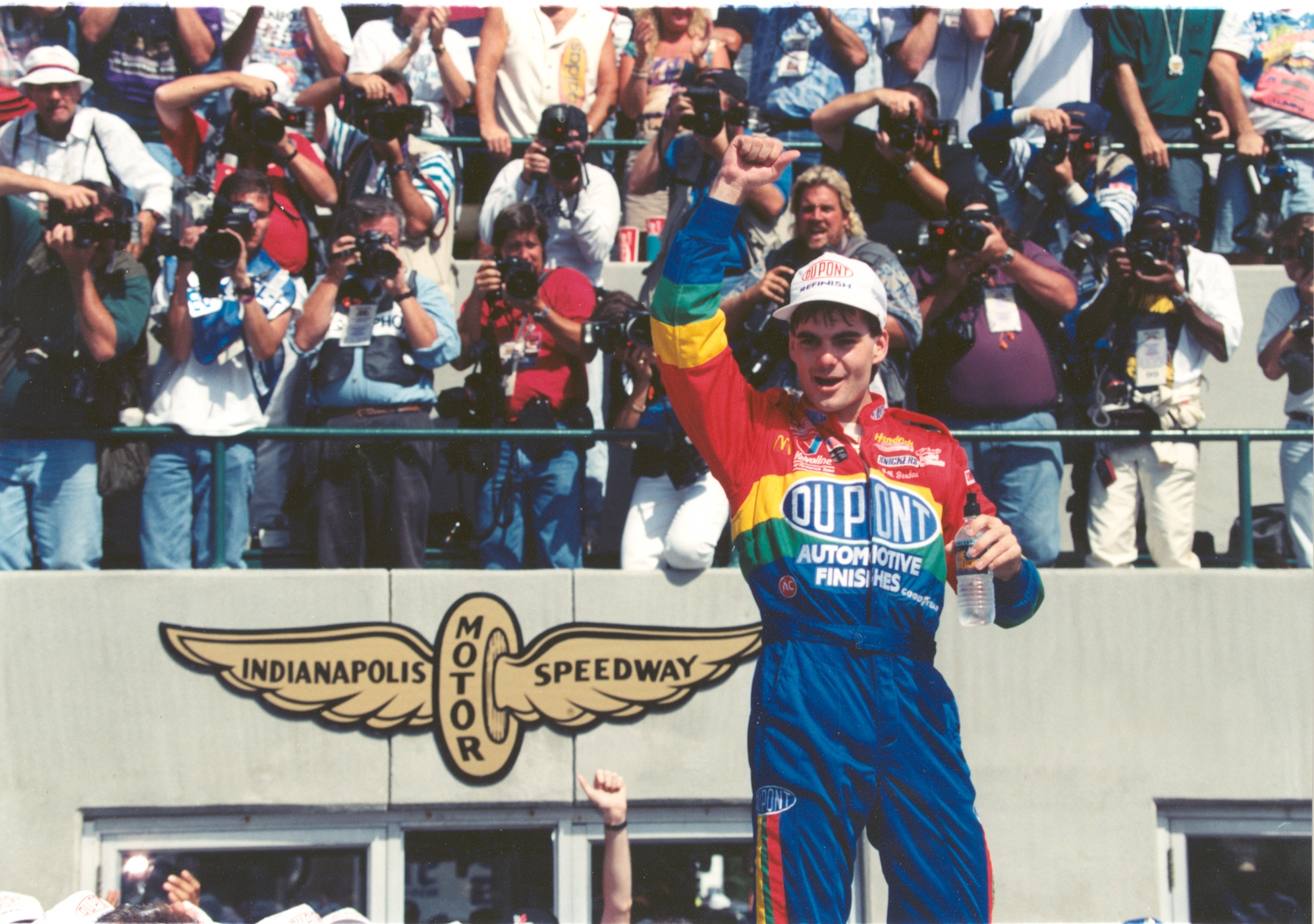 July 29, 2012: While he’s captured a total of four wins at Indianapolis Motor Speedway, Jimmie Johnson’s most recent win at the Speedway, Indiana, track came four years ago. He rolled off the grid inside the top 10 in sixth and led a total of 99 laps en route to the victory. 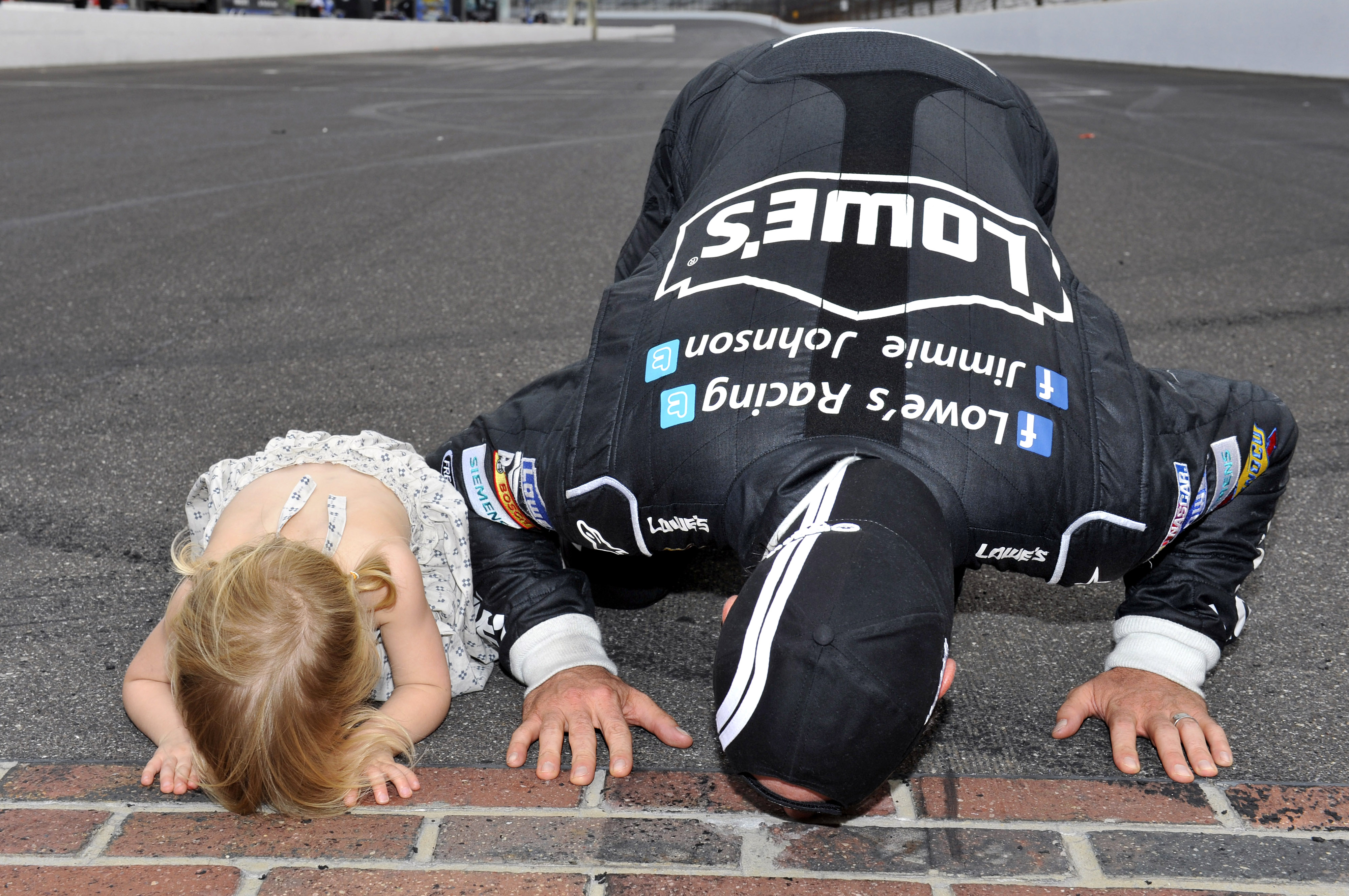 July 28, 2013: Although 2013 provided a year’s gap between Hendrick Motorsports 2012 and 2014 Indianapolis wins, it was not for a lack of effort. The organization’s four drivers all finished in the top seven, with Johnson leading the charge in second after leading the field for 73 laps. Directly behind him in third was Kasey Kahne, with Earnhardt and Jeff Gordon rounding out the team effort in sixth and seventh, respectively. 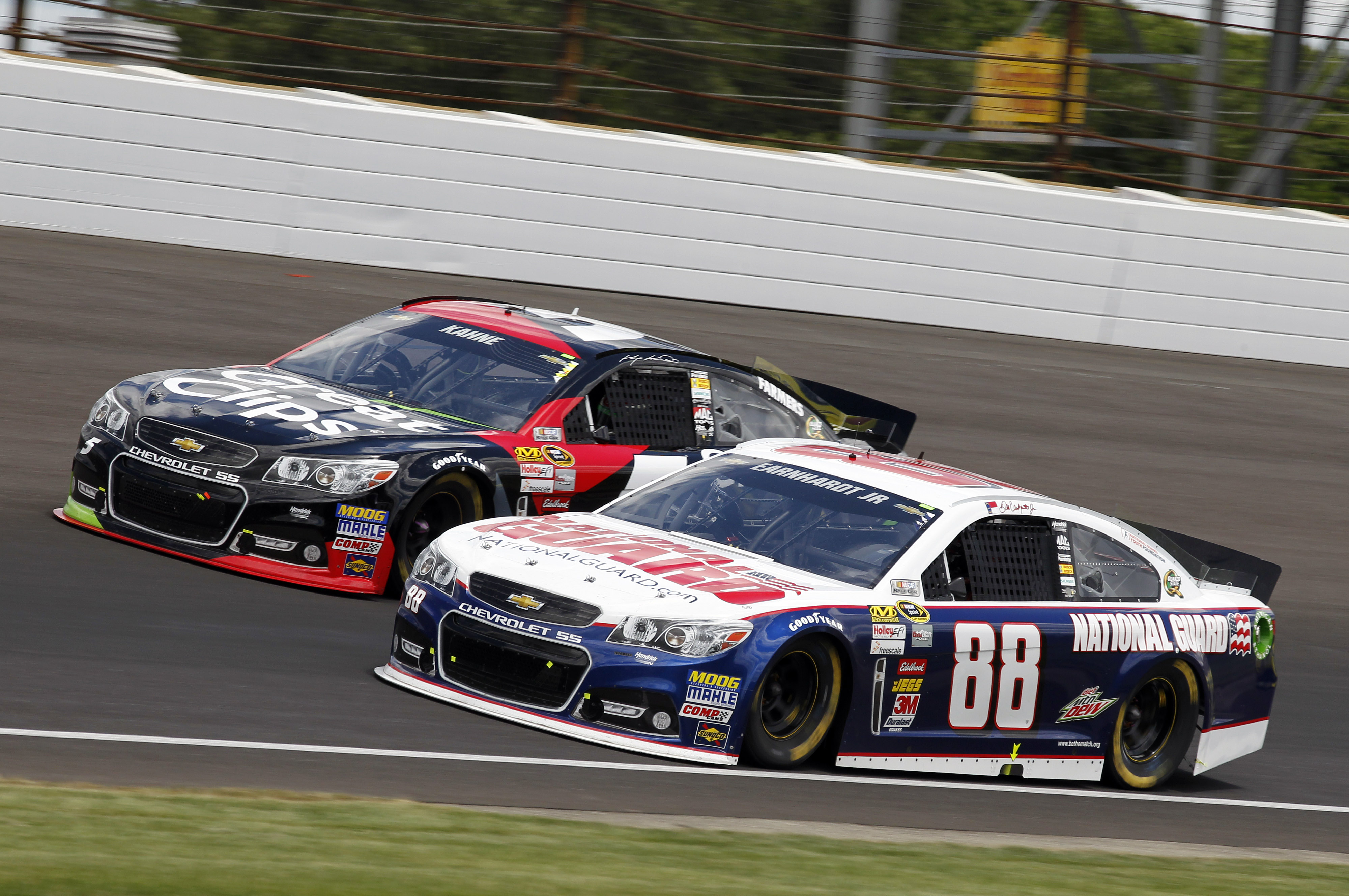