Elliott, Johnson ready for task at hand in elimination race

Required qualifications for the Clash announced

Elliott grateful for outpouring of support during title run

Rick Hendrick reminisces on historic 13th title: ‘It was a great day’

Two champions, one name: How Chase Elliott is carrying on the family legacy

Elliott, Johnson ready for task at hand in elimination race 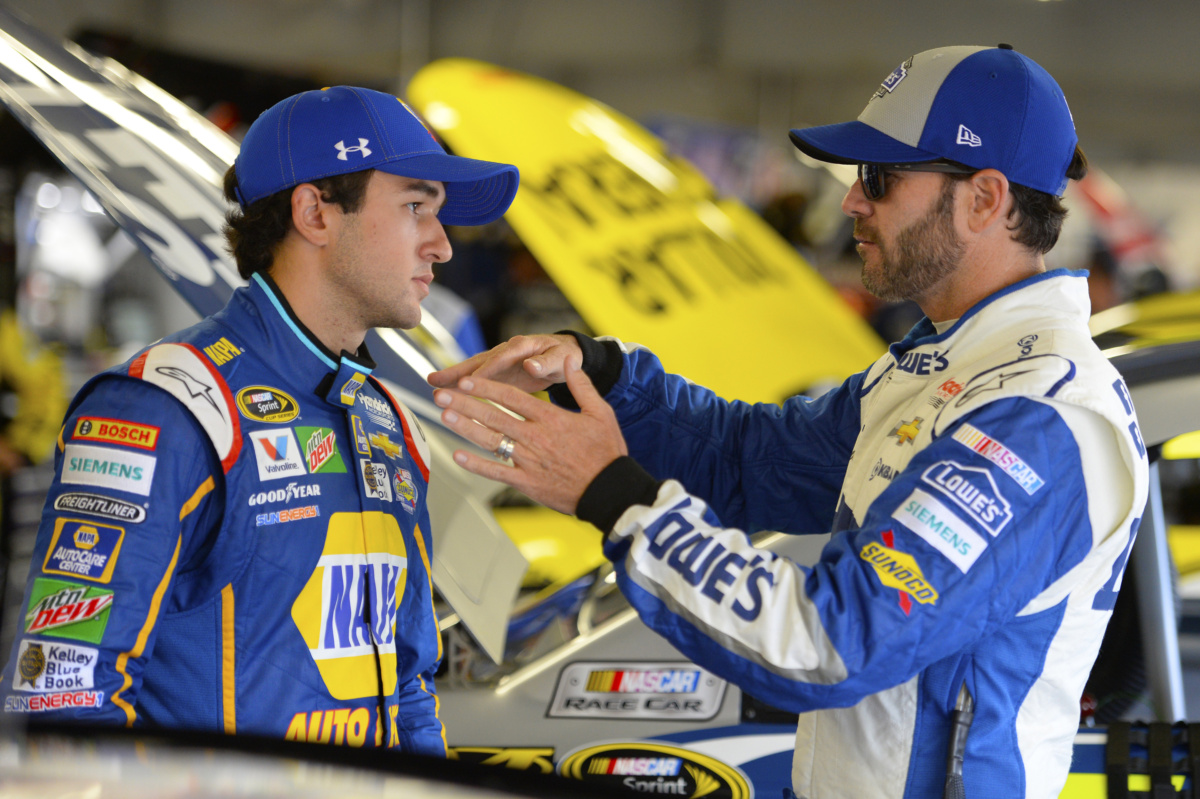 Make it through Sunday's race at Dover International Speedway inside the top 12 in the standings, and their paths toward a championship can continue in the Chase for the NASCAR Sprint Cup.

Both drivers control their own destinies to do so without any help from competitors.

But Johnson knows to never take anything for granted -- even at a track where his 10 wins are the most all-time.

“I’m excited to be back to my best racetrack, without a doubt," he said of Dover. "I think last year shows that you really can’t count on a racetrack always being kind to a driver or always working in their favor. It’s part of racing. I’ve learned it through many different lessons over my racing career. Last year, I think, kind of showed everybody once again that you just can’t take a race or a track for granted for anybody. We’re back with high hopes. I love being here."

As for Elliott, he maintained that the start of his first Chase has felt fairly similar to the regular season.

Still, he knows the pressure will continue to build as he makes his way deeper into the postseason.

"I think the further you get into it the more it is going to ramp up, for sure," he said. "Obviously, when guys are put in certain situations their intensity is going to ramp up individually as you see, like last year, this race last year was a big race for that. I think a lot of it is situational, but to me this first round has been pretty normal as far as the races go and how I’ve seen people driving and what not."

Currently, Johnson and Elliott are back-to-back in the standings in eighth and ninth, respectively. The top 12 drivers will advance in the Chase following Sunday's race at Dover.

And while Elliott is proud of what his team has been able to accomplish in the first two races of the playoffs, he knows even more will be required moving forward.

"I think a lot of it is just going to depend -- just being fast doesn’t guarantee you to make it to this next round," he said. "For us, I was really proud of the way we ran last weekend. We ran inside the top five the majority of the day. That was a huge improvement for our group. Loudon is a terrible race track for me, so I was really happy with just the fact that we were able to be kind of in that group."

Johnson noted that it has been "a typical pressure-packed start of the Chase" for him and the No. 48 team, but his eyes are on the prize.

And Elliott added that with the improvements the Hendrick Motorsports cars have seen "across the board" in the past few weeks, a trip to Homestead-Miami Speedway with a shot at a championship is within reach.

“I definitely feel like we have an opportunity to get there for sure," the rookie said. "I 100 percent think our group or Jimmie’s group could make it. I feel confident in that. I think we’ve been fast enough these first two weeks to do it, but obviously you have to have some things go your way throughout this deal and you’ve got to execute your races and try to stay mistake-free.”