​What to Watch For: Bank of America 500 news and broadcast information

What to Watch For: Fontana news and broadcast information

What to Watch For: Las Vegas news and broadcast information

What to Watch For: Atlanta news and broadcast information

What to Watch For: Daytona 500 news and broadcast information

What to Watch For: The Clash news and broadcast information

​What to Watch For: Bank of America 500 news and broadcast information 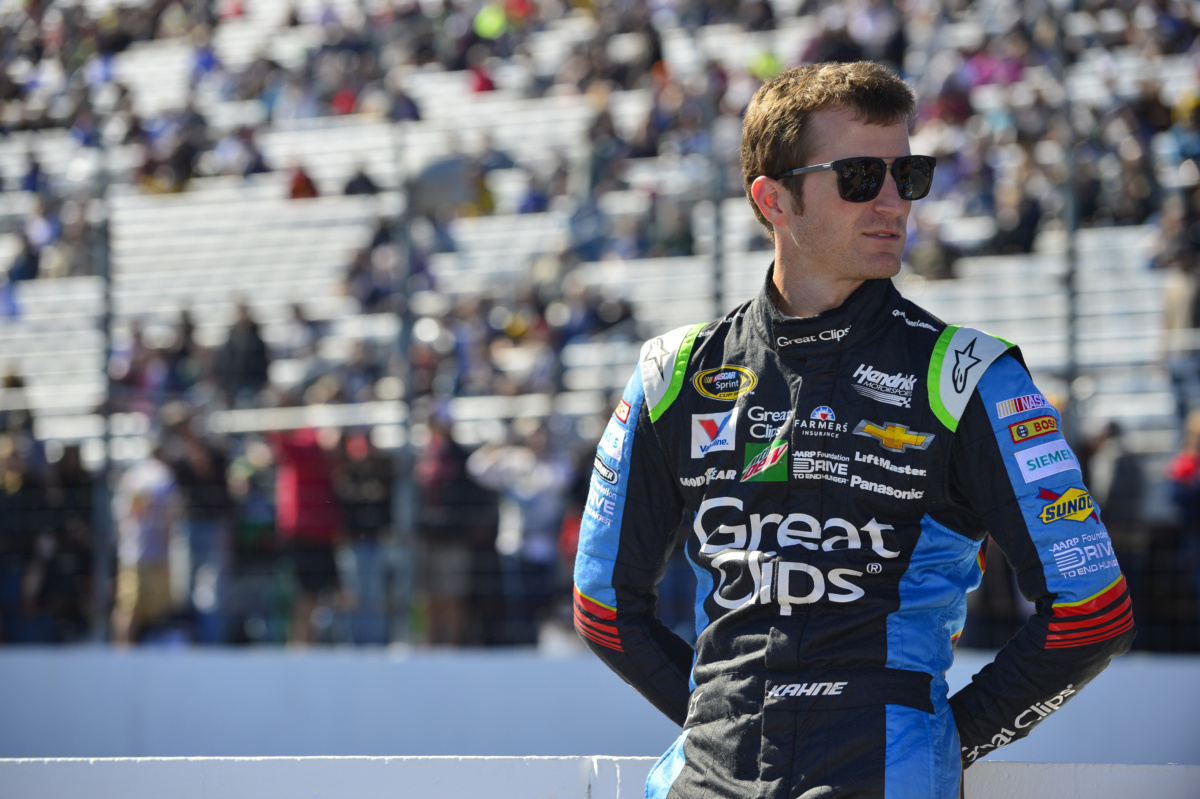 “It’s a cool place to win at because we’re so close to home and a lot of the Hendrick Motorsports team members come out to the track to cheer us on,” Kasey Kahne said. “So it’s always a little extra special when a Hendrick Motorsports car ends up in Victory Lane at Charlotte.”

Hendrick Motorsports has amassed 18 wins at Charlotte, which is tied with Dover International Speedway for the organization’s second-most at a track.

Before you tune in to watch the drivers take on the 1.5-mile venue, take a look at some key notes below.

BROADCAST INFORMATION: Saturday’s race will air live on NBC at 7:00 p.m. ET. Can’t make it to the television? Listen to the race live on PRN and SiriusXM to catch the radio coverage. Here is the full broadcast schedule:

THIS WEEKEND’S PAINT SCHEMES: This weekend, Kahne will pilot the No. 5 Great Clips Chevrolet SS at Charlotte Motor Speedway. This Saturday will mark the fifth and final primary paint scheme weekend of the year for 3M on board Chase Elliott’s No. 24 Chevrolet SS. Jimmie Johnson will race the No. 48 Lowe’s Chevrolet SS and Alex Bowman will be behind the wheel of the No. 88 Axalta Chevrolet SS this weekend.

WINNING WAYS AT CHARLOTTE: Kahne has four wins at Charlotte, which ranks third out of all active drivers and ties him with four others for fourth on the all-time win list. The 36-year-old earned his wins in May and October 2006, May 2008 and May 2012 and also has three runner-up finishes at Charlotte.

MEET ELLIOTT: On Friday, Oct. 7, fans will have an opportunity to meet 20-year-old Elliott at the NAPA AUTO PARTS store located in Concord, North Carolina, courtesy of Valvoline. Elliott will be signing autographs beginning at 11 a.m. – be sure to get there early. The location address is 570 Concord Parkway in Concord.

CHAMPIONSHIP CONTENDER: Elliott’s bid for the 2016 Chase for the NASCAR Sprint Cup continues after a third-place finish in the Round of 16 finale at Dover International Speedway secured his spot in the next round of NASCAR’s playoffs. Elliott is ranked sixth heading into the Round of 12 this weekend at Charlotte. He is the only rookie to advance to the second round. Thus far in the playoffs, Elliott has secured two third-place finishes and one 13th-place finish. He’s looking to keep that momentum going as he heads to Charlotte Motor Speedway, where he finished eighth earlier this year.

SIX-TIME IS ALL-TIME AT CHARLOTTE: Johnson has a total of seven Sprint Cup wins at Charlotte Motor Speedway with four coming in the 600-mile event. His victory in 2014 broke a tie with NASCAR Hall of Famers Bobby Allison and Darrell Waltrip, making Johnson the all-time series points-paying win leader at Charlotte. He also leads all active drivers in the NASCAR Sprint Cup Series in laps led at Charlotte with 1,740 laps led in 30 starts.

BOWMAN IN THE NO. 88: This will be Bowman’s fifth race behind the wheel of the No. 88 Chevy. In the first four races, he earned one top-10 and two top-15 finishes and ran inside the top 10 in every event. Charlotte will begin a three-race stretch for Bowman in the No. 88, which will also include Kansas Speedway and Talladega Superspeedway.

DOVER RECAP: Jeff Gordon, who filled in for Earnhardt last weekend in Dover, earned his first top-10 finish in the No. 88 Chevrolet. It was his seventh of eight races in which he will drive the No. 88. The four-time champion was fast in both practice sessions at the one-mile oval, turning the fastest lap of final practice, but with qualifying cancelled due to rain, Gordon lined up 18th based on owner’s points. Earnhardt watched from atop the No. 88 pit box as Gordon rallied to a 10th-place finish after leading seven laps in the 400-mile event.