What We Learned: Three-wide at Indy

What We Learned: Three-wide at Indy 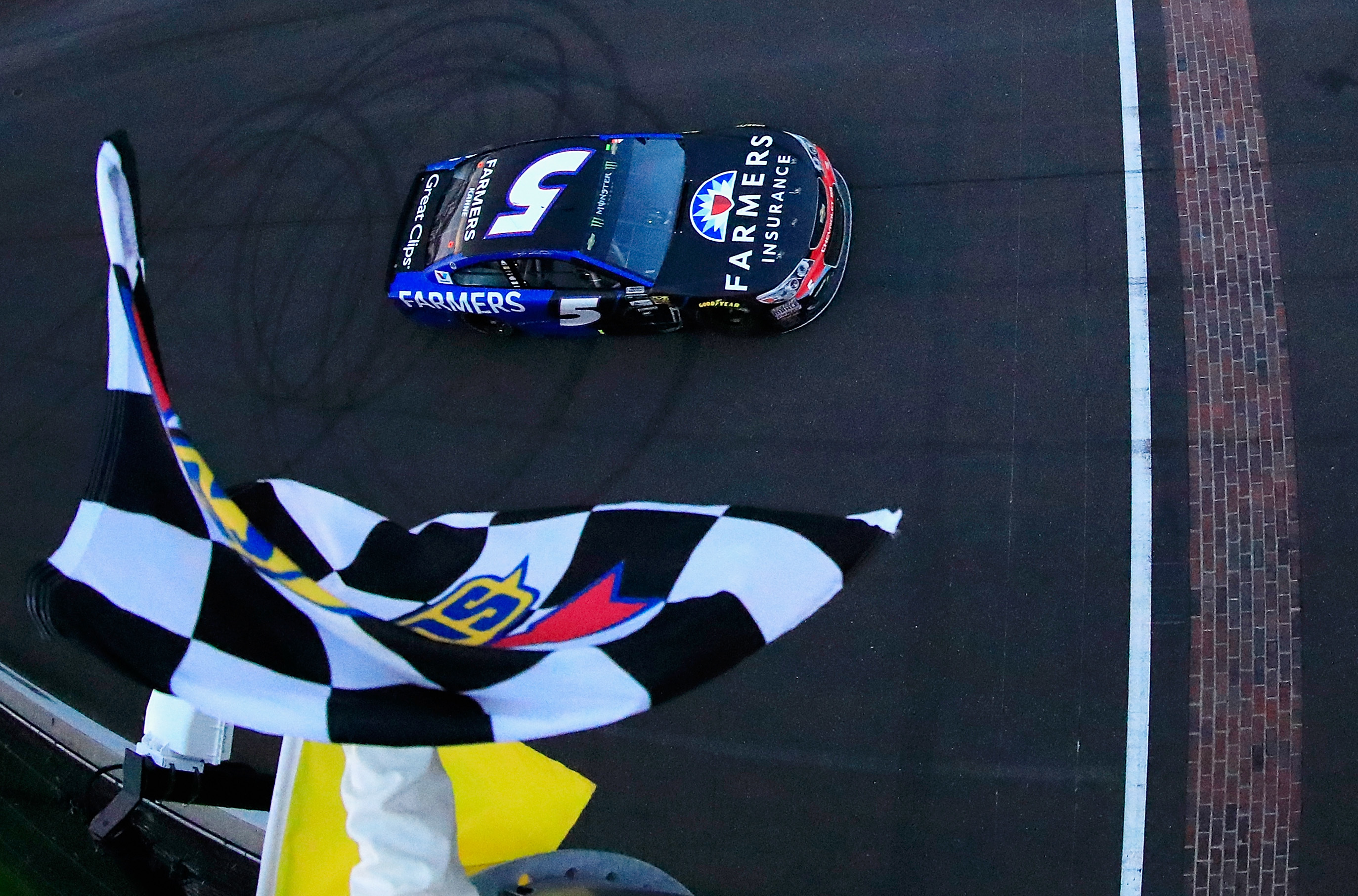 THREE-WIDE FOR THE LEAD

With two laps to go in Sunday’s Brickyard 400, Kasey Kahne restarted from the lead.

After only half a lap, he was side-by-side with both Brad Keselowski and teammate Jimmie Johnson, battling three-wide for the race lead.

Keselowski was on the outside, Johnson on the inside and Kahne right in the middle.

“Brad was probably a little on the tight side being up there, trying to finish the throttle,” Kahne recalled. “I was loose. I was sideways under Brad, slid all the way to his door off Turn 2. Jimmie was coming from behind, had a little gap getting into the corner, was able to get the run. His only option was to put us three‑wide.”

The scene was even more dramatic due to the smoke billowing from the back of Johnson’s No. 48 Lowe’s Chevrolet SS.

“I was definitely smoking and it was definitely engine oil smoke, I could smell that,” Johnson recounted. “I didn’t know where it was coming from, but I had decent grip through (Turns) 1 and 2, and so I went into Turn 3. I had a shot to win the Brickyard 400 for the fifth time; and I was hoping one, the engine would live, and two, we would make it through Turns 3 and 4.”

As it turns out, not all three cars would make it through.

“We all had about the same amount of speed down the whole straightaway,” Kahne said. “Nobody lifted getting into Turn 3. I'm surprised that two of us even came out of that.”

In the end, it was Johnson who spun and made contact with the wall to bring out a caution and force the race into overtime.

“I got really loose going into the corner,” Johnson explained, “so I don’t know if I spun out in my own oil or if it was an aero situation, but I was so close to my fifth win here at the Brickyard.”

All-in-all it made for a thrilling scene late Sunday evening at the Brickyard.

“It was wild,” Kahne said. “There's no other options. It was three‑wide going into Turn 3. That's the way it was going to be.” 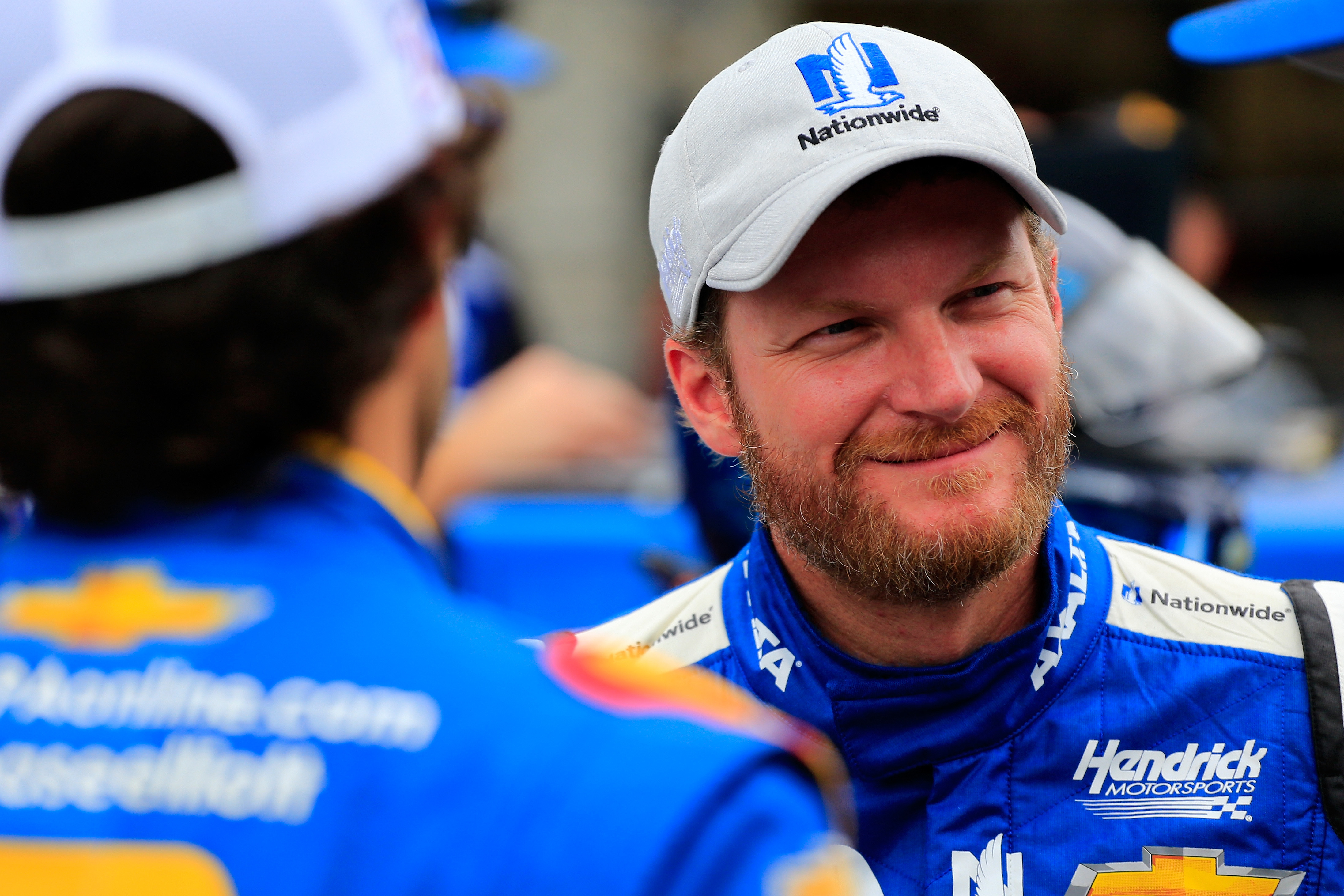 RESTARTS GIVE AND TAKE AWAY

It was a final restart that helped Kahne win the Brickyard 400. But it was also a mid-race restart that sent Dale Earnhardt Jr. to the garage, ending his day.

The driver of the No. 88 Nationwide Chevrolet SS explained that restarts are always tough, but that’s also what can make them so much fun.

“Sometimes you’re in the wrong end of it and sometimes you can make something happen,” Earnhardt said. “It was great. We were leaving it in third going down into (Turn) 1 and running third gear through the short chute and everybody’s grabbing gears and trying to do everything they can to get an advantage.”

On the restart with 24 laps to go in Stage 2, however, a “chain reaction” cause damage to the No. 88 Chevy that ultimately ended Earnhardt’s run at Indianapolis Motor Speedway.

“You’ve got to push hard, and that got us in a little bit of trouble there when they all started checking up on the outside,” he explained. “I was just trying real hard to get as much as we could on restart, and we got bit.” 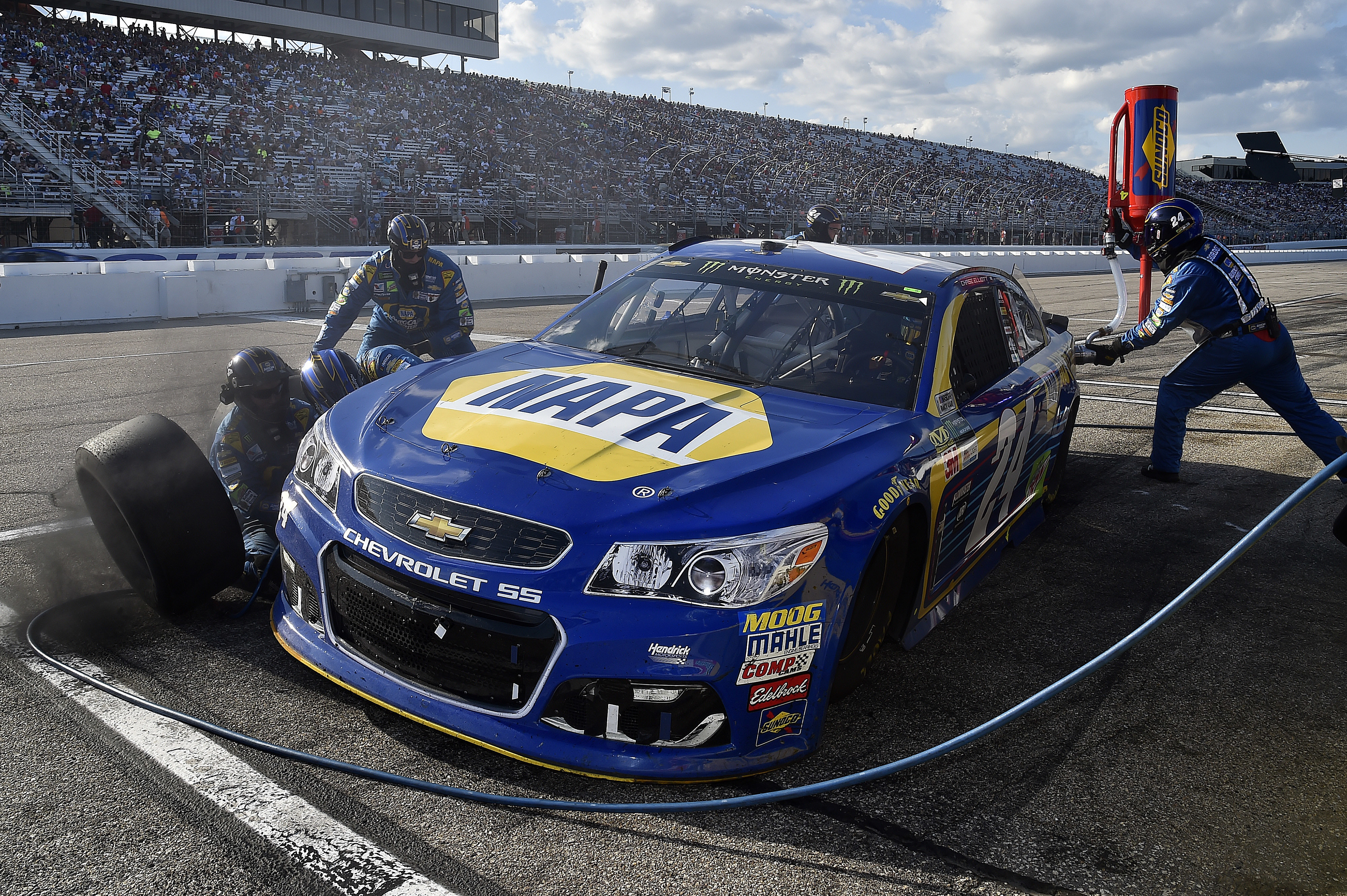 Chase Elliott’s day also ended prematurely when an engine issue sent him to the garage and ended his day just prior to the conclusion of Stage 1.

“It was some type of motor issue,” the driver of the No. 24 NAPA AUTO PARTS Chevrolet SS said. “We went down a cylinder and then started blowing smoke out the pipes. I don’t know what it was. We’ll dig into it and see.”

Elliott was quick to point out that the issue was an anomaly in a career that has seen his engines power him to plenty of success.

“I’ve been running Hendrick Motorsports engines since 2013 and this is the first one I’ve had ever give me a problem, so I will take those odds all day long,” he said. “Still proud of our engine shop. They do incredible work over there and still think they are the best in the business.”