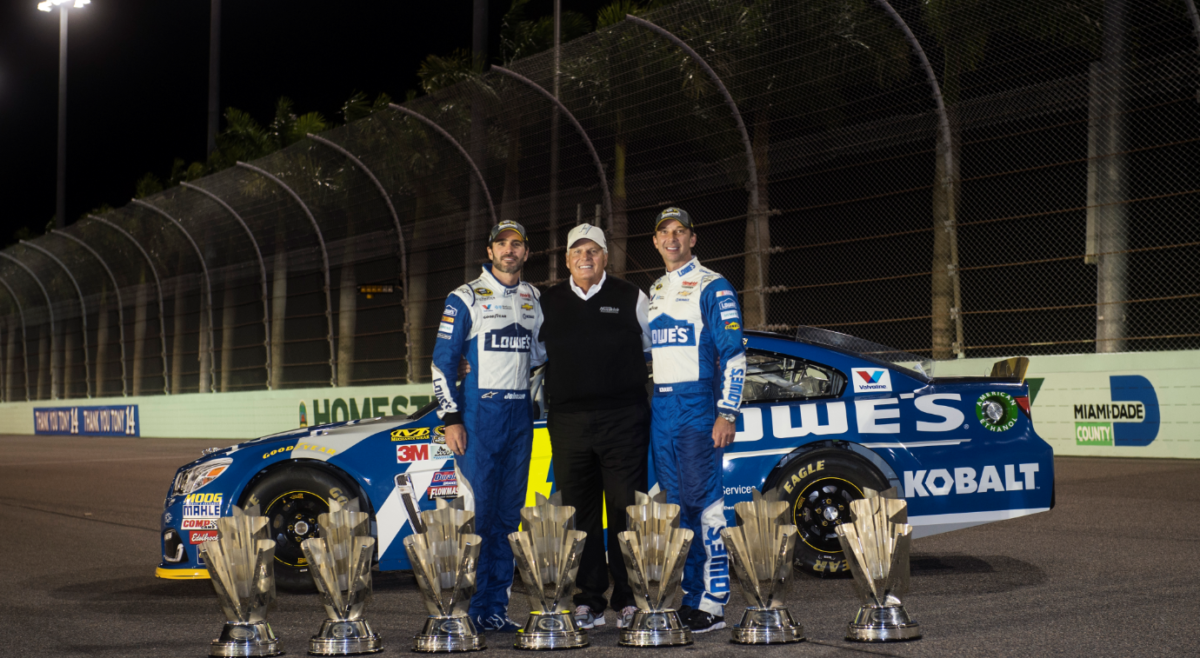 CONCORD, N.C. – Sunday at Homestead-Miami Speedway, Jimmie Johnson and Chad Knaus will make their 602nd and final start together as driver and crew chief.

That mark totals more than the second- and third-longest active driver-crew chief pairings have combined – and it’s fitting their final start together will come at a venue where the duo has shared some of its greatest moments in 17 seasons together.

At the Florida track, celebrating championships quickly became familiar territory for the tandem.

From 2006 to 2010, Johnson and Knaus won a record five consecutive NASCAR Cup Series championships, and each one culminated with a celebration at Homestead, the final race of the Cup Series season.

Three years later, Johnson and Knaus celebrated their sixth Cup Series championship at the venue in 2013, but the Florida track remained one of the only venues on the schedule where Johnson had yet to win a race.

In 2016, Johnson and Knaus changed that.

The No. 48 team was headed to Homestead with a shot at a seventh championship, racing as part of the Championship 4. A win would ensure yet another Homestead celebration.

After being forced to take the green flag from the rear of the field due to unapproved body modifications, Johnson and Knaus had to work even harder for a record-tying seventh championship.

As they had done before, the duo persevered, and Johnson found himself inside the top five within the first 50 laps. Johnson continued to run inside the top 10 for the majority of the day, and with 10 laps to go, he was running fifth.

That’s when a multiple-car incident occurred during a restart and two of Johnson’s Championship 4 contenders were involved, giving the driver of the No. 48 Lowe’s Chevy the perfect opportunity to take home championship number seven.

He gained two positions to jump into third on the restart, and when another caution was thrown, he restarted second in overtime.

Johnson jumped into the lead when the green flag waved and never looked back, capturing his first career win at Homestead-Miami Speedway and he and Knaus’ seventh Cup Series championship in the process.

With seven Cup Series championships together, Johnson and Knaus stand alongside Richard Petty and Dale Inman for the most championships of a driver-crew chief tandem all-time. And they were able to celebrate all seven at Homestead.