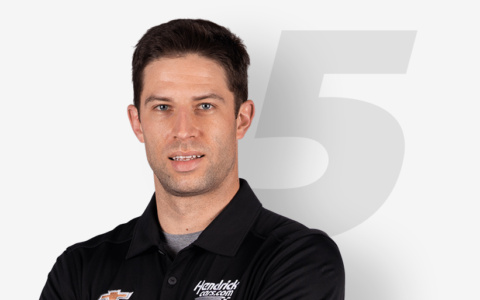 A new chapter awaits Cliff Daniels as he prepares for the 2021 NASCAR Cup Series season. The Smithfield, Virginia, native will be the crew chief for new Hendrick Motorsports driver Kyle Larson and the No. 5 HendrickCars.com Chevrolet Camaro ZL1 1LE entry – a return of the organization’s original car number that was last fielded in 2017.

The 2020 NASCAR Cup Series campaign was Daniels’ first full year as crew chief at Hendrick Motorsports, as he called the shots for seven-time champion Jimmie Johnson’s final full-time season as driver of the storied No. 48. The pair ended the year with a fifth-place finish in Johnson’s final drive in the Hendrick Motorsports entry, their fifth top-five and 10th top-10 finish of the season.

Auto racing is in Daniels’ blood. Growing up in Smithfield, he played baseball and tinkered with stock cars in his family’s garage. It seemed inevitable that the curious kid would follow in the footsteps of his father, Charlie Daniels, a full-time late model stock car driver who competed at Langley Speedway and throughout Virginia in the 1980s and '90s. After Charlie closed the chapter on his own racing career in 1992, Cliff maintained a passion for motor sports.

Daniels decided not to pursue professional driving, instead electing to pave a different path toward a career in racing. He set his sights on college and in the summer of 2006 moved south to enroll at the University of North Carolina at Charlotte. He pursued an engineering degree while working as a mechanic for a team competing in the ARCA Racing Series and NASCAR XFINITY Series.

After graduating in 2010 with a degree in mechanical engineering with a concentration in motor sports and a minor in mathematics, Daniels landed a job at RAB Racing in 2011 as the race engineer for veteran driver Kenny Wallace. He then moved to Stewart-Haas Racing, where he served as the race engineer for the No. 14 Chevrolet of champion driver Tony Stewart in 2013 and 2014. In December 2014, Daniels moved to Hendrick Motorsports to serve as the race engineer of the No. 48 Chevrolet driven by Johnson and led by legendary crew chief Chad Knaus. From 2015 to 2018, Daniels helped power the team to 13 wins, 31 top-five finishes, 60 top-10s, two pole positions and 1,552 laps led. In the process, Johnson won his record-tying seventh Cup Series title in 2016.

Following the 2018 season, Daniels moved to a new role as an engineer in Hendrick Motorsports' competition systems group before rejoining the No. 48 team at Sonoma Raceway in June 2019 as lead engineer. He was promoted to be the crew chief for Johnson on July 29, 2019.