CONCORD, N.C. – It hit the track for just one race, found Victory Lane and went out on top.

“It ran one race, it dominated that race, and was banned by NASCAR,” three-time champion crew chief Ray Evernham smiled. “That part of it’s true.”

Leading up to this year’s All-Star Race, Evernham sat down to discuss that famous No. 24 Chevrolet, which was created in the first place based on a challenge from Hendrick Motorsports owner Rick Hendrick to build “the ultimate race car” by the rule book.

The crew chief remembered a story of the first time the No. 24 team tested “T-Rex” at Charlotte Motor Speedway, when he, Jeff Gordon and the rest of the team really discovered they had something special.

“Jeff rolls into the garage, he flips up his helmet, his eyes are about this big – he’s like, ‘What was that?’” Evernham recalled.

The car with a “Jurassic Park” paint scheme ultimately hit the track for the 1997 All-Star Race, and Gordon dominated the event en route to Victory Lane.

Afterward, the car passed inspection – but due to its incredible on-track performance and radical design, NASCAR officials made it clear that it wouldn’t be legal moving forward.

“If it wasn’t for Jeff Gordon driving that car, it might still be legal,” Evernham said. “It was just a really well-built race car that Jeff Gordon decided to put his foot to the floor at the height of his career and just smoked those guys.”

Hear Evernham tell the amazing story of the legendary “T-Rex” in the video above. The famed car is currently on display in the Museum and Team Store on the Hendrick Motorsports campus in Concord, North Carolina. 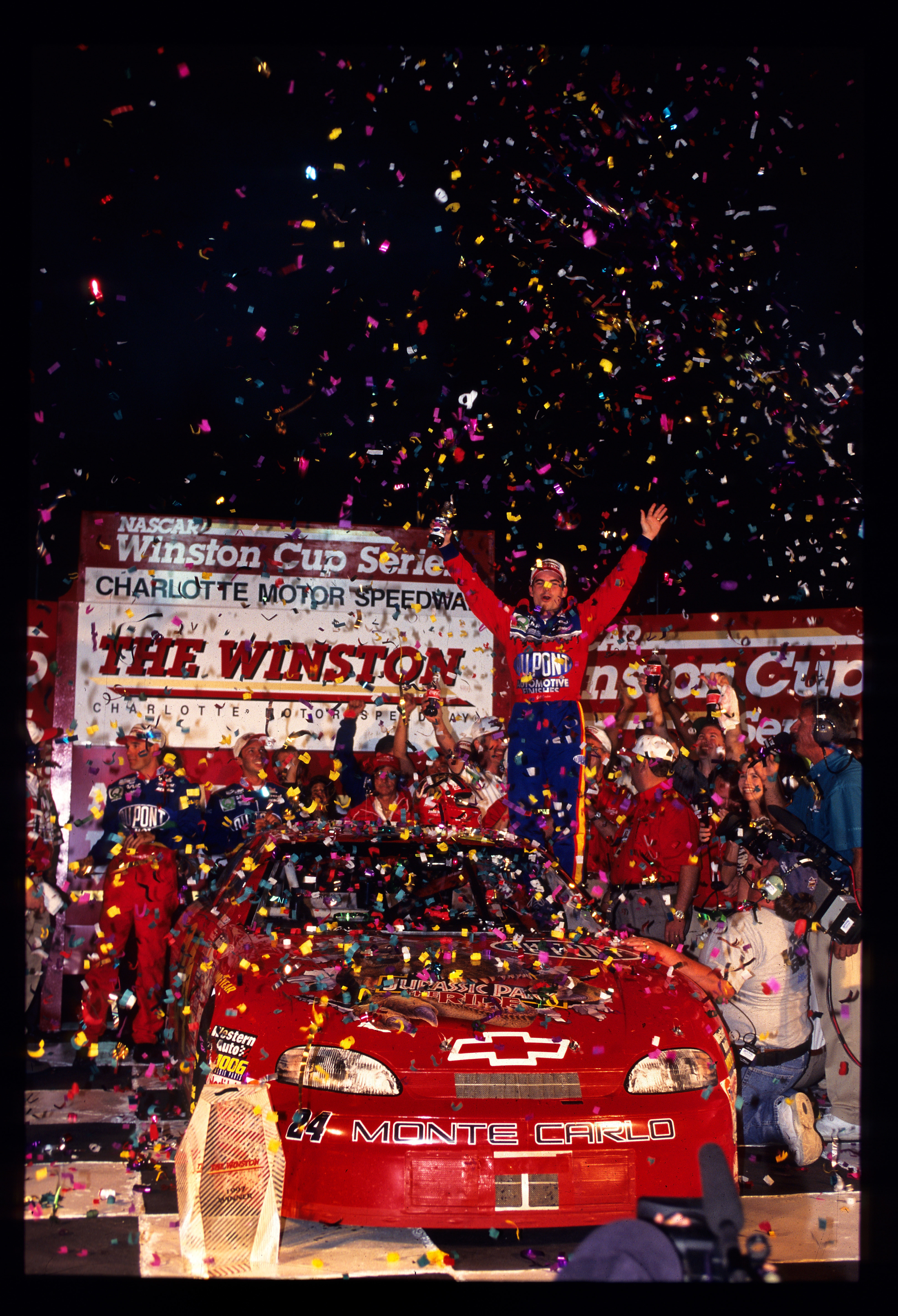