Byron to compete in Cup Series beginning in 2018 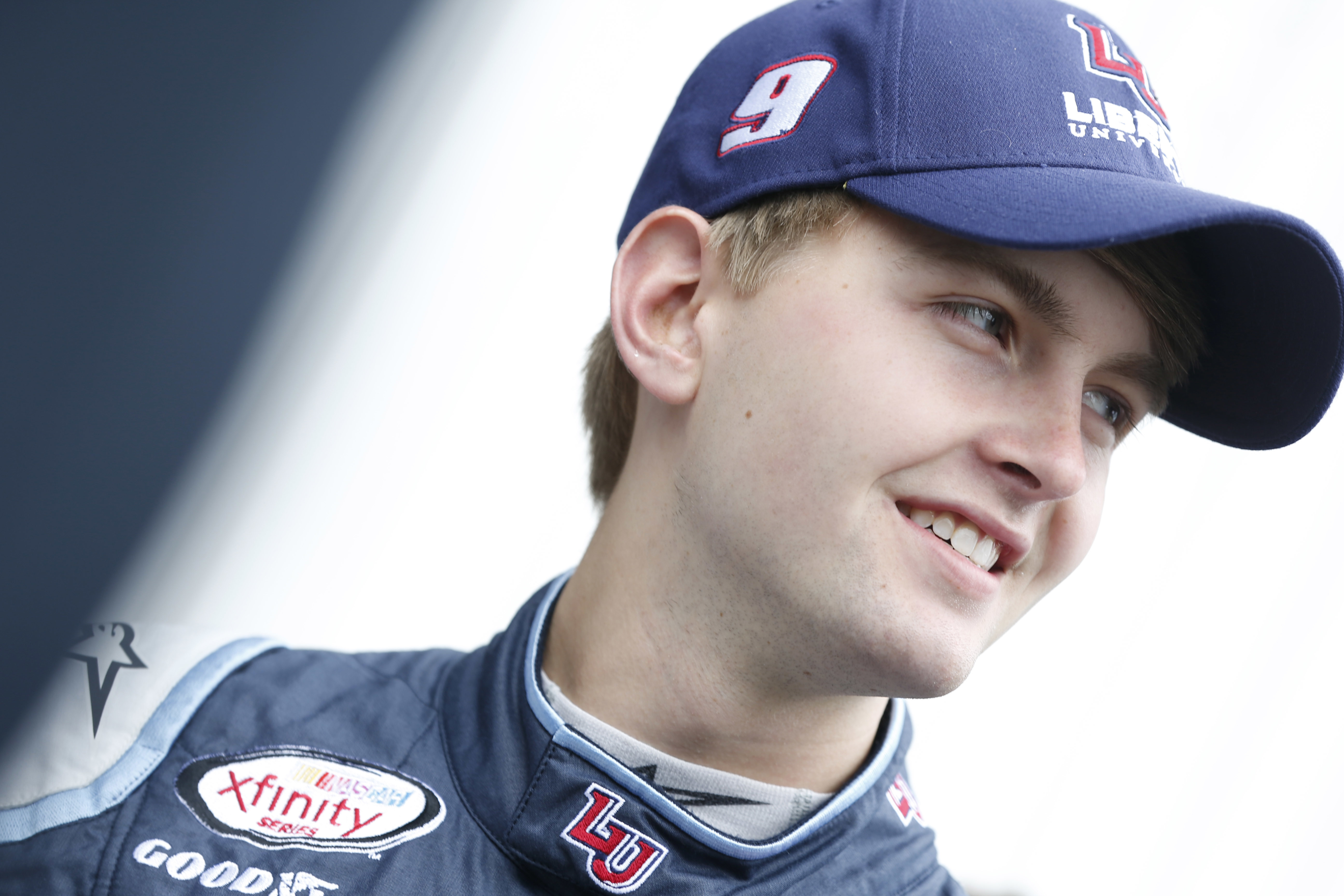 CONCORD, N.C. -- Record-breaking teenager William Byron will drive for 12-time NASCAR Cup Series champions Hendrick Motorsports beginning next season. He will debut at stock car racing’s highest level in the 2018 Daytona 500 and compete for rookie of the year honors.

Byron’s No. 5 Chevrolet team will feature sponsorship from Axalta Coating Systems and Liberty University, which currently support the 19-year-old driver in the NASCAR Xfinity Series. Beginning in 2018, the two primary sponsors will cover the majority of Byron’s Cup races annually. Additional details of the multi-year partnerships will be announced at a later date.

In 2016, Byron turned in the most successful debut season in Camping World Truck Series history with a NASCAR national series rookie record seven victories. This year, the Charlotte, North Carolina, native progressed into the Xfinity Series, where he has already earned three wins -- Iowa, Daytona and Indianapolis -- and currently ranks second in the standings after 20 of 33 races with Hendrick Motorsports affiliate JR Motorsports.

“It hasn’t sunk in yet,” said Byron, who will turn 20 on Nov. 29. “Mr. (Rick) Hendrick has built such a great team. The people at Hendrick Motorsports have dedicated their lives to giving their drivers the best chance to win every weekend. I have a responsibility to them to work hard and put everything I have into this opportunity. They need to know I’m always giving 100 percent because that’s what they do.

“When I told my parents that I wanted to drive race cars, they supported me and believed I could do it. Without them, there’s no way this would be possible. Axalta and Liberty University are awesome partners, and I’m so thankful for their faith in me. I’m going to do all I can to make my family, my sponsors and my teammates proud and represent them all in the right way.”

“At every step, William has proven how quickly he can adapt,” said Rick Hendrick, owner of Hendrick Motorsports. “Some drivers have raw talent and some have a strong work ethic. William has both. It’s impressive to see a young guy who never gets rattled and instinctively knows how to communicate with his team. That level of commitment, poise and pure ability is rare at any age. I think he’s just scratching the surface.”

Axalta Coating Systems (NYSE: AXTA), a leading global supplier of liquid and powder coatings, became a sponsor of Byron’s Xfinity Series effort this season. With primary sponsorship across teammates Byron and Alex Bowman (15 races), the company will increase its already significant presence with Hendrick Motorsports in 2018. Axalta has been a Hendrick Motorsports corporate partner since 1992 and recently opened its state-of-the-art Customer Experience Center on the team’s campus.

“To have this opportunity with a new partner (to Hendrick Motorsports) in Liberty University and to grow what’s been an incredible long-term relationship with Axalta, it’s very special,” Hendrick said. “These are two sponsors who have already built effective programs around our sport and now see even more possibilities. It’s a big compliment to William, who has been a terrific ambassador for them both, and we look forward to a bright future together.”

2017: As a rookie, has posted three wins, one pole position, seven top-five finishes and 14 top-10s through 20 of 33 races in the Xfinity Series. Recorded wins at Iowa Speedway and the iconic venues of Daytona International Speedway and Indianapolis Motor Speedway. Currently second in driver points, first in playoff points and leads the rookie of the year standings.