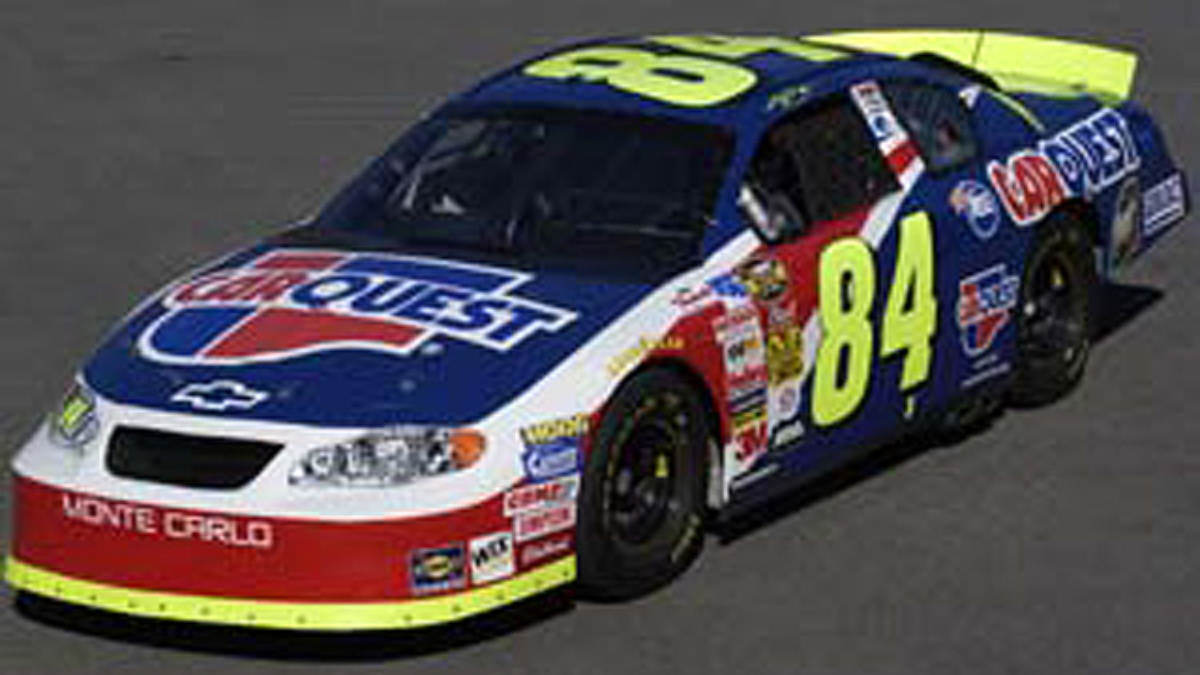 LAS VEGAS (March 3, 2004) -- Kyle Busch, driver of the No. 84 CARQUEST Chevrolets, will attempt to start his first-ever NEXTEL Cup Series race on Sunday at Las Vegas Motor Speedway. The 18-year-old started third and finished ninth in his last NASCAR-sanctioned event at LVMS, a 2001 Craftsman Truck Series event. As a native of Las Vegas, the opportunity has special meaning to the 18-year-old, who moved to North Carolina just last year. “Personally, it means a great deal, not only to go out there to see all the family and friends, but to have the opportunity to race in front of the hometown crowd is pretty awesome,” Busch said. “Being able to compete against my brother (Kurt) for the first time since the Legends Cars days in Las Vegas makes it pretty neat, too.” While he no longer has a Vegas address (his mother and father recently joined him on the East Coast), Busch will certainly stay busy while visiting his hometown as he plans to entertain throughout the week. “I know of at least 20 (people) that we’ve helped with passes and I think there might be another 30 that are going to be out in the stands watching the race, so there will be a good number of people that we know,” Busch said. “There will be a lot of folks there that mean a lot to me. Each of them have helped me out along the way and I want them to all know how much I appreciate it. “Hopefully, we can put on a good show for them this weekend.” Sunday’s NEXTEL Cup race will be the second event of the weekend for Busch, as he will also compete in Saturday’s NASCAR Busch Series 300-miler in the No. 5 Chevrolet of Hendrick Motorsports. The teenager won’t be alone in pulling double duty for CARQUEST Racing as the pit crew of the No. 84 Chevy will be the same group that services his ride on Saturday. “It’ll be nice to see some familiar faces,” Busch says. Goals for the seven-race NEXTEL Cup schedule with CARQUEST are simple -- just ask the driver. “I’d like to make every race,” Busch said. “That’s the first goal -- to get in. And then just to try to make every lap would be good. If I can go out there and make every lap of each NEXTEL Cup race, that would be awesome for me just because the series is so darn tough. “Maybe there are a couple of chances where we can squeak out with a top-10 or a top-15 finish. Or, knock on wood, maybe we could even get a top-five finish. “But we’re definitely going to set realistic goals and we’ll try to do the best job we can and run every lap and be competitive.” Known as being somewhat superstitious, Busch will keep to his usual habits when it’s time to compete at the 1.5-mile Las Vegas oval on Sunday. “I pretty much go through the same routine every week,” Busch said. “I always put on my right glove before my left. I don’t ever want anyone to say stuff like, ‘We’re going there to win,’ or, ‘We have a meeting in Victory Lane after the race.’ “You go to every track to do the best job you can and if the man upstairs has it in the cards, then hopefully you’ll have a good day.” Gary DeHart, who won a Cup Series championship with driver Terry Labonte in 1996, will be at the helm of the No. 84 CARQUEST Chevrolets in 2004. He will help Busch intro Hendrick Motorsports Chassis No. 310 at Las Vegas, a car that was unofficially one of the fastest in January testing. And where did the number “84” come from, you ask? Busch chose it. “I ran a Late Model race at Winchester (Ind.) with the ‘84’ and had a bunch of problems, but still ended up finishing seventh,” he said. “We had a tire go down, a motor problem and ended up three laps behind at one point. “It wasn’t necessarily lucky, but to have all those things go wrong, then fight to get back on the lead lap and end up seventh -- we felt pretty fortunate. “Plus, I’ve always run ‘fours.’ I’ve had No. 4, No. 04, No. 44, No. 46, and No. 64. “Why not throw in 84?”
Prev Article