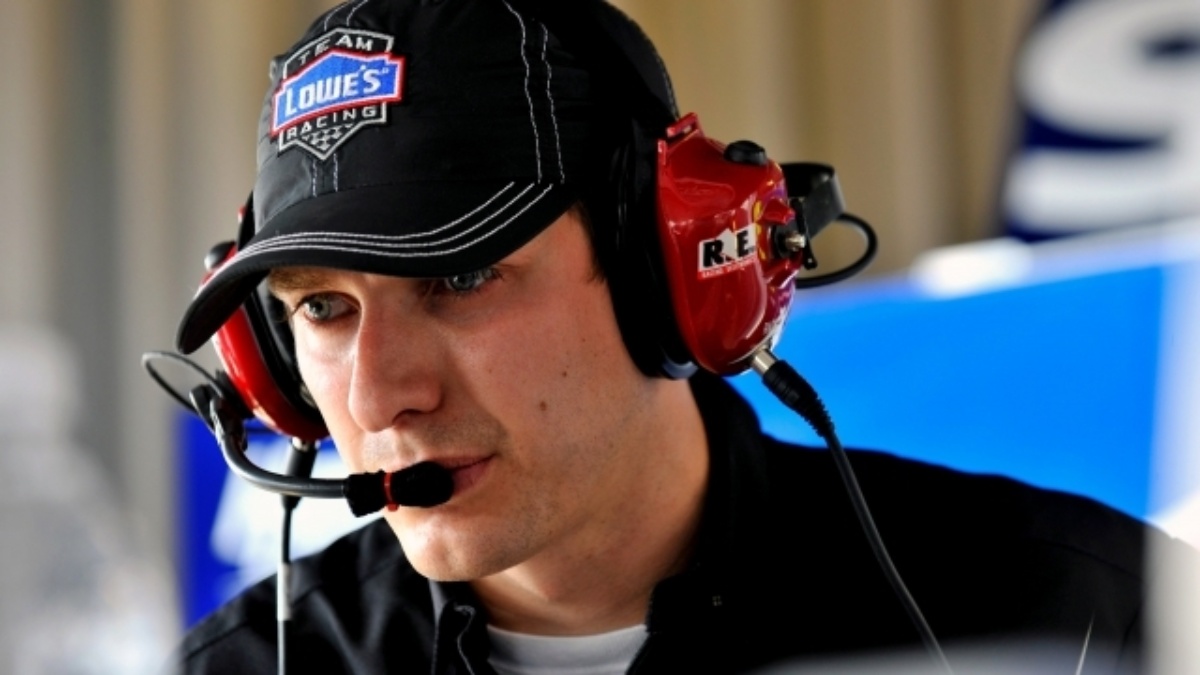 Ives, 34, was race engineer for Jimmie Johnson’s historic run of five consecutive Sprint Cup championships (2006-2010) with the No. 48 Hendrick Motorsports team. He will work alongside Johnson’s crew chief, Chad Knaus, in the shop shared by the Nos. 48 and 88 Chevrolet SS teams.

“Greg was our number-one choice,” said Rick Hendrick, owner of Hendrick Motorsports. “This is a talented guy who already has a terrific rapport with Dale Jr. and is a fit with the organization. He and Chad had a lot of success together, and all of our crew chiefs think the world of him and what he’s accomplished. Greg’s proven that he can win races, and he has all the tools to do big things.”

Since his debut as a crew chief for JR Motorsports in 2013, Ives has won five NASCAR Nationwide Series races including three this season with rookie and current points leader Chase Elliott.

“This is an incredible opportunity for me and my family,” Ives said. “Dale Jr. and I have a great relationship from being in the same shop at Hendrick Motorsports and my time at JRM. We have a lot left to do this season in the Nationwide Series, but I’m excited about what’s ahead and look forward to sharing some wins with JR Nation in the future. I couldn’t ask for a better situation than working with one of the best drivers and teams in racing.”

A native of Bark River, Michigan, and graduate of Michigan Technological University, Ives joined Hendrick Motorsports as a mechanic in 2004 before moving into an engineering role on the No. 48 team in 2006. In seven years working with Knaus, he contributed to 42 wins, 113 top-five finishes and 21 pole positions in the Sprint Cup Series.

In November 2012, Ives transitioned to JR Motorsports as crew chief for driver Regan Smith. The duo won two races and finished third in points in 2013 before Ives was named Elliott’s crew chief prior to this season. JR Motorsports works closely with Hendrick Motorsports and is owned by Earnhardt in partnership with Rick Hendrick.

“I know what Greg is all about and really respect him,” Earnhardt said. “He’s a strong leader with a cool personality, and we’re both competitors who want to win. It was important to find someone who would fit at Hendrick Motorsports and inside our shop, and he will for sure do that. We got the best guy for the job, and I look forward to working with him next year.

“From a JR Motorsports perspective, I’m extremely proud of how this worked out. Since the end of 2012, we’ve focused on JRM and Hendrick Motorsports working together as closely as possible and developing talented people for the next level. This is a perfect example of that happening the way we hoped it would.”

Ives will take the place of current No. 88 crew chief Steve Letarte who will move into a broadcasting role with NBC Sports Group following the 2014 Sprint Cup Series season.