Viewer’s guide, fast facts to know for the Monster Mile

A year later, Hendrick Motorsports looks back at top-four sweep at Dover

Byron, Elliott and Larson to drive select races for JRM

Trio of top-10 finishes for Hendrick Motorsports at Talladega 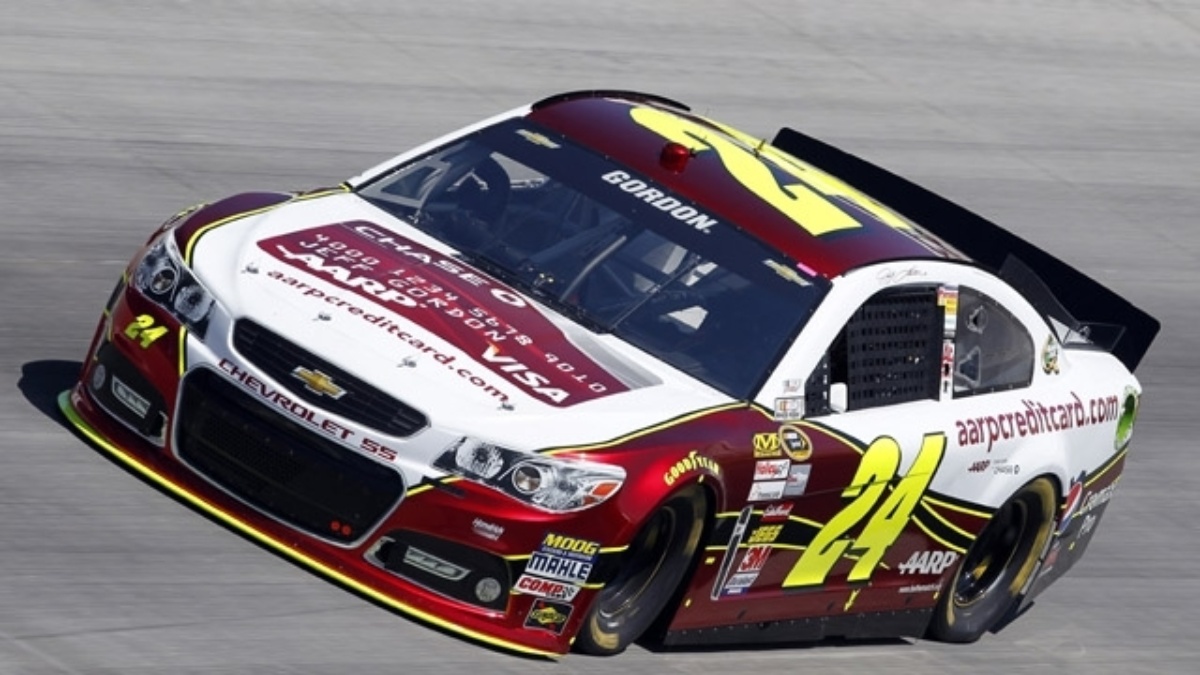 DOVER, Del. – Jeff Gordon, the driver of the No. 24 Drive to End Hunger Chevrolet SS, came home with a third-place finish Sunday afternoon at Dover International Speedway. He is now tied with Hall of Famer David Pearson for third all-time in top-five finishes in NASCAR history. This is also the second-consecutive top-five finish for Gordon at the Monster Mile as he finished second in the most recent race at the one-mile oval in September 2012.

Here is the race recap by team:

Kasey Kahne, No. 5 Farmers Insurance Chevrolet SS
Race finish:  23rd.
Standings:  Seventh.
Recap: Kasey Kahne lined up 11th on Sunday afternoon at Dover International Speedway and quickly maneuvered his No. 5 Farmers Insurance Chevrolet SS inside the top 10, clicking off some of the fastest lap times early in the race. By Lap 33, Kahne was sitting inside the top five, a position where he remained throughout the ensuing green-flag run.  Then, after discussing the handling of his car with crew chief Kenny Francis, Kahne came to pit road for the first time on Lap 74 for fresh tires and adjustments. Five laps later, the first caution of the day came out for debris on Lap 79, moving Kahne into the fourth position. He remained inside the top five throughout the middle portion of the 400-mile event while battling a loose condition as the weather began to change from overcast to sunlight. Utilizing every opportunity to pit for adjustments, Kahne was able to move the No. 5 Chevy SS into the top three just shy of the halfway mark. He would continue to battle inside the top five throughout the next 100 laps until an incident sent Kahne into the wall with damage to the rear end. Kahne hit pit road during the ensuing caution period for fresh tires and repairs, returning to the track one lap down in 20th. He finished 23rd.

Jeff Gordon, No. 24 Drive to End Hunger Chevrolet SS
Race finish: Third.
Standings:  11th.
Recap: Jeff Gordon started the 400-mile event at Dover International Speedway from the 20th position on Sunday afternoon. The driver of the No. 24 Drive to End Hunger Chevrolet SS battled both a tight- and loose-handling condition while gaining five positions into the top 15 just prior to the first round of green-flag pit stops. Crew chief Alan Gustafson encouraged Gordon about his lap times, and kept reminding him that he was better than the cars in front of him. Following a two-tire change during the first caution period of the afternoon – a Lap 79 debris caution- Gordon reported a tight condition while maintaining his positioning inside the top 15. Throughout the ensuing green-flag run, Gordon would battle with Hendrick Motorsports teammate Dale Earnhardt Jr. for position inside the top 15, running as high as 13th. Then, when the caution came out just past the three-quarter mark for an incident involving teammate Kasey Kahne, the No. 24 Chevy SS made a strategy call to stay out. As a result, Gordon moved into the third position behind teammate Jimmie Johnson and Kurt Busch. Gordon remained inside the top five for the rest of the afternoon, coming home with a third-place finish. The result ties Gordon with Hall of Famer David Pearson for third on the all-time list with 301 top-five finishes.

Jimmie Johnson, No. 48 Lowe’s Monsters University Chevrolet SS
Race finish:  17th.
Standings:  First.
Recap: Jimmie Johnson started from the 24th position and worked with crew chief Chad Knaus to address a loose-handling condition. Knaus reassured Johnson that they had a game plan for making the car better and called the No. 48 Lowe’s Monsters University Chevrolet SS to pit road just after being put a lap down by leader Kyle Busch on Lap 70, three laps sooner than the rest of the field. The call to short-pit worked out, as Johnson was able to get himself back on the lead lap just prior to the first caution period of the afternoon on Lap 79. On the ensuing restart, the driver of the No. 48 Chevy SS maneuvered his way back towards the front, moving into the top 10 for the first time on Lap 120 and into the top five on Lap 158. As the handling continued to improve, Johnson was able to take the lead for the first time on Lap 207, pulling out to over a four-second lead on the rest of the field. Johnson remained in the top spot for much of the afternoon until he was penalized for jumping the restart with 20 laps to go. After serving a stop and go penalty, Johnson returned to the track one lap down outside of the top 15. In the end, Johnson came home with a 17th-place finish.

Dale Earnhardt Jr., No. 88 National Guard Chevrolet SS
Race finish:  10th.
Standings: Sixth.
Recap: Dale Earnhardt Jr. lined up 12th on Sunday afternoon and was running 10th within the first 20 laps. The driver of the No. 88 National Guard Chevrolet SS battled a tight-handling condition for the majority of the 400-mile event, but crew chief Steve Letarte continually worked with Earnhardt to adjust the handling throughout the afternoon. Earnhardt kept the No. 88 Chevy SS inside the top 15 for much of the middle portion of the race, battling with teammate Jeff Gordon. Following a caution just past the 300-lap mark, Letarte made a two-tire call, moving Earnhardt up to the seventh position. From there, Earnhardt raced inside the top 10, overcoming a late-race restart to score a 10th-place finish and his fourth top-12 finish in his last five races at the Monster Mile.