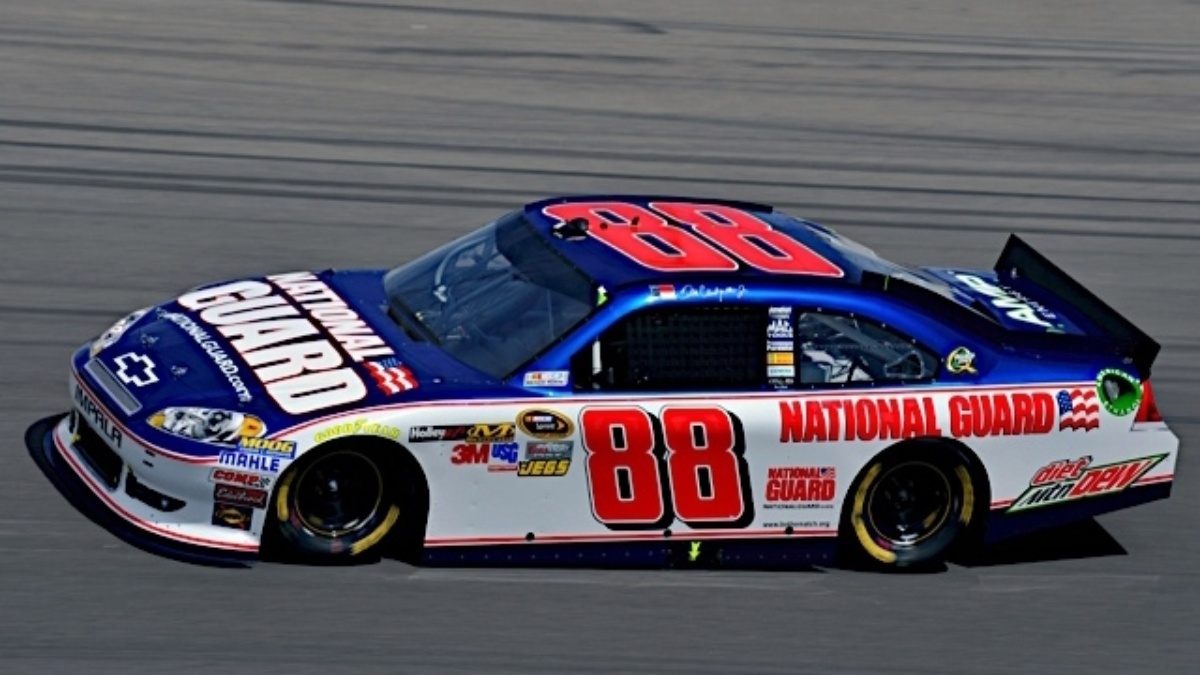 CONCORD, N.C. – The Army National Guard will continue as a primary sponsor of the No. 88 Sprint Cup Series team and driver Dale Earnhardt Jr. after extending its relationship with Hendrick Motorsports through the 2013 NASCAR season. The National Guard will receive primary paint schemes in 20 Sprint Cup races, including the 2013 Daytona 500, and prominent brand placement during all non-primary events.

“National Guard Citizen Soldiers represent the more than 3,200 communities across the United States in which they live, work and serve their state and the nation,” said Lt. Col. Michael Wegner, marketing branch chief, Army National Guard. “What NASCAR gives us is a national marketing platform that also can be leveraged at that local level, touching recruiters, potential recruits and influencers. With our all-volunteer military and rigorous enlistment standards, it plays a key role in increasing the awareness of what the Guard does and the many career opportunities and benefits it offers.”

The National Guard’s association with Hendrick Motorsports began with sponsorship of the No. 25 Sprint Cup team for the 2007 season. Its most recent contract, which included 18 primary paint schemes per year with the No. 88 team, was set to expire at the end of 2012.

“It’s an honor to be associated with the National Guard and its Citizen Soldiers,” said Rick Hendrick, owner of Hendrick Motorsports. “Like many of the world’s most innovative marketers and leading brands, the Guard sees the opportunities that our sport presents, and they have built a strong effort around it. As we go into 2013 together, we’ll continue to focus on the performance of the program both on and off the racetrack.”

Currently fourth in the 2012 Sprint Cup standings, Earnhardt has one victory and 15 top-10 finishes through 22 points-paying races this season. The Kannapolis, N.C., native is seventh on Forbes’ list of America’s most influential athletes and the top-ranked NASCAR driver in Bloomberg Businessweek’s “Power 100.” He has been voted by fans as NASCAR’s most popular driver for nine consecutive years.

“Working with the Guard has been incredible,” said Earnhardt, 37, who most recently won June 17 at Brooklyn, Mich., where the Sprint Cup Series returns this weekend. “On a weekly basis, we’re interacting with people considering a life-changing decision (to enlist) or who are already serving our country. Their sacrifices are difficult to comprehend, and we feel a lot of pride representing them and seeing first-hand how passionate they are about NASCAR and our team.”

Additional sponsorship for the No. 88 Chevrolet will be announced at a later date.