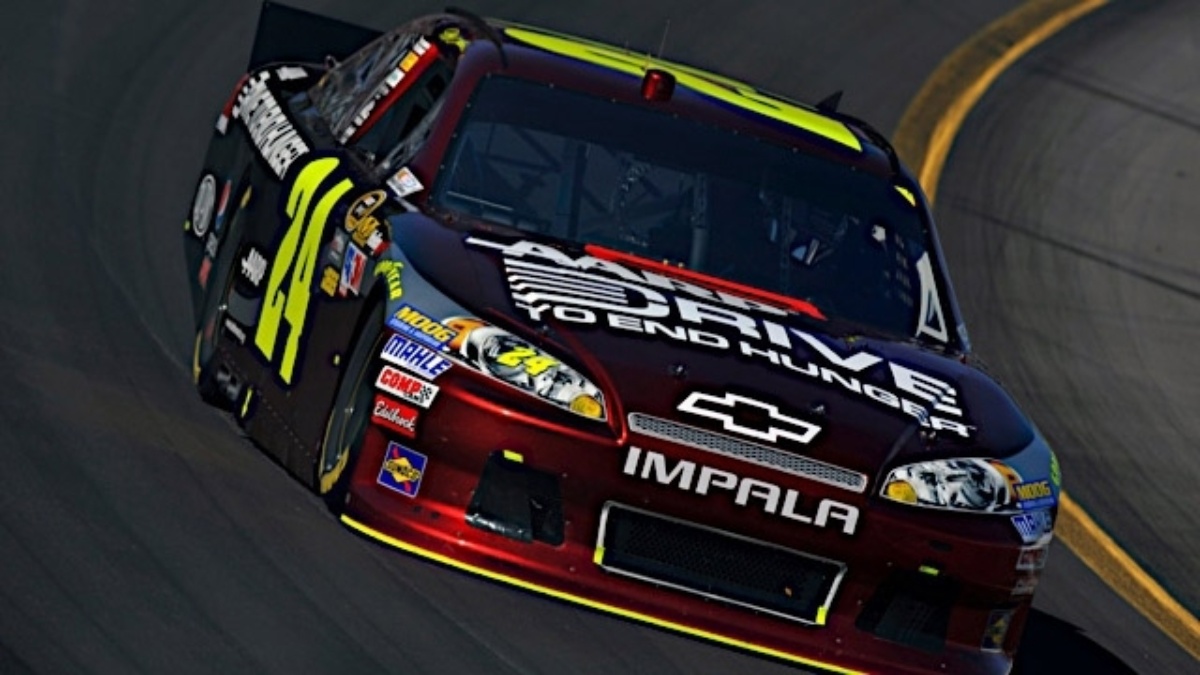 In 56 NASCAR Sprint Cup Series events (175 starts) at Bristol, Hendrick Motorsports has nine wins, 44 top-five finishes, 78 top-10s and 11 pole positions. Gordon, driver of the No. 24 Drive to End Hunger Chevrolet, is tied for first among active drivers with five wins at the track, while Johnson, driver of the No. 48 Lowe’s Kobalt Tools Chevrolet, most recently went to Victory Lane there for the organization in March 2010.

Kasey Kahne, driver of the No. 5 Farmers Insurance Chevrolet
Qualified: 10th
At Bristol: In 16 starts at Bristol Motor Speedway, Kahne has three top-five finishes and six top-10s. Kahne earned his best finish at the short track in August 2007 when he started from the pole and finished second. The driver of the No. 5 Farmers Insurance Chevrolet has earned top-10 finishes in three of the last four March races at Bristol.
Most recently: Kahne earned his first pole position with Hendrick Motorsports after turning a track-record Cup qualifying lap at Las Vegas Motor Speedway last week. During the race, Kahne overcame a loose-handling car to put himself in position for a top-five finish. But his efforts were stalled with four laps to go when he was collected by another car. Kahne finished 19th in his No. 5 Farmers Insurance Chevrolet and ranks 26th in the driver standings.
Kahne says: “I really enjoy going to Bristol. It’s a fun track to race on, and you can’t beat the fans there.  It has always been tough to pass, so qualifying up front is big.  I’m excited with the equipment we’re bringing to the track each week. We unloaded a great car in Vegas and just got caught in someone else’s wreck at the end. If we keep ourselves out of trouble at Bristol, we’ll be in good shape.”

Jeff Gordon, driver of the No. 24 Drive to End Hunger Chevrolet
Qualified: Fourth
At Bristol:  Gordon has earned five wins at Bristol Motor Speedway, his most recent was in August 2002 when he won from the pole. The driver of the No. 24 Drive to End Hunger Chevrolet has led 2,646 laps at Bristol, which is 1,271 more than the nearest active competitor. Gordon has accumulated 15 top-five finishes, 21 top-10s and five poles in 38 starts at the high-banked track.
Most recently: Gordon overcame handling issues to finish 12th at Las Vegas Motor Speedway on March 11. He led two laps and ran as high as seventh during the 267-lap event. After Gordon’s finish at Las Vegas, he ranks 17th in the driver standings.
Gordon says: "Any time you run well at a track, it always seems to move further up the list of your favorites.  The way we ran last summer, I can't wait for this weekend."

Jimmie Johnson, driver of the No. 48 Lowe’s Kobalt Tools Chevrolet
Qualified: 22nd
At Bristol:  Johnson has one win, six top-five finishes, 11 top-10s and one pole in 20 starts at Bristol Motor Speedway. Four of his six top-five finishes were earned in the last five races run at the .533-mile oval. According to NASCAR loop data statistics, the driver of the No. 48 Lowe’s Kobalt Tools Chevrolet has the sixth-highest driver rating at Bristol. Johnson is ranked second in laps run in the top 15 and fourth in laps led.
Most recently: Johnson started from the rear of the field during last weekend’s Cup event at Las Vegas Motor Speedway. He quickly moved to the front of the pack and took the lead before the midpoint of the race. Johnson led 35 laps before driving to a second place finish at the 1.5-mile racetrack. He now ranks 23rd in driver standings.
Johnson says: “I’m so proud of the one win I have at Bristol. It’s been such a tough track on me over the years that I really want another trophy there. We’ve been very close, and I think we’ll be a threat this weekend.”

Dale Earnhardt Jr., driver of the No. 88 National Guard/Diet Mountain Dew Chevrolet
Qualified: 18th
At Bristol: In 24 Cup starts at Bristol Motor Speedway, Earnhardt has scored one win, seven top-five finishes and 12 top-10s. The driver of the No. 88 National Guard/Diet Mountain Dew Chevrolet has an average finishing position of 11.7 at the short track.  Earnhardt has led 743 laps at Bristol and completed 98.8 percent of all laps he’s attempted (11,865 of 12,013 total) at the .533-mile oval.
Most recently: Earnhardt finished 10th last weekend at Las Vegas Motor Speedway after a strong run at the 1.5-mile racetrack. The driver of the No. 88 National Guard/Diet Mountain Dew Chevrolet took the lead on the first lap and continued to pace the field for the next 70 laps. His performance at Las Vegas helped him improve one position to fourth in the driver standings. After three races this season, Earnhardt has one top-five finish and two top-10s.
Earnhardt says: “I always look forward to going to Bristol and racing there. Daddy (Dale Earnhardt Sr.) won a lot of races there, and I enjoyed watching races there as a kid. They changed the configuration and the way the car goes around the corners is a little bit different.  Getting the car to turn in the middle and get out of the corner is a little bit different and a little more challenging.”