Byron to start third for playoff opener at Darlington

Larson to start seventh in Xfinity Series race at Darlington 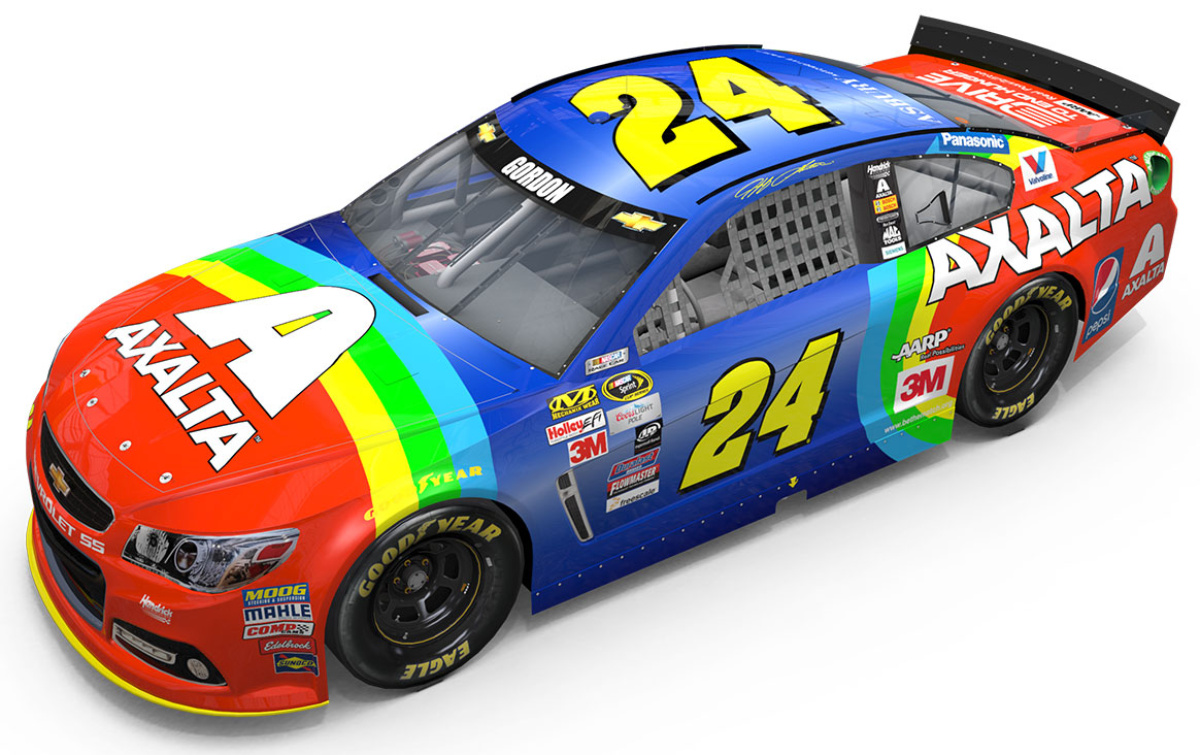 At long last, thanks to Axalta, Jeff Gordon’s No. 24 Chevrolet SS will once again sport the iconic rainbow paint scheme.

He will race the special Axalta car at Bristol Motor Speedway on Aug. 22.

To celebrate the scheme’s return, let’s take a look at the rainbow Chevy – which Gordon drove from his very first start in 1992 through the 2000 season -- by the numbers.

1: Rookie of the Year trophy

17: Different tracks where Gordon earned at least one win in the rainbow scheme

With the scheme revealed, we’re less than two months until the #Rainbow24 returns to the track one final time.