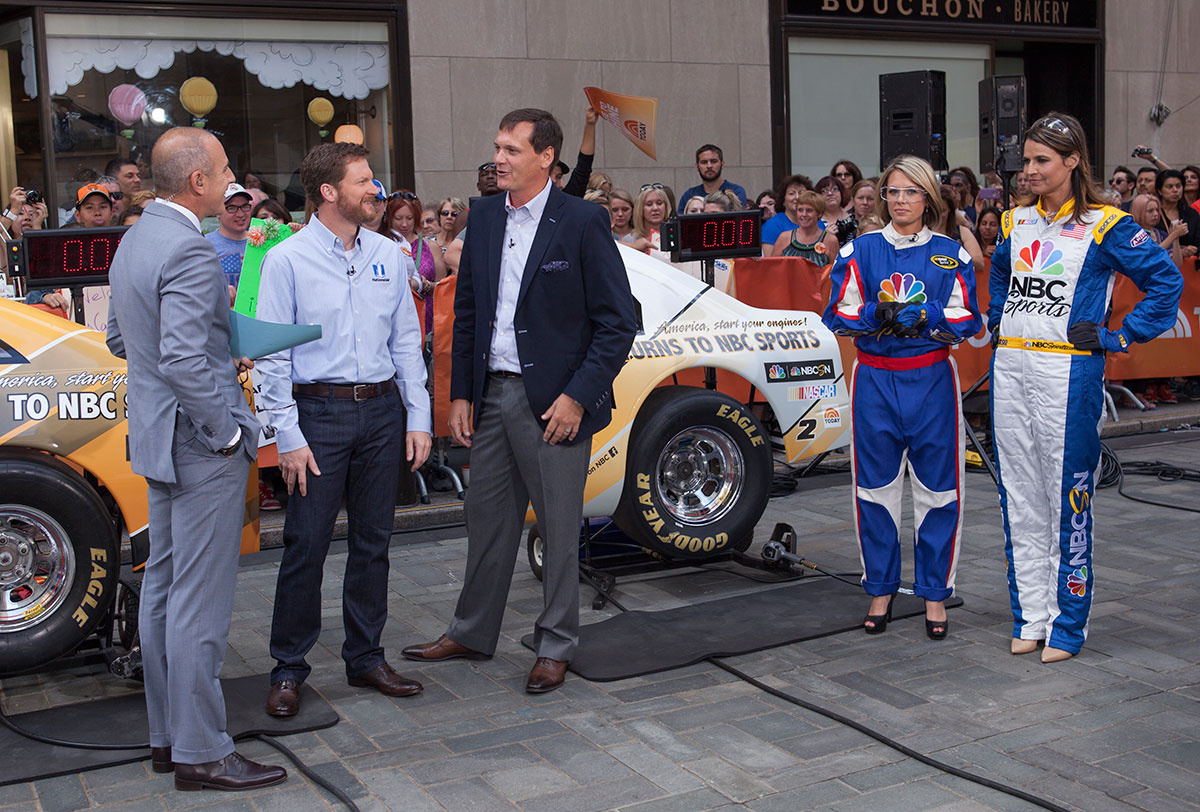 Tuesday morning on "The TODAY Show," he joined NBC Sports analyst -- and former No. 88 team crew chief -- Steve Letarte for a pit-crew competition. Both men served as coaches while two anchors attempted to change a single tire.

Letarte's team got the best of the first round, and Earnhardt asked to make it a best-of-three competition.

You can watch the full segment, which included a look at the making of the No. 88 Nationwide Stars and Stripes Chevrolet SS, below.