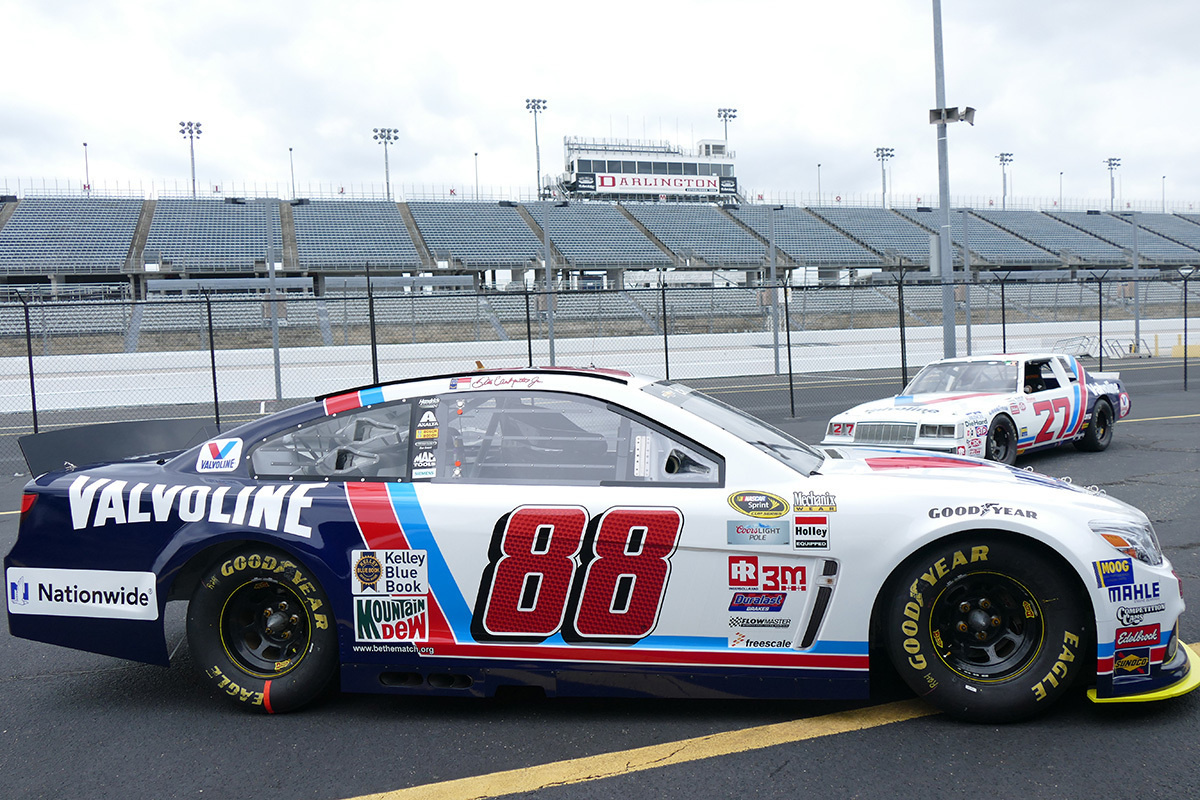 CONCORD, N.C. – The Southern 500 has returned to Labor Day weekend.

The historic event at Darlington Raceway hasn’t been held on Labor Day weekend since 2003, when Terry Labonte found Victory Lane in his final win for Hendrick Motorsports.

So it only makes sense that the new NASCAR Hall of Famer will serve as the grand marshal. And the track is commemorating the event with the hashtag #TraditionReturns.

The race has taken on a retro feel to celebrate the occasion. NBC, which will broadcast the race at 7 p.m. on Sunday, Sept. 6, is gearing up to celebrate the look, sound and style of the 1970s. Special features will include retro on-air graphics, vintage NBC logos, legendary broadcasters – and even bell-bottom pants.

The network provided a preview of the festivities, which can be seen in the video below.

“I think it’s really cool,” Jeff Gordon said. “The Southern 500, Labor Day weekend, that is definitely a throwback. It’s going to be hot, I know that, and slick and that is also going to bring back a lot of thoughts and memories of the races that I’ve run at Darlington over the years.”

Teams are going all out to mark the event as well.

Chase Elliott – who will make his final Sprint Cup Series start of the 2015 season Sunday – will drive a No. 25 NAPA AUTO PARTS Chevrolet SS that pays tribute to the car his father drove while earning a $1 million bonus at Darlington in 1985.

Jimmie Johnson’s No. 48 Lowe’s Chevrolet SS will feature the 1940s and 1950s Lowe's Home Improvement logo that was prominently used beginning with the company’s founding in 1946 and through the same time period in which Darlington Raceway first opened in 1950.

Dale Earnhardt Jr.’s ride will be a brand new No. 88 Valvoline Chevrolet SS that serves as an homage to the brand’s storied history in motor sports with an early-1980s look inspired by Valvoline cars driven by some of the era’s racing icons, including Cale Yarborough, Ron Bouchard, Neil Bonnett and Buddy Baker.

And that’s just the tip of the iceberg.

“I’m really looking forward to seeing all of the throwback paint schemes,” Earnhardt said. “There’s going to be a lot of things the fans are going to enjoy. Not only being here at the racetrack and being able to see everything, but the racetrack itself is sort of rebranding itself with all of the old signage and bringing back the ‘Too Tough to Tame’ slogan they used for years. Even the broadcast is going to have some throwback ad space during the commercials, which I think the fans are really going to love that are tuning in at home.”

Yarborough, who helped Earnhardt unveil the throwback scheme he’ll drive this weekend, said he appreciates what NASCAR and Darlington Raceway are doing.

“I think it’s a great idea,” Yarborough smiled. “I‘ve heard a lot of comments about it. I think it’s good for the sport to go back every now and then look at the past.”