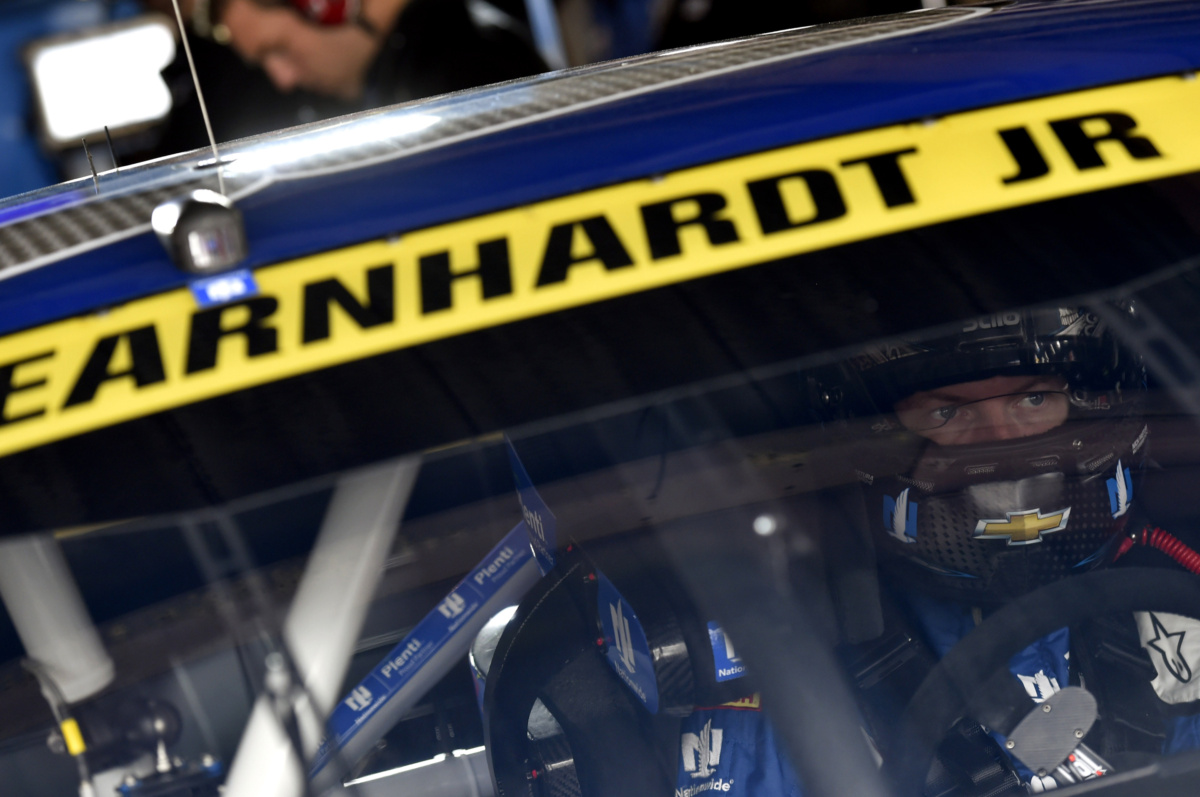 DOVER, Del. – A thrilling final race of the Challenger Round of the Chase for the NASCAR Sprint Cup saw one Hendrick Motorsports teammate lose his spot in the postseason, but another save his run for a championship in the final laps.

Dale Earnhardt Jr. used the final restart of the race to gain four crucial positions and jump into the top 12 in the Chase standings, allowing him to advance along with Jeff Gordon to the Contender Round of the postseason.

Jimmie Johnson wasn’t as fortunate, as an issue with a rear axle seal sent him to the garage early in the race en route to a finish of 41st. Johnson was eliminated from the Chase with the result.

Earnhardt finished third and Kasey Kahne joined him in the top 10 with a sixth-place finish. Gordon took home 12th place.

Below is a look at how the Hendrick Motorsports drivers fared Sunday.

KASEY KAHNE, NO. 5 HENDRICKRIDEALONG.COM CHEVROLET SS
FINISHED: 6th
STANDINGS: 17th
RECAP: Kahne began Sunday’s race from the 17th position, but quickly jumped seven positions to knock on the door of the top 10. After a quick pit stop during the competition caution at Lap 40, Kahne was inside the top 10 for the first time in the race. He continued to race at or near 10th place for the next 120 laps. But he started gaining ground to get all the way to sixth on Lap 170 as the only non-Chase challenger in the top 10 at the time. When a caution flag waved due to an incident, the No. 5 team helped gain Kahne a position on pit road. He returned to the track in fifth for the restart on Lap 206. During the next caution, Kahne headed to pit road on Lap 232 and was the second driver off of it – but he had to sacrifice the position and head down pit road a second time due to a fueling issue. That left him in 15th for the restart, and he began trying to gain position back. He reached the top 10 once again with less than 40 laps remaining in the race. He ultimately finished sixth.

JEFF GORDON, NO. 24 AARP MEMBER ADVANTAGES CHEVROLET SS
FINISHED: 12th
STANDINGS: 7th
RECAP: Gordon started Sunday’s race inside the top 10, which is where he would remain for the first 112 laps of the race, moving as high as sixth place in the process. But when a caution flag waved for debris on Lap 112, Gordon returned to the track in 13th. He settled into 12th, remaining just outside of the top 10 until another caution flag waved just before the midway point of the race. Gordon headed to pit road and returned to the track in 10th for the restart on Lap 206. He continued to teeter on the edge of the top 10, settling into ninth with less than 50 laps remaining in the race. He ultimately finished 12th, which was enough to advance him to the next round of the Chase.

JIMMIE JOHNSON, NO. 48 LOWE’S CHEVROLET SS
FINISHED: 41st
STANDINGS: 13th
RECAP: In his 500th career start, Johnson rolled off the grid in the top five. But things did not go the driver’s way from early in the race. Though he reached as high as third place, he was penalized for speeding on pit road during the competition caution after Lap 40. From 28th at the back of the lead lap, Johnson worked to gain 12 positions just before Lap 100, but he then headed to pit road for an unscheduled stop. A rear axle seal was the culprit and forced Johnson to take the No. 48 to the garage. He was able to return to the track down 37 laps in 43rd, working to gain as much track position as possible to remain in the Chase picture. He ultimately finished 41st, but was eliminated from the Chase.

DALE EARNHARDT JR., NO. 88 NATIONWIDE PLENTI CHEVROLET SS
FINISHED: 3rd
STANDINGS: 11th
RECAP: Earnhardt found himself just outside of the top 10 at the start of Sunday’s race, but by Lap 53 he had advanced to ninth. When a caution flag flew on Lap 112 for debris, Earnhardt was up to seventh, and after a speedy pit stop, that’s where he was set to restart as well. But loose lug nuts sent Earnhardt back to pit road during the caution, so he restarted 19th at the tail end of the lead lap. He spent the next chunk of the race attempting to regain the lost position, and his pit crew was able to help him regain some of it on pit road during a caution just before the midway point of the race. On the restart at Lap 206, Earnhardt settled into 10th position. He continued to gain position, finding fifth by the time a caution flag flew at Lap 312 – and picking up another two spots on pit road to restart third with 84 laps to go. But Earnhardt reported a loose wheel that would potentially cause an unscheduled pit stop. However, a caution flag with 47 laps remaining in the race allowed Earnhardt to head to pit road for four fresh tires. He fell back to eighth on the ensuing restart and went from tentatively in the second round of the Chase to tentatively out. Another caution flag with less than 30 laps remaining in the race gave Earnhardt another shot at a restart to pass some competitors. When the green flag waved, he did just that, jumping up to fourth. He ultimately finished third and earned a spot in the next round of the Chase. “Big heart right there,” No. 88 crew chief Greg Ives told Earnhardt over the radio.